What is going on? 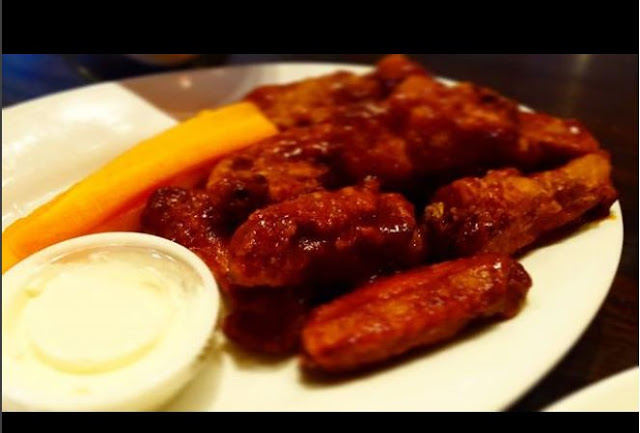 I was getting on track, and then BOOM, life happens.


The end of 2017 came much faster than expected. I was working hard on getting as many late 2017 official reviews done. Those reviews are the most important thing for me on the blog - it's what made the blog. It's what I use to remember what wings were like.

Then I got sick. Lost my voice, was fairly ill and going on the computer was one of the last things I wanted to do. No problem, use my cell phone right? Well that went on the fritz too, and I scrambled to back up and replace my first cell. Then it was travel back to the GTA and then off to Cuba for a week (with no internet access) which to be honest, was a great social media break.

I came home to my father-in-law's place, where we prepared and hosted several memorial events for my mother-in-law who passed away 2 years ago. Had a visit with my Grandma, and took some kids to Chuck-E-Cheese & Star Wars. I thought there would be some downtime, but I had none.

Then I thought, I'll have time once we get back to Ottawa. Well, another round of being sick and being busy kept me from even setting up my computer for days.

So 2018 has been off to a crazy start but I'm excited for 2018 to be the Phoenix year of my blog. I have a lot planned, not sure when it's getting out, but here's what to look forward to soon:

How was your holidays?

Labels: A Word from LOTW