THE GOODMAN PUB & KITCHEN ~ Toronto ON

Back in November I had a whirlwind return tour of Toronto. It was a busy trip but I was able to meet up with a few folks, reunite with some old wing favorites, and try some new ones. 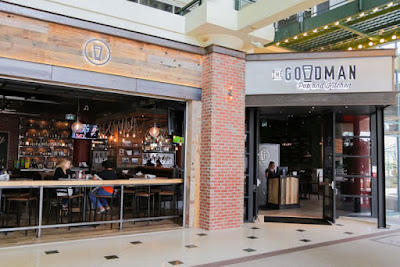 It was a Friday night and I was meeting with my friends Kathy & Desiree. We had to meet near the waterfront, so Desiree suggested we go to Goodman's. Goodman's is a part of a conglomerate of  Fab Restaurants and bars ( I've reviewed Pogue Mahone's before, and The Foggy Dew & Murphy's Law were places I have in my review queue from my inactive blogging years).

I'm going to warn you now, this was a half assed review. I was so busy catching up and listening and telling stories that I took poor photos, not enough (I didn't even get my companions in a shot!) and just didn't follow up as I should have. 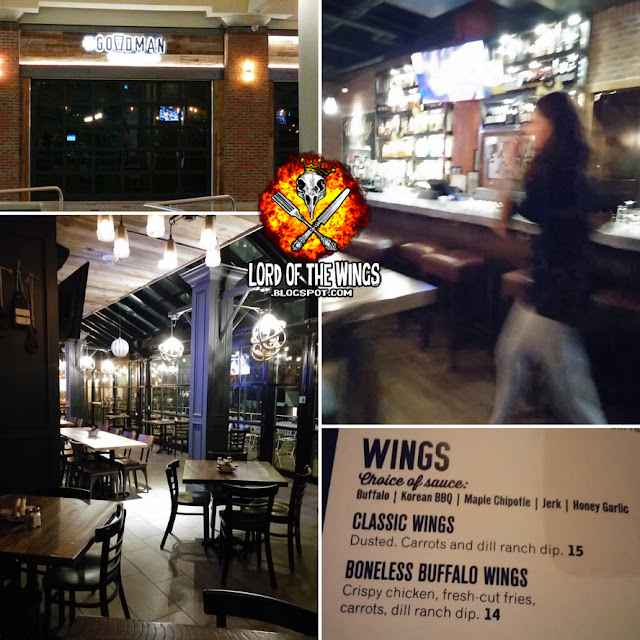 This was a huge place, with lots of rooms with different styles. I liked the decore, but it was way too loud inside. Especially since the place was empty. For a Friday night it was pretty dead - in the room we were in it was just us and two other tables.

When picking places, Desiree took into account my love of wings, and I was ready to live up to my reputation and go with the wings. 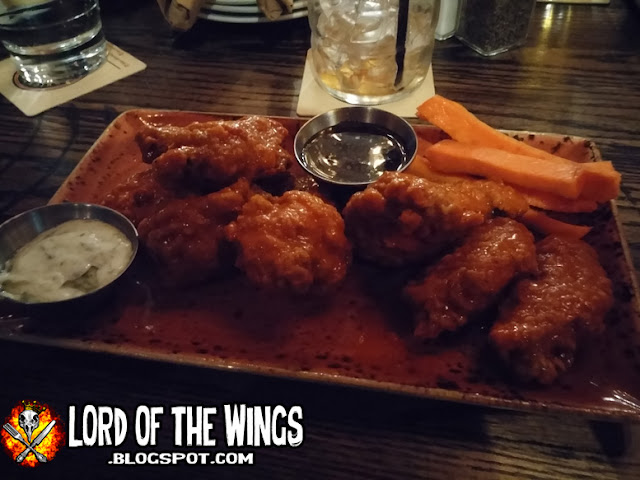 My platter came and I was pretty psyched for the delicious looking wings. 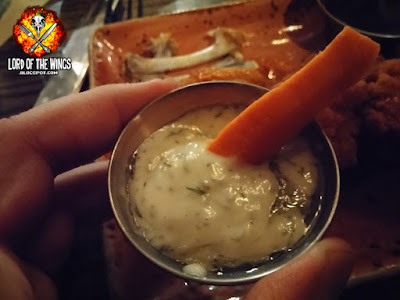 I was happy to see some carrot sticks and dip on the side - so many places don't do this anymore, its a shame. That dip, a Dill Ranch was homemade and very good. Creamy, but also a little oily - it was very dilly and just the right amount of ranch flavour. 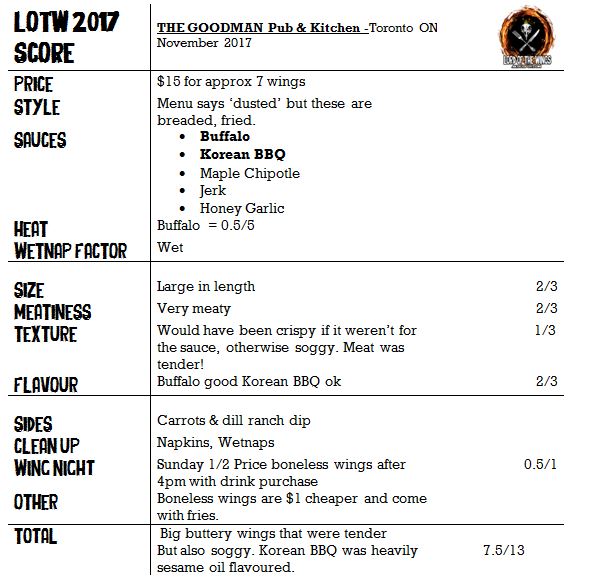 The menu doesn't indicate any kind of numeric value for how many come in an order. They just say "Classic Wings" and "$15." Usually a place says 10 wings, or 1 lb. Not Goodman's. My order came with 7 wings. Certainly not a deal at $15. 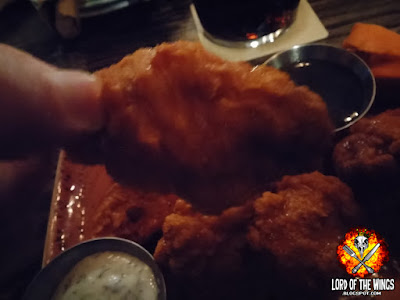 These were very large wings - they were long wings and very meaty. I would say that these 7 were more than a pound based on the size and weight. The menu describes them as 'dusted', but that must be a heavy dusting, because I would describe these as breaded. The meat was super tender, and I could easily pull the bones apart. The wings were also very wet, which was great for sauce, but the skin was super soggy. You win some you lose some I guess. 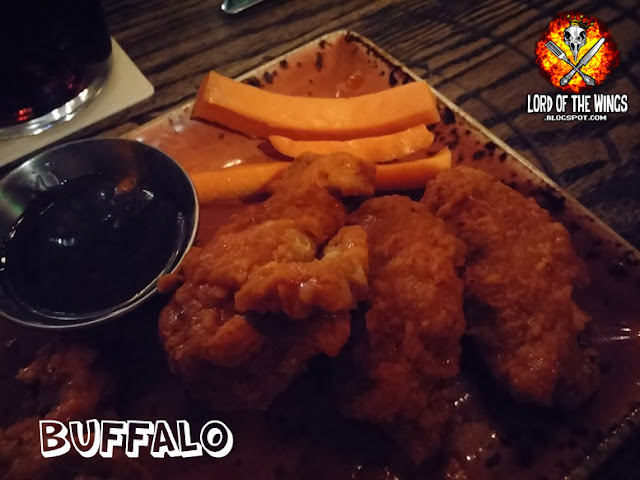 Buffalo was a pretty classic Buffalo - very buttery with some cayenne  pepper hot sauce. It wasn't spicy, but it was rich. 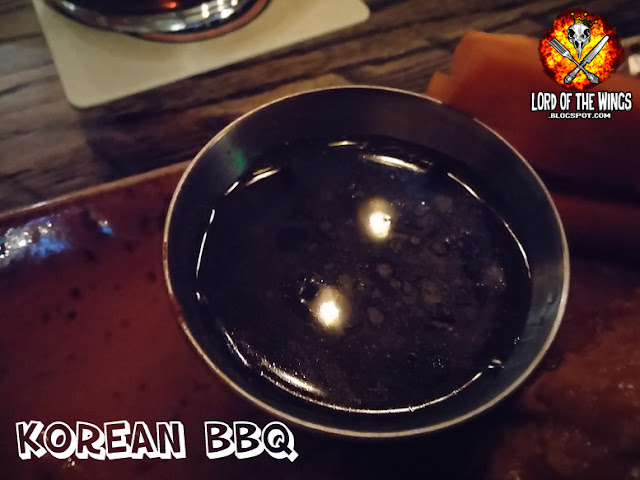 This was an interesting sauce - the dominant flavour was sesame oil. It also has some sweetness (honey?), but also salty soy. This would be a good side dipping sauce, but I can't imagine having a whole order of wings with this sauce.

Goodman's Pub & Kitchen has some pretty good wings. Big, meaty, saucy and the Buffalo is very buttery - not hot - but buttery. The downsides were the wings were soggy and they were pricey. I wouldn't bother with the Korean BBQ. And that dill ranch was aces. The atmosphere was pretty cool, but the best part was hanging with friends. 7.5/13 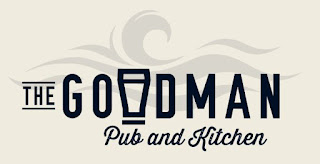 The Goodman Pub & Kitchen
207 Queen's Quay West, Toronto ON
http://fabrestaurants.ca/restaurant/thegoodman/
Posted by Lord of the Wings at 10:15 pm