Best in Chow interviews Lord of the Wings


I received an invite by a producer of the show Best In Chow to be interviewed for one of their segments, Wing Wars, and I happily agreed.

Best in Chow is hosted by Chris Nannarone and each episode they go to a city and have 3 restaurants compete against each for the title of champion. Chris asks locals where their favourite place to go is, he checks out the top 3, then a panel of judges decide who is the best. In Canada the show is usually toted by it's meal subject nature, "Burger Wars" or "Taco Wars."

Here's a clip from an episode:

Their next season is coming up and they are doing everything from carnival food, lasagna and of course wings. 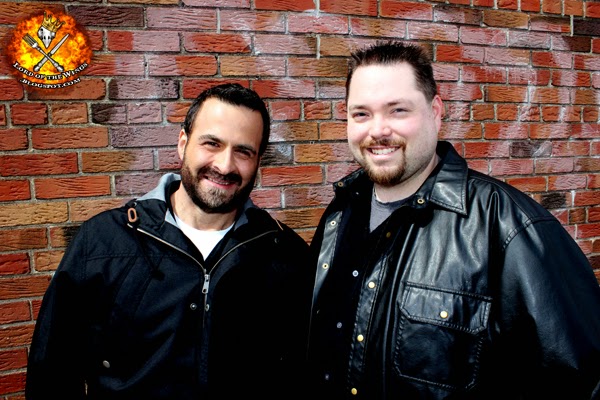 I met the crew up on Avenue road at a restaurant they were filming in for another segment wasn't open - so on the sidewalk I had make-up applied, was mic'd up and we went around the corner to film against a brick wall. I thought the interview was going to focus on Toronto wings, but it was just wings in general and my opionion that they focused on.

It was quick, but it was great (and a little weird) to be the focus of expertise. In between camera set ups Chris and I chatted about wings (he likes them big, dry and tasty - no heat) and I learned one of the camera guys did a heat challenge wings with scorpion peppers and was sick for three days.

Thanks for seeking me out and for showcasing Lord of the Wings on your show!

Check out the next season of Best in Chow this June, Cooking Channel in the US and CMT in Canada.