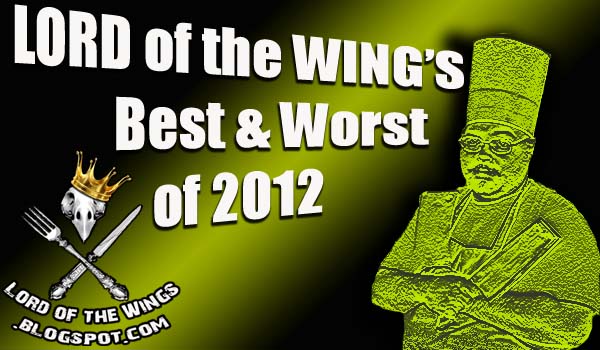 The end of the world never came (it never was going to anyway) - but I ate wings like it was going to. 2012 was bitter sweet for me. Lots of great memories, lots of great wings. The downside was the neglect of the Blog. Life got busy, my job got bigger, and it became a lot harder to write the blog. 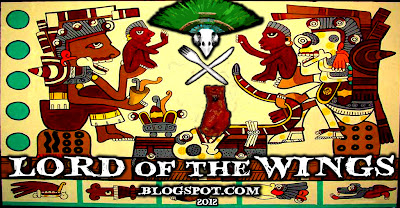 So many delays and it really bothered me that a big part of me was put off. Even this list is a month over due. But things are coming back to normal. My passion for wings and writing is just as strong as ever, and I may never get to cover everything I want to, but I will write on.  2012 brought lots of new wings, and so will 2012. 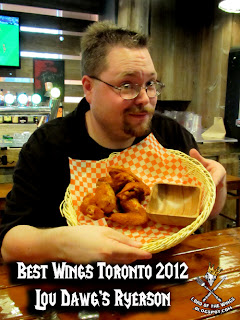 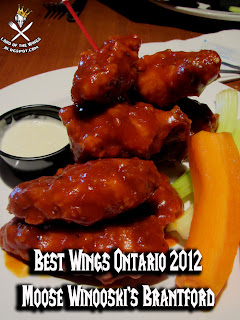 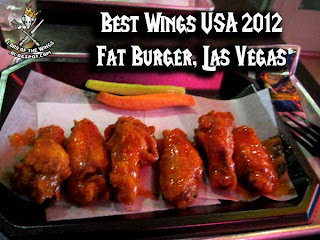 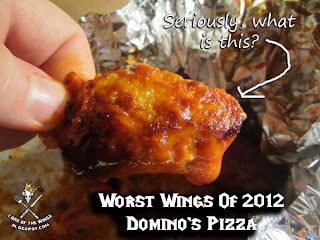 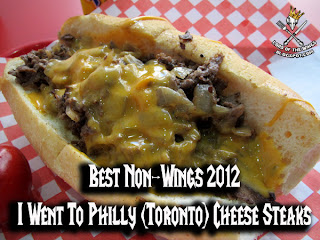 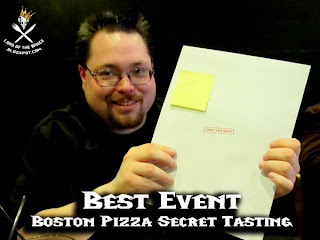 
I'm looking forward to 2013 and making this a wingtacular new year!

Wing King
Lord of the Wings 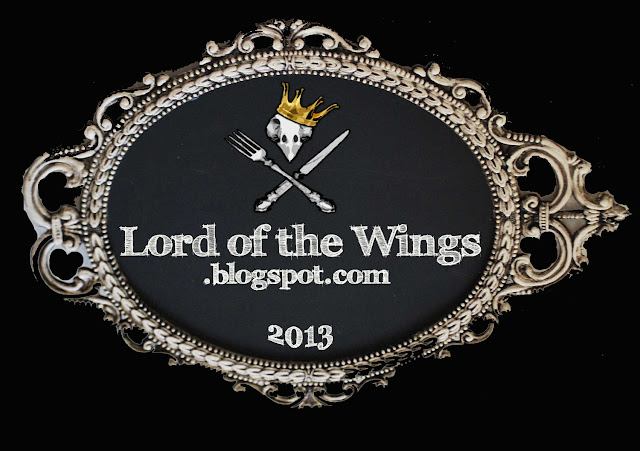 I was home for the holidays and while cruising around my hometown I saw a new pizza place. The location, across from Annandale school, has been a number of places - the last I remember was a Godfather Pizza joint, but it might have been something since then. 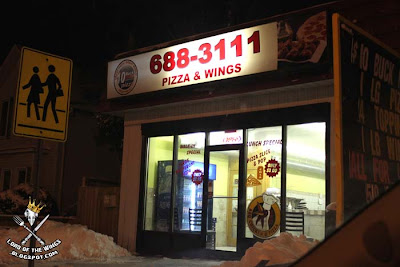 What caught my eye was the big chicken in the window and the picture of wings with their pizza on the main sign. 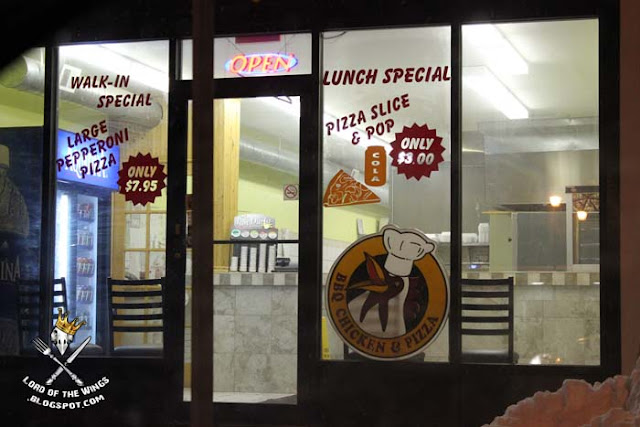 There seemed to be a ton of specials on wings and pizza and a bunch of other eats. I don't know if this is a new chain or if its just local, but I thought I should try it out. It was late at night, but the staff were busy running around inside getting things ready. 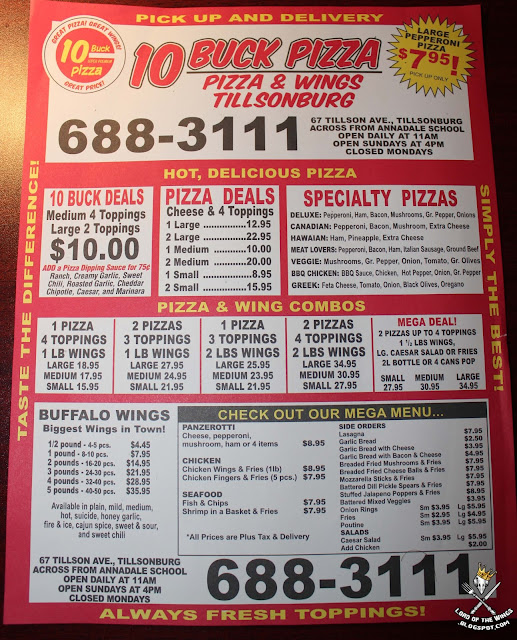 There is some seating inside, but it's really a take-out place. There was a sizable menu, but I was just focusing on the wings. 2 things jumped off the menu at me: 1) Buffalo Wings (would they really be Buffalo?) 2) "Biggest Wings in Town!" (would they really be the big, let alone the biggest?  I placed my order, and 15 minutes I had my take-out. 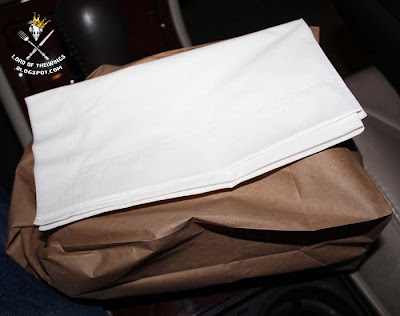 The wings were in a styrofoam container, which meant I had to eat them quick before they steamed themselves out of crispiness. The smell wasn't that appetizing from the box . . . I had a lot of things to be worried about these wings. 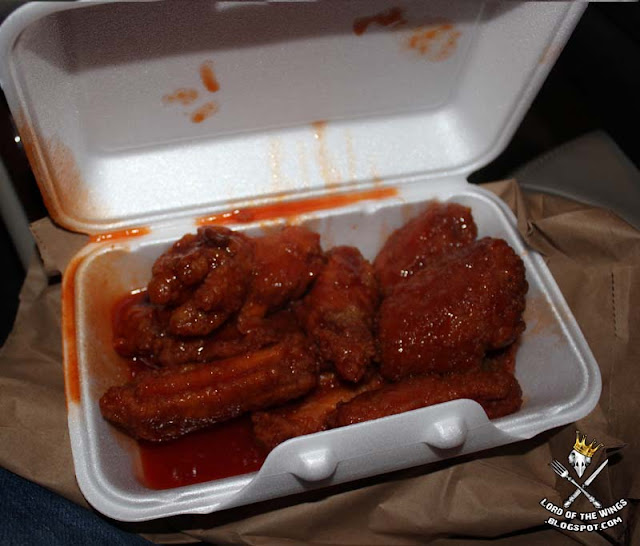 I opened them up  . . . and was very surprised by jumbo, beautiful looking wings. 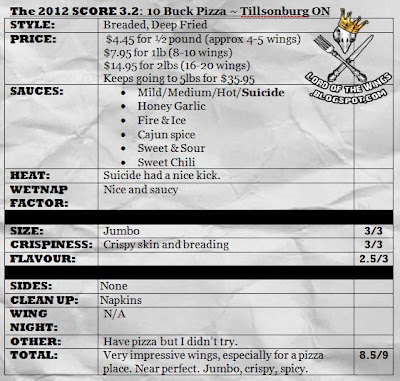 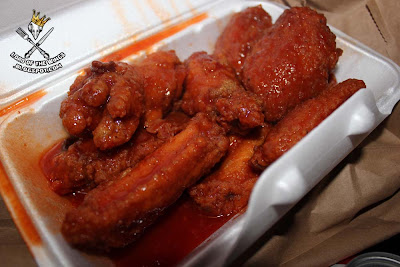 I went with a pound of wings. I figured that it wouldn't be very much. I was wrong.

The wings were truly jumbo wings. Hands down the largest in town. Long, plump and meaty wings. The best part was that they were crispy and the meat was tender. The wings seemed to be dusted, and they are deep fried. This gives the skin an extra crispiness, and it held up well to the little lake of sauce in the container. 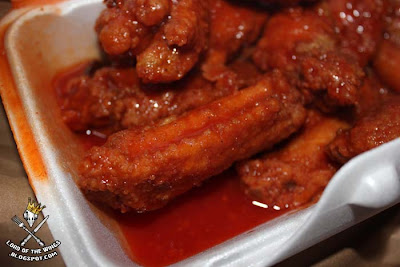 I went with suicide. When I watched the girl behind the counter making my wings, I saw her pour a jug of sauce over them. It looked like a Third Degree bottle, but the sauce didn't seem like pure 3rd Degree - it had more dimension to it - maybe mixed with something. It was very tasty. 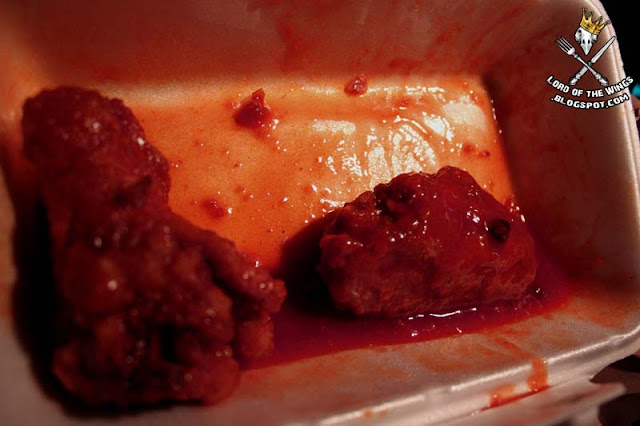 FINAL SCORE:
I was blown away - I was really only expecting sub-par wings, but these were superb. These were jumbo in length and meatiness. They were perfectly crispy with a little dusting and a little snap to the wing skin. The sauce might have been something bottled, but it was tasty and had some spicy heat to it. For a pizza joint's take-out wings, these were simply awesome. 8.5/9