Now since I moved away from home in 1999 I have not been close to the family and able to attend. I think since 2000 I've only been to 3 or 4 of these events. I wanted to make sure this year my wife and I made the 6+ hour trek to be with the family. I also wanted to show off my app game since I had been eating their food for so long. I wasn't sure what I was going to make, when I got a message from my cousin Adam who was hosting the event:

And if the Lord of the Wings is making wings, they better be impressive. So I decided to make my Double Fried Korean Spicy & Sweet Wings. I chose these wings because a) they are able to hold up for travel b) they are unique c) they are sweet and spicy which is a combination that is hard to not like.

I'm not posting my recipe, but I wanted to show off my process a bit. Double fried wings meant that the chicken would not only stay crispy/crunchy for travel TO the party, to STAY at the party, but also to stand up to the sticky thick sauce.

In the photo above, you can see the fry process - the dredged breaded wings are into the fryer, they rest, then fried again at a higher temp, then done. 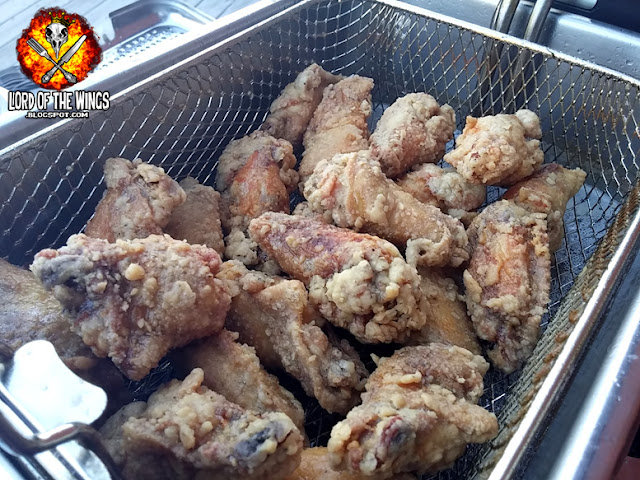 Look at those wings. My 'pitmaster privilege' meant I got to sample one first, you know, to make sure they were ok to solve. These were so good just like this. Season, crispy, crunchy. Good.

While these were frying the sauce was being made on the stove. I did not take any pictures. Not on purpose. But I was outside frying, going to the kitchen to supervise the sauce, getting dressed for the party, and I didn't take pics. It's a problem anytime I cook for an event because I'm so focused on prep and execution I forget to take pics.

Anyways I decided that I wasn't going to put the sauce on until we got to the party. My folks had a cool little pouring jar for me to use which worked great. 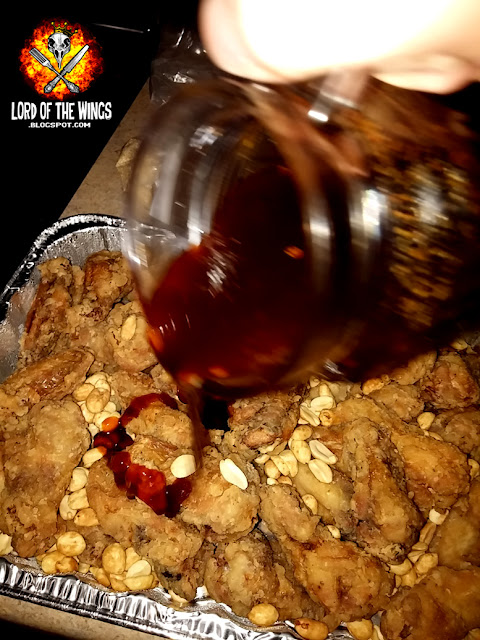 Flash forward to the party and I kept the wings in a tin serving tray. I added peanuts (yes peanuts) to the wings, and then poured that thick, sticky sauce all over the wings. Nikki, hostess of the party, said I needed to Boomerang that shot and I thought that was great. But for some reason, those vids didn't save. 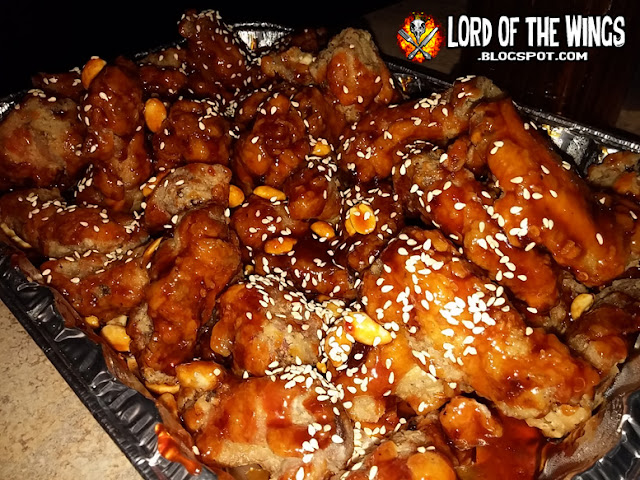 After pouring the sauce and mixing the wings, I added sesame seeds, mainly for presentation. Then we added the wings to the buffet. People loved the wings. They disappeared very very quickly. So many of my family came up to me to tell me how good they were (which is a big honour because my family is big into wings). I even overheard people telling new arrivals to the party they had to try my wings. I'm glad they liked it.

My folks also didn't know what to bring this year, and my orriginal idea that I was going to bring was my 3 Cheese Bacon Wrapped Jalapenos (or ABT's or Atomic Buffalo Turds). So we made this to bring. These too were so popular that when my mom was carrying them to the buffet table, the platter was half empty as people took as she walked by. They were a gooey mess, but dang they are good.


It was great to see so much of my family again. I wish I had a chance to talk to more of them - I mean there were 5 generations hanging out in one space. I also wished I had taken more photos (not just of the food, but the people as well!). Instead, here is a photo of my family x-mas circa 1989(?) I think with most of my cousins at that time. 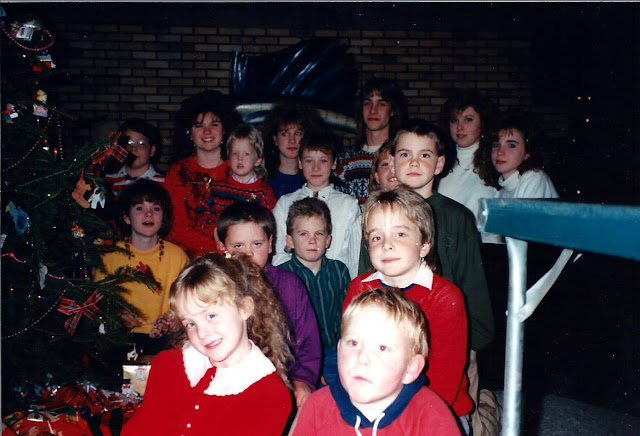 Maybe next year we can recreate this shot ...
Posted by Lord of the Wings at 12:13 pm