Today is Wilbur Scoville's 151sts Birthday, and Google is celebrating! 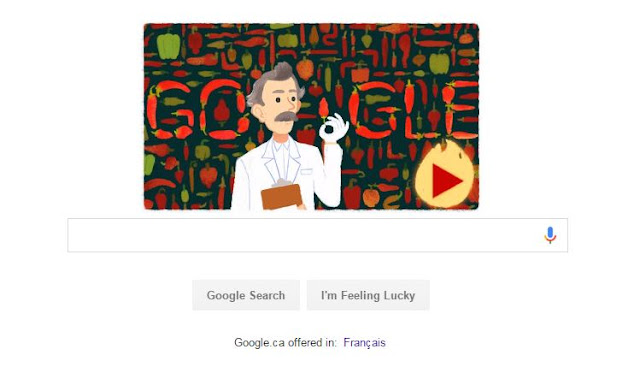 Who is Wilbur Scoville?

He's the dude who came up with the heat scale in which we measure how hot a pepper is.


So I think it's awesome that Google is recognizing the man who taught us so much about their heat. Want to learn more?  http://www.google.com/doodles/wilbur-scovilles-151st-birthday


You can watch the video below, but for the rest of the day you can play the game!

I've eaten wings rated over 1 million Scovilles - how hot can you eat?


Happy Birthday Wilber Scoville!
Posted by Lord of the Wings at 9:29 pm No comments: 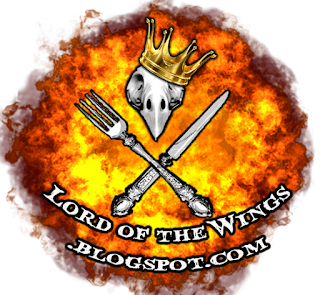 
Life has been going at light speed and doesn't seem to be stopping. I love writing this blog but 2015 saw my worst year to date in keeping up with it. Not a single restaurant review (I documented places, but never posted). I hate saying things are busy because everyone is busy, but I stopped writing because I focused my energy elsewhere. Life changed.

It was a year of ups and downs. I've been engaged to a woman I love, and have been planning a wedding. I had some health set backs that while managed, drained a lot out of me. I got some excitement back in the blog by teaming up with Sobeys to do some crazy recipes. I got a new job and move out of my 'palace in the sky.' I no longer live at my workplace, which I thought would lead to oodles of time to work on the blog, but it didn't. I traveled a LOT across the province, but rarely with any real recreation or rest. I got a cell phone (my first! I know I know) which has changed how I social media my wings. My grandma died just before Christmas. 2016 started with my future mother-in-law also dying.

It wasn't a great start to a new year. But like 2015, it will be filled with highs and lows. I have so much to be thankful for and to look forward to: my wedding is in a couple of months; I love where I work; my apartment is great; so are my friends. And I know that this year I will not get back to writing this blog like I used to - its just not possible. But I am committed to keep exploring chicken wing culture, writing when I can, and not feeling guilty when I don't. As I write this I am excited because I'm about to test out a new deep fryer, and then Instagram my meal, which posts to Twitter, and then post it on here.

I often fear that my blog will become one like my wing graveyard. Sometimes I think I should just give it up. But so often people ask me how is the blog, or why haven't I posted in a while, and it makes me feel like I've made a positive impact. When I realized we were celebrating 10 Years of Lord of the Wings, I knew that this was something that has to go on. 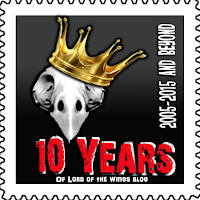 This is a passion project for me, and writing about food is very important to who I am. So don't give up on Lord of the Wings blog, because I haven't. I look forward to exploring strange new wings, to seek out new wings and new wing civilizations. To boldly go where no wing eater has gone before . . . 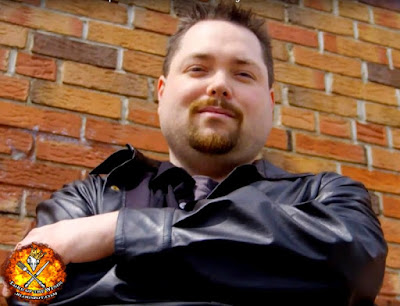