Yes, I am a sucker for advertising. And yes, I admit, I like crap food. I mean, I love a big, meaty, juicy burger. But there is just something about a Big Mac. You know, 'Two all beef patties, special sauce, lettuce, cheese, pickles, onions on a sesame seed bun?'

Well I'm sure you've seen the ads for the newest snack wrap, the Mac Snack Wrap. Yes, the Big Mac is in snack wrap form. And like 3 weeks ago I tried one out. Back in 1998 or 1999 McDonald's came out with the McWrap (which was always degraded to sound like McCRAP), a big pita sandwich that I liked as an alternative to burgers. So combining my love of the Big Mac with the Wrap, could this be a winning combination?

Compare the promotional photo above with the actual photo below. 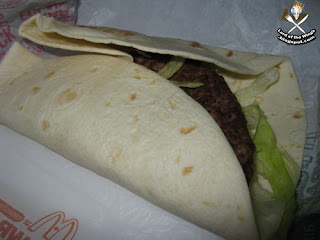 So what makes this wrap a Mac Wrap? Lets break this down: 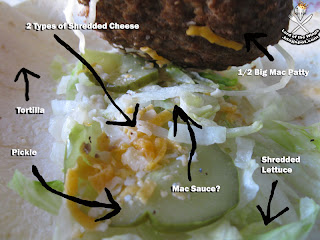 What's Missing? 3 buns, onions? Note: there may be onions, but I didn't really taste or see them. 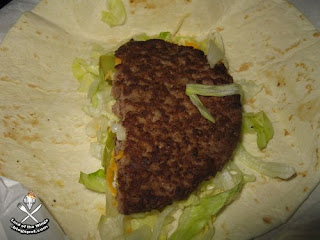 The first thing to keep in mind is that this is a SNACK. It is small. I mean, 1/2 of a Big Mac Patty is pretty freakin small. Like 2 bites. So don't think of this as a meal. Don't do it. Snack. 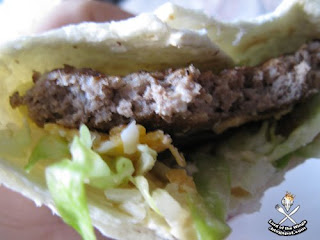 But the important thing is the taste. Once I was actually holding the wrap that I was suckered into wanting, I was thinking, maybe this isn't so great. But I ate it . . . and it was good. Because there is no buns and the tortilla is thin, you taste almost all Big Mac. I mean the dominant flavours of meat, pickle and Mac Sauce.

My biggest complaint would be that it needs another good squirt of Mac Sauce. But otherwise, this was a fresh snack that I liked. Again, nothing special. It wouldn't replace the Big Mac by any means. It was worth trying, but I wouldn't be ordering it on a regular basis. 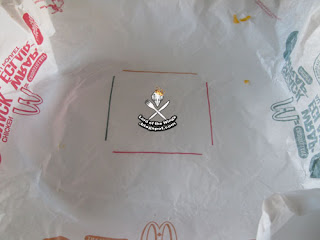 Ugh - I was disappointed in these. The toppings were still cold and the whole thing just didnt work together.
I rather put a Big Mac inside a whopper and have that as McWhopper Wrap.

I'm not a Big Mac fan at all ... unless I have the cheese, onions and lettuce taken off. I'm a Quarter Pounder kinda gal.

I heard Mickey D's is coming out with boneless hotwings this summer......

To be honest, this just looks, well, gross. When I first saw the title, I thought is was a joke because we haven't had those around here, yet. Maybe you all are a test market.

But, I did try something I've seen all over the internet for the past few months. I went to a McDonalds two weeks ago and tried this:
http://www.eatmedaily.com/2009/03/the-mcgangbang-a-mcchicken-sandwich-inside-a-double-cheeseburger/

I didn't order it by name (which is the whole game, trying to get them to serve it as ordered). I ordered the McChicken and a double cheeseburger off the $1 menu and made it myself. My quote to my wife was: "This isn't as awful as you'd think!"

Teena: Does that go for most burgers? No cheese/onions/lettuce or just Micky D's?

Chris: Boneless hotwings eh? My buddy who is in China right now says that wings are on the menu there all the time. I'm still waiting for proof though.

As for the McGangBang, I've been watching the internet light up with this creation . . . glad to hear it is good!