I have a small list of places that I really want to try for wings. A subset of that list are places that I am curious to try, but not super motivated to. Topper's Pizza was on that subset; I have seen this small pizza chain for years but never sampled their wares. Until now. 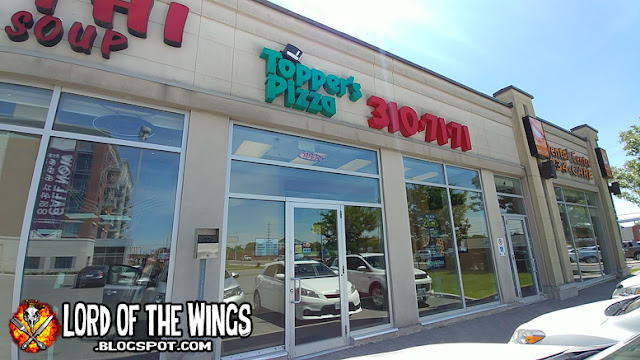 I stopped in to try some wings for lunch at their Merivale location (they list the location as Nepean instead of Ottawa). This is a chain that I am not that familiar with - they aren't big compared to say a Pizza Pizza or a Dominos and they don't advertise in any way that I've seen. They've been around since 1982 and have more than 30 locations, but I have never tried their pizza before. Fun fact, I thought they were called Topper's because of the toppings on the pizza, but the founder's name is Ron Toppazini and the first location was called Mr Toppers. Huh. 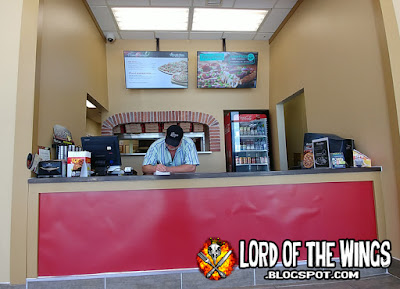 I went in to the very large open store front. There is nothing in there except a few seats for waiting so all the space just seems weird. I was greeted by one of the delivery drivers behind the counter - he was holding down the fort while what seemed like the only employee Priyanka was running around making all the food. He mentioned she would just be a minute as their call order system was down and that she was taking all the orders over the phone. She was very friendly and apologized for my small wait - considering how much she was doing I was impressed with the service. 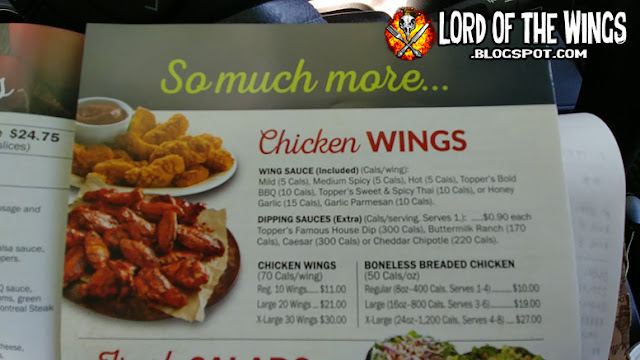 I had scanned over the menu and saw a good size section on wings and boneless breaded chicken. I made my pick and after about 10-15 minutes I had my take-out box. While I was waiting I noticed their Mission Statement on a placard on the counter:


It's a great mission statement - simple and effective. I would see if I was VERY satisfied customer, or would return often or recommend to others. 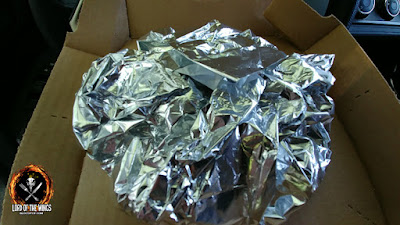 When I got back to the car I opened my pizza box I looked at my wings in crumpled foil wrap - this makes me nervous as a wing container as it can lead to the steaming of wings, especially on a longer trip. I unwrapped them and several things came to my mind all at once: charred wings, fatty wings, tons of sauce, tiny wings, meaty wings. What were they going to be like? 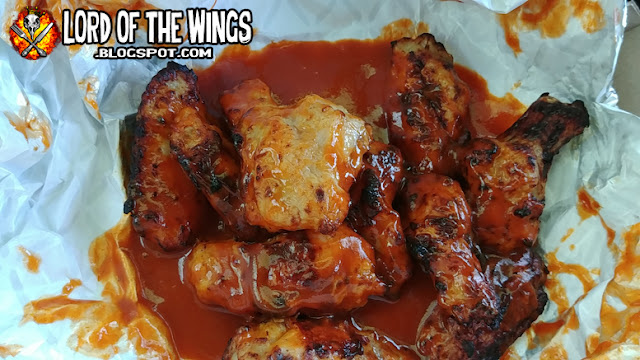 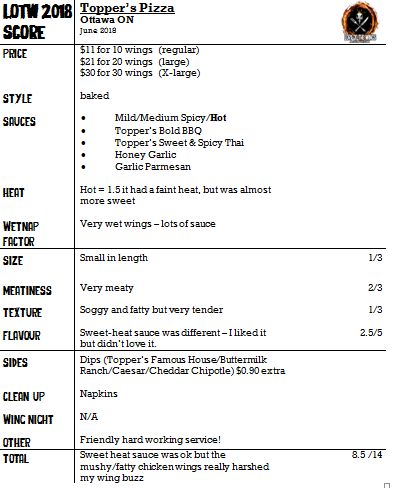 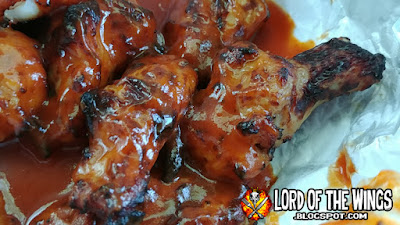 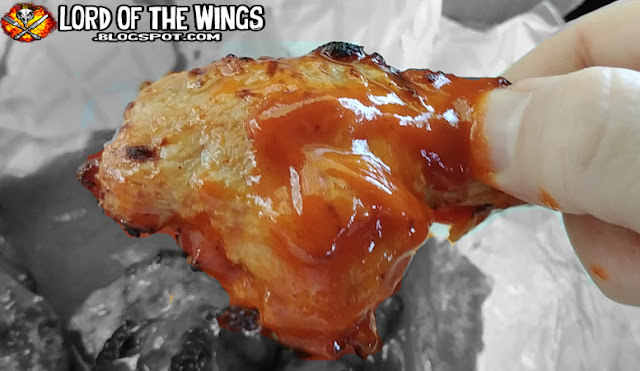 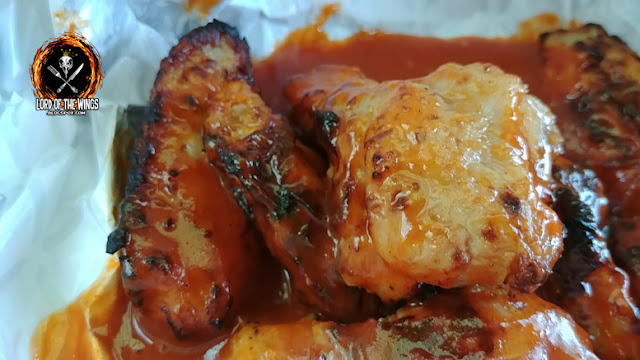 One of my biggest problems with these wings was the texture. These are a baked wing and this does not produce a crispy skin at all. To make matters worse, several of the wings are fatty (see photo above and wing on the right). I liked that they looked charred, but these were a soft mess. Add the fact that they serve these wings with a generous amount of sauce and these were a mushy mess. 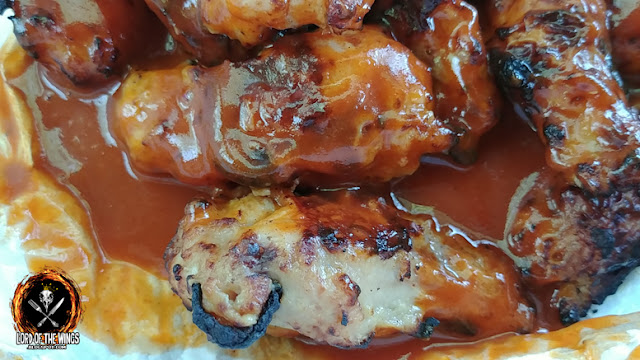 I appreciate the amount of sauce though. The other positive of this is that the wings are very tender. The meat just pulls apart - I could easily just suck the chicken off the bone. 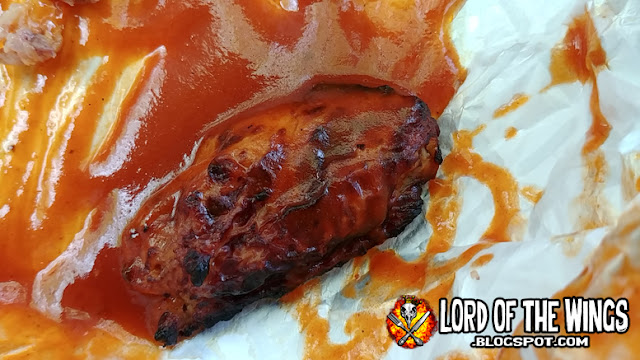 The hot sauce was sweet and spicy. The hot aspect was not like a regular cayenne hot sauce (like Frank's) but something all together different. The sweet side was like a honey sweet. Both had an artificial taste, but it wasn't bad. There was a little sting, and little sweet. 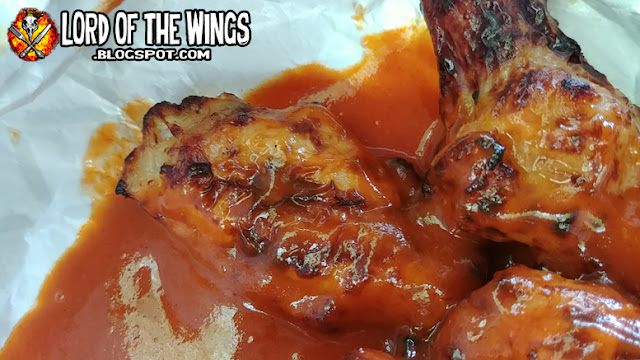 Oh and this is a staining sauce for sure so watch out. I had to scrub and scrub my hands with soap and water to get the stains off my hands! 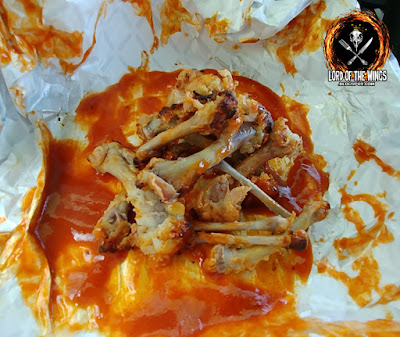 FINAL SCORE:
Just to put it bluntly, these are not wings I would bother with again. There was generous amounts of hot sauce that was sweet and slightly spicy but the wings were small (yet some meaty) and baked which made them soggy, coupled with some being fatty; a terrible texture. Tender, but just a mushy mess. The service was friendly, and maybe the pizza is great. But the wings were not and that's just kind of sad. 8.5/14 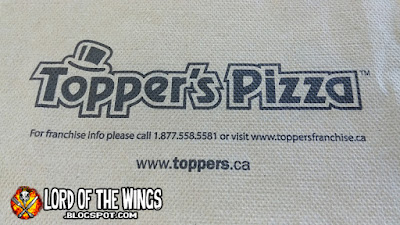 Topper's Pizza
1695 Merivale Road, Ottawa ON (and other locations)
toppers.ca
Posted by Lord of the Wings at 7:03 pm