Every city seems to have it's hidden restaurant treasures with tasty options that the rest of the city doesn't know about. I had driven past Sherwood Market & Deli several times but didn't think much of the place because it looks like a convenience store. But after LJ had a work function catered with Sherwood sandwiches a few months ago, she said we should check it out.

Turns out it wasn't so much of a secret to the city. 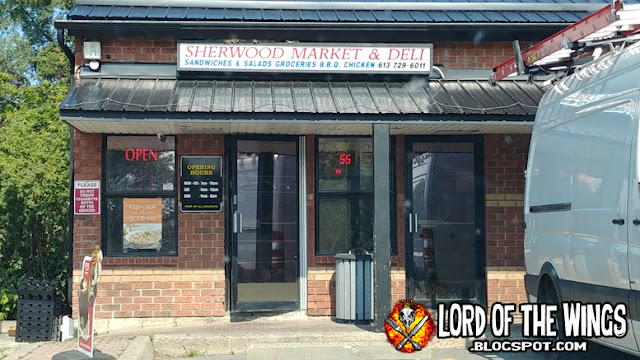 The place is very unassuming from the outside, and even inside, it just looks like a corner store ... except for the giant lunch time crowds. We've been a few times now, weekdays, weekends, and the places is always packed (to be fair, the aisles are very small and so the line snakes around the store). 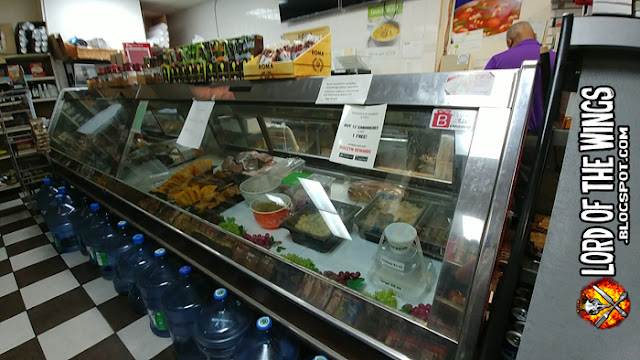 The first time I went in I was glad we had looked online at the menu before going because while the process is relatively simple, unless you want tweaks, it can be confusing. There are a variety of toppings, but sandwiches come by default with egg bread, Sherwood sauce, lettuce, tomato and cheese - this is posted on the glass case, however, if you didn't already know what you were ordering, looking at the small menu and having to move quick (because the line moves quick) or having questions would feel like a faux pas with the crowd. 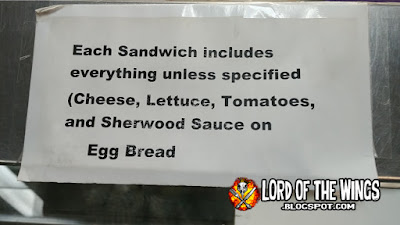 We knew what we wanted, and when I walked in, I just found the back of the line. There was an assembly line crew making sandwiches (at least 3 and sometimes 4) and they pop over to the line to get each order. The line may be long, but things move fast. 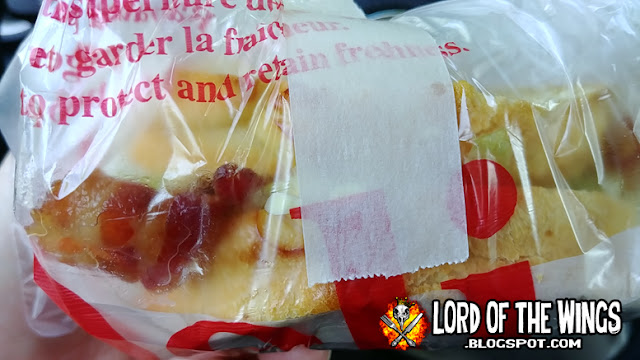 Sandwiches are wrapped in wax paper and then put into a bag, and you pay at the cashier. There are a few chairs outside one can sit at, but most seem to head either back to their government office, Dow's Lake to eat by the water, or go home and eat it. 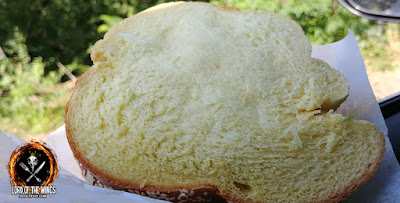 When you look at the unwrapped sandwich, you can't not be taken aback by its size. You also notice that the bread is so soft and fresh, you fear it might fall apart. The loaf is also an irregular shape - there's no typical flat bottom. This is sort of awkward to eat as a whole sandwich; you could probably ask them to cut it I guess. 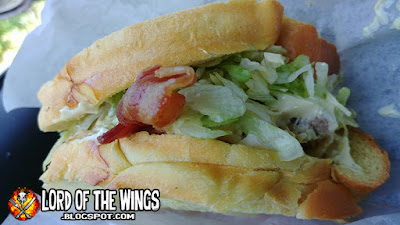 As mentioned before, there are a lot of sandwiches to choose from. LJ's favourite is the Crab and Avacado with large chunks of the simulated crab and lots of avacado. I've also tried the Smoked Meat sandwich which is good but doesn't taste or look like a classic Montreal style smoked meat sandwich. I don't have photos of either of those. I do have photos of my favourite, the BBQ Chicken and Bacon. 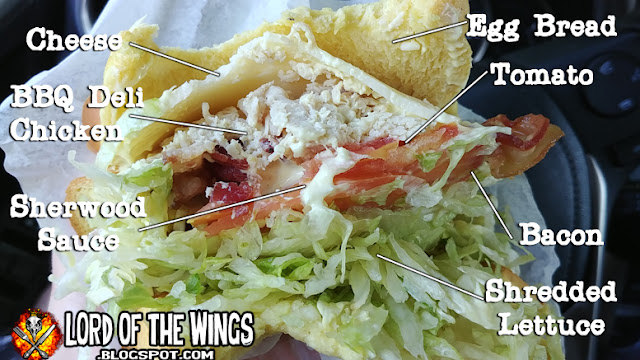 When I first was ordering, I wasn't sure if the BBQ Chicken was from a roasted chicken or like a deli meat chicken. Turns out it is the latter (the deli sells the cold meat just like a regular store) but it's piled on pretty good and seems to be chopped up. 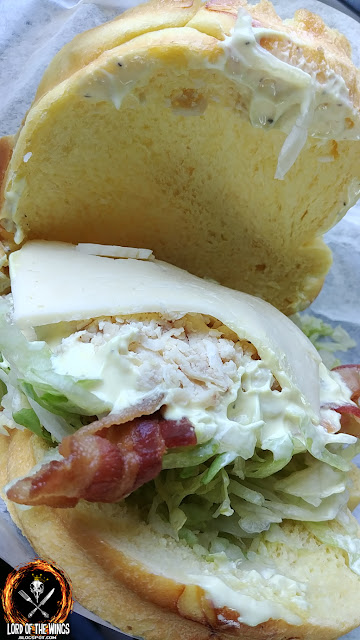 First, the sandwich feels, smells and tastes fresh. That egg bread especially. There's a lot of lettuce on there, but it doesn't overpower the sandwich. The bacon might be thick cut? It's served room temperature on the sandwich (they must cook it in big batches) but its crispy yet pliable, and tastes soo good. Now the Sherwood sauce on the sandwich, that is good stuff. It's a mayo based sauce, very creamy, maybe it has lemon juice? It's hard to define because its not bold in flavour, but rich in creaminess. I have to ask for extra it's that good. 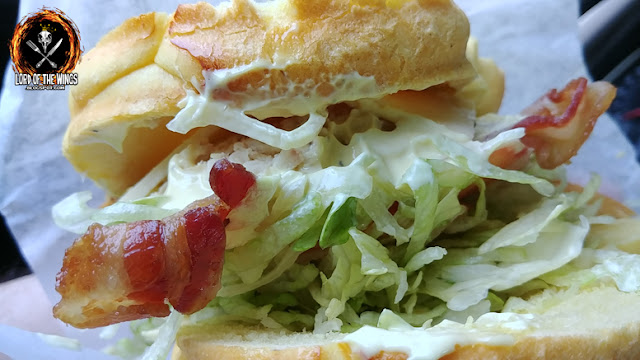 So this place is not so secret after all. But I would say it doesn't have enough hype about it out there. This sandwich seems like something you'd make at home, but tastes better. There's nothing bold or particularly flavourful on it's own in there, but together they create a harmony of the mouth. It tastes fresh, crunchy, soft, creamy. It's just a sandwich, but dang it's a good sandwich!

Sherwood Market & Deli
111a Sherwood Drive, Ottawa ON
sherwoodmarketottawa.com
Posted by Lord of the Wings at 4:19 pm