I love chicken wings, and I like potato chips, so it's a pretty safe bet I love me some chicken wing flavoured potato chips and Ruffles is probably my favourite chip brand (love the ridges and usually the bold flavours). Normally they are Hot or Buffalo flavoured, but this past spring Ruffles came out with a Sweet & Spicy chip. 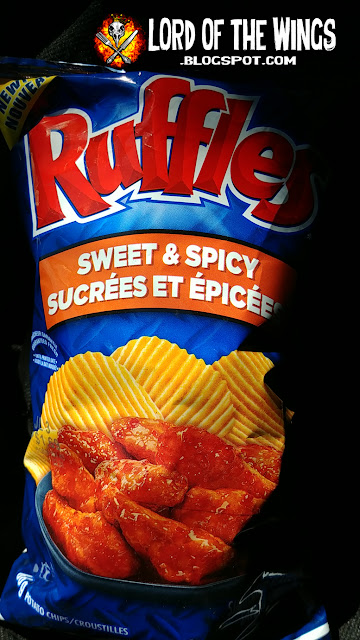 Now just going on the name, you would not connect sweet and spicy to chicken wing. Sweet and spicy isn't a usual flavour of wing, I mean it exists, but when you hear sweet and spicy, wings are not the first thing I think of. But you have those chicken wings on the cover ... so I guess its a wing flavour on these chips. 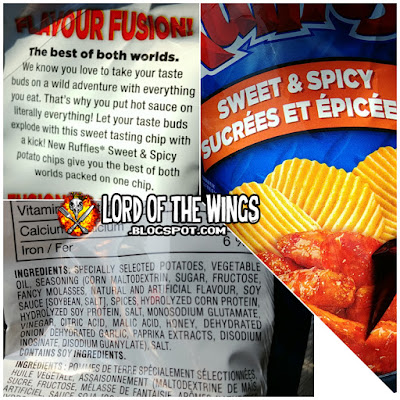 Even in their description they don't mention chicken wings. It's like they came up with the flavour concept, and at the last moment they needed an image for the bag, so some dude thought to use chicken wings.

That being said, I was still ready to try them. 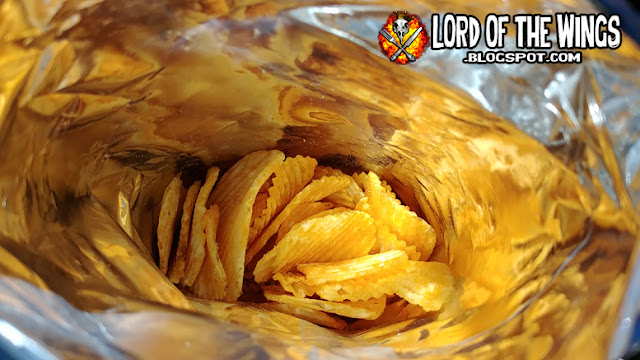 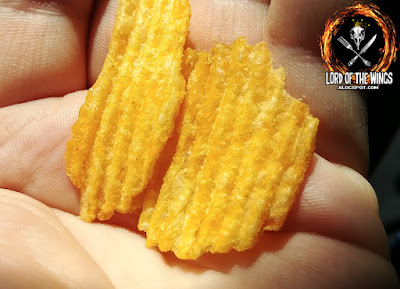 On first inspection, they look like All Dressed Ruffles; that golden, slightly orange look.  Nothing bold or anything that stands out from their other flavoured chips. But what about the flavour? 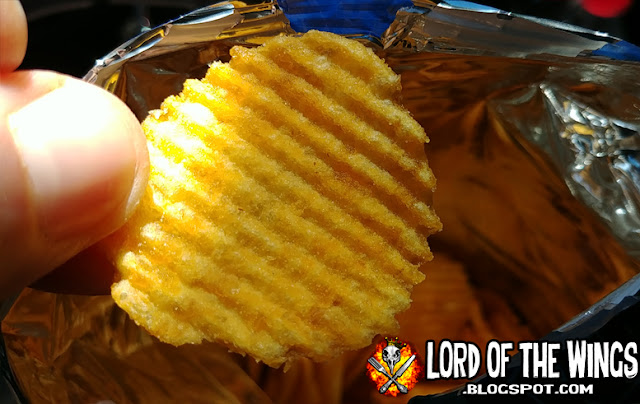 It's not like any of the other chip flavours. It's sweet, not really spicy but more like a BBQ? More like a sweet mustard? But doesn't taste like BBQ, All Dressed, or Hot wing ... because of the weird sweet flavour. Upon looking at the ingredients, the sweet seems to come from molasses. But there is still a sour tang in there.

Would I get it again? Not really but not because they are bad, but because I prefer their other flavours. It doesn't taste like a chicken wing, its not really spicy (more sour) but it is sweet. It's nice that it's something different, but the uniqueness that is presented here is not something that excites me. All Dressed excites me. Hot Wing excites me. Sweet and Spicy, meh. 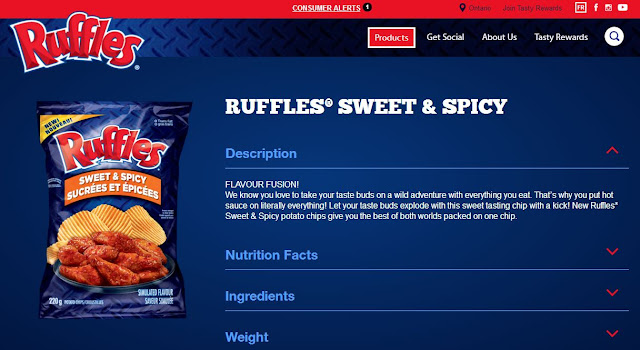 Rufles Sweet & Spicy
ruffles.ca/products/ruffles%C2%AE-sweet-spicy
Posted by Lord of the Wings at 11:18 am