If you are going to have a good #fryday, then Kell's fried wings are a good start.

Well I was back in Cornwall and I was excited to get back to Kell's Kitchen and have their wings again since I was there last. Kell's is just a hole-in-the-wall kind of place, a dive pizzeria that serves really good wings. They really care and they make real efforts to produce some wings like you have never had before. 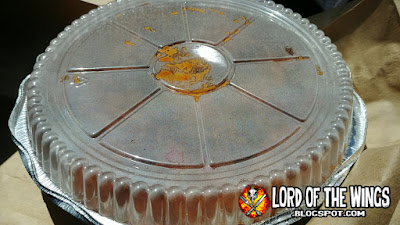 I wanted to try something different and was scanning over the take-out menu when the same dude I dealt with the first time I went to Kell's greeted me. He asked what could he get me, I said I was there for wings, so he asked what kind of sauce I was looking for? Something spicy? I said spicy - I asked about what the Cool Buffalo flavour. He was like it's Buffalo with Ranch, but it's not just bottled ranch but a homemade sauce that they do with their own spices. Ice Age BBQ was also BBQ with ranch, as was Suicide on Ice. He gave me the lid off a small container with the ranch and it was really good - very fresh, tasted like ranch with other seasonings but also had some green chili heat I think. I liked it a lot but it's clear the food here has a strong Indian influence in the cooking because it was almost like an raita-ranch dip.

I asked about their Honeymoon Sauce and that was mixed with Honey Garlic. He also told me they have a new sauce "Scooby-Doo" which is suicide mixed with sour cream, but he said a really high quality sour cream. But something about the Suicide on Ice was speaking to me. It wasn't long before I had my food to go and I was out the door. 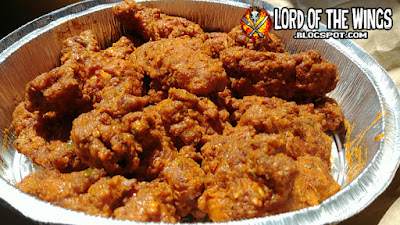 I went down to the River and parked where I had some privacy but also a nice view of the waterway. I pulled the container of 15 wings out, and they looked very good. I both like and dislike this tin container - what I don't like is that it is pretty thin, so it doesn't hold its shape (especially with wings this heavy) so good luck trying to put the lid back on! 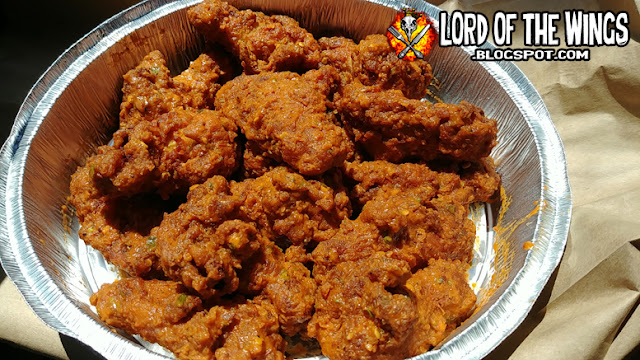 First thing, these are big wings, with a heavy breading on them. The container weighs a ton, and so does each wing. Second, the smell. Spices, fried chicken, more spices. It's intoxicating and exotic. Third, I may have gotten some drool in there. 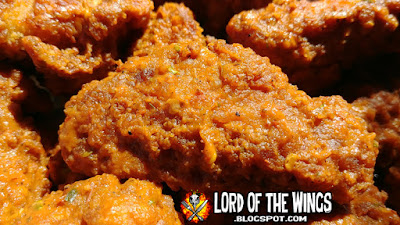 The sauce was their spice filled suicide and their ranch mixed together. It works for sure. The ranch definitely tames the heat of the suicide, because I didn't feel the peppery burn that I had when I had just regular suicide. But it was creamier and the two flavours complimented each other very well. 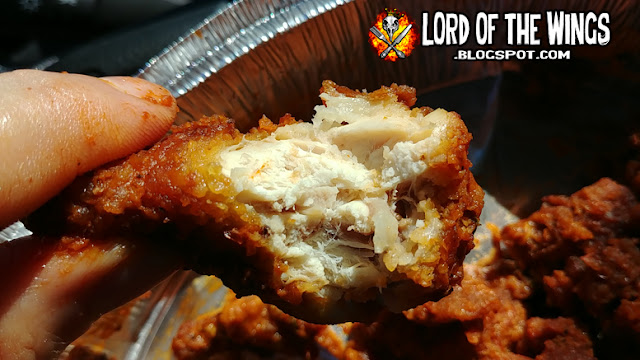 The breading is crunchy, but holds up reasonably well with that thick sauce on it. It's hard to explain because you still have crunch, but the wings are also softened (in a good way) that gives it a unique texture. The meat was not so tender that the chicken fell off the bone, but wasn't tough either - a happy neutral zone was achieved. 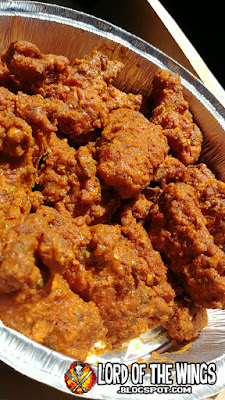 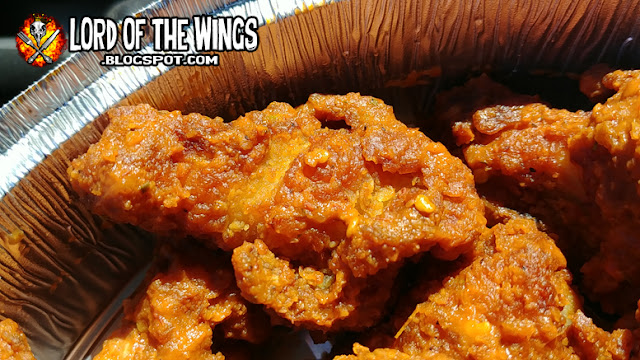 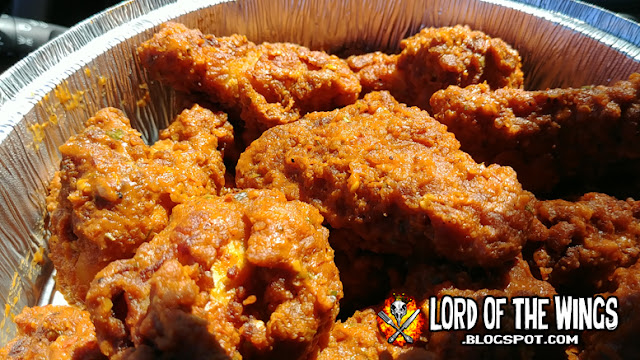