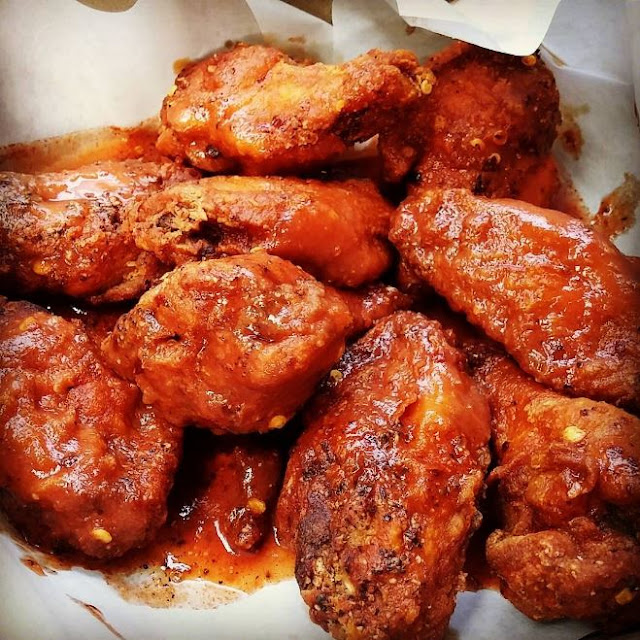 I was running errands and it was lunch, so I decided I'd like some wings. As I was driving, I see this pizza joint "Moe's Famous Pizza & Wings" and I decide, meh, let's try it. I was expecting the same small wings with bottled sauce that most Ottawa pizza places tend to have. But boy was I surprised. 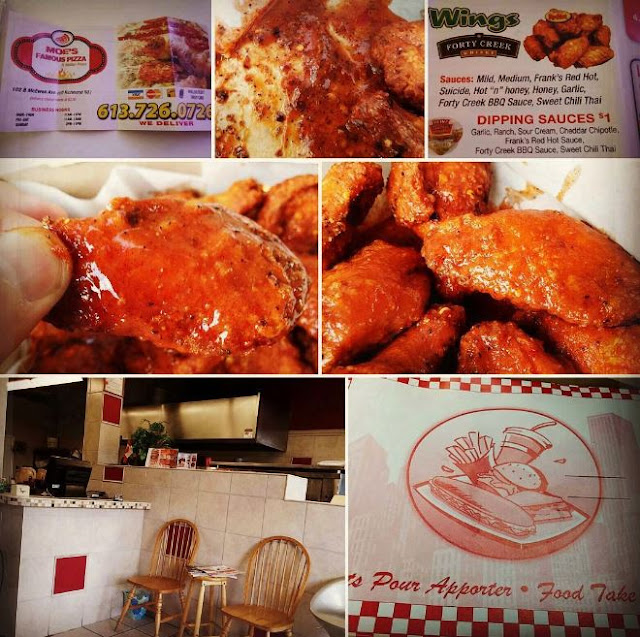 I got 10 wings which is usually around a pound, but when I picked up the box it felt like a brick. No way this was just 1lb. The wings were large, meaty & crispy! The meat was a bit tough, and I suspect it had something to do with them being frozen. They were very saucy and it was a great peppery suicide sauce; it wasn`t just hot sauce from a bottle but a mix they made up on the spot. I like that.

Anyways, glad I found this gem!