Wow, this is a late review - I thought I had written and printed this up but apparently not. 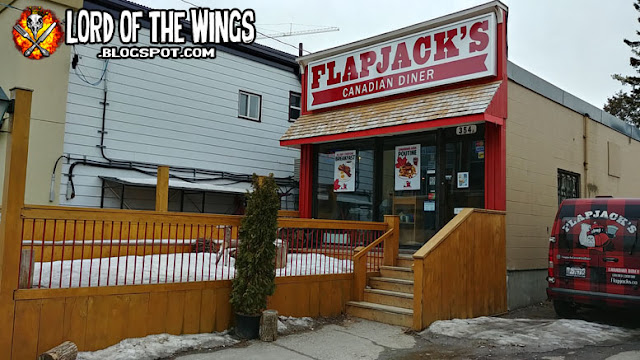 For a long time I was trying to get out to review Flapjack's Canadian Diner. I've seen this place on social media for a long time, and I actually went there last October when my buddy Jason was down and had one of their delicious panwhich. While I was there I noticed they had wings on their menu, and a wing night! 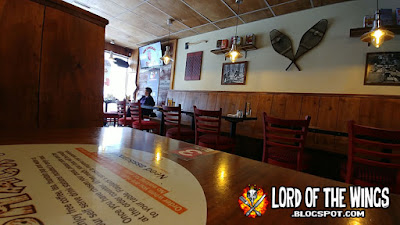 Flapjack's started off as a food truck and became a brick and mortar restaurant. The theme is lumberjack-Canadiana and is in the heart of Little Italy here in Ottawa. It was pretty quiet at the time I was there. 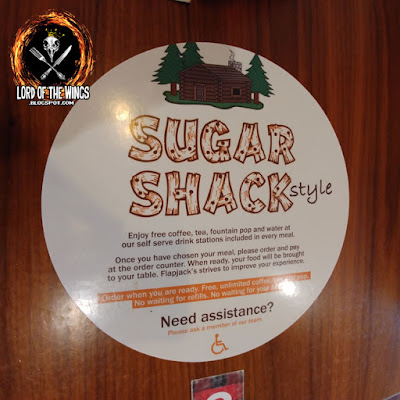 I walked in and immediately things were different than before. I was approached by server Yasmine who was super friendly and informative. She told me to grab a seat where I wanted, look over the menu, and that when I'm ready to come up to the bar to place my order, and that she would bring it out when it was ready. Pop and coffee was included in the meal and was serve your self. I mentioned how this was different and she said the owner wanted to make it Sugar Shack style. Not having been to a sugar shack myself, I had no idea what this meant, but there was a decal at my table explaining. 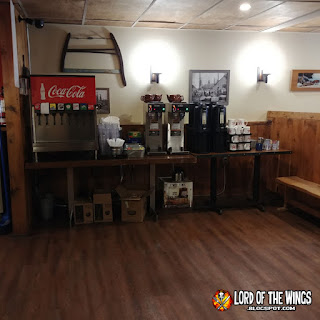 At the back of the restaurant was the drink station, with pop and coffee for one to enjoy. I'm cool with the self serve, and it worked out fine while I was there on a slow day, but I can imagine this being chaos on a busy day with customers and servers going back and forth across the restaurant. This still felt strange but who knows, maybe this would work? 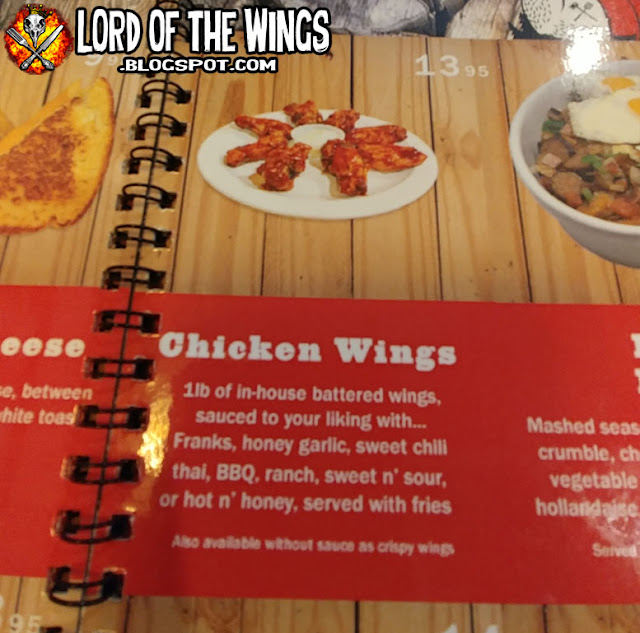 The menu is quite varied and what I like is that it's all available all day long. Burger or wings for breakfast? Sure. Pancakes for dinner? Sure. 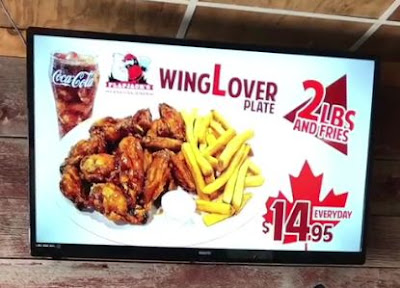 I had seen on social media the advertising of the Wing Lover Plate: 2lbs of wings with fries and a drink for $14.95. This was a great deal considering 1lb is $13.95 regularly. I didn't see the special advertised at the restaurant so I asked while ordering. Yasmine had to check the system but they still had the deal, but wasn't sure how long the promotion was on. 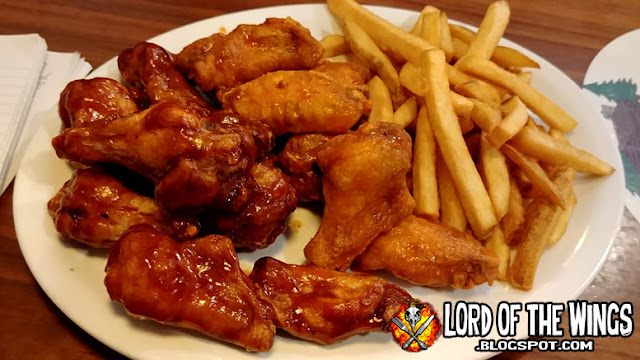 I took a seat and not too long later I had my Wing Lover Plate. I'll be honest I wasn't crazy about the look of the wings. I liked the platter/volume, but my wings didn't look as appetizing as I hoped. 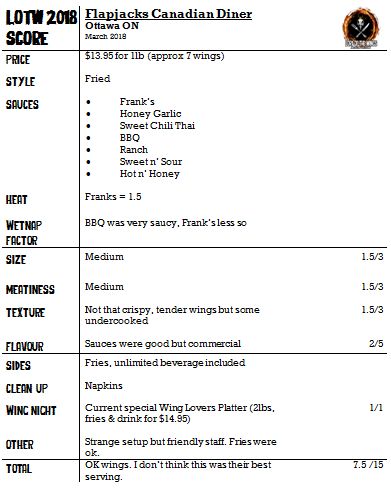 Wings come in an order of 1 pound, or in my case, about 7 wings. I had a double order so 14 wings in total. 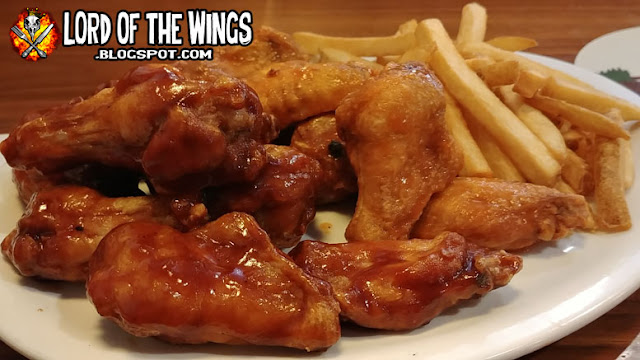 They came with french fries, which were ... ok. They are frozen fries and nothing special. They weren't bad, but again nothing more than ok. I put a lot of vinegar and salt and it just dissipated into the wings ... some weird flavour vortex. 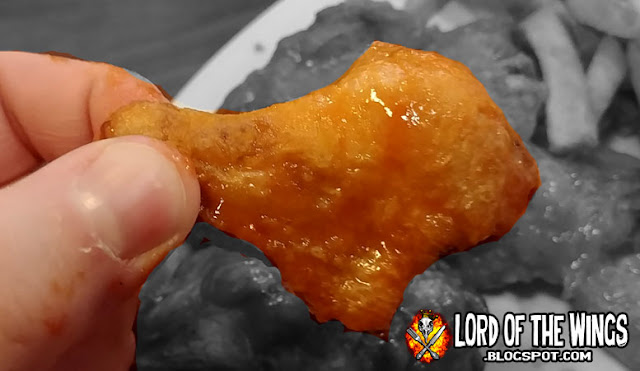 The wings were medium in both length and meatiness. Not small but not big either. The wings were wet enough with sauce; the BBQ was very saucy but the hot less so. The skin wasn't crispy though - they say the wings are battered but I didn't find that they were. The sauce also made them soggy, but I think the lack of crispiness was due to another issue: 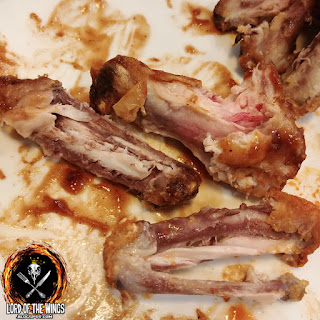 I made an error. I didn't say anything to Yasmine about this. I should have not because I was trying to complain, but so the kitchen knew. I don't like to complain or make a fuss but I regret not saying anything now. 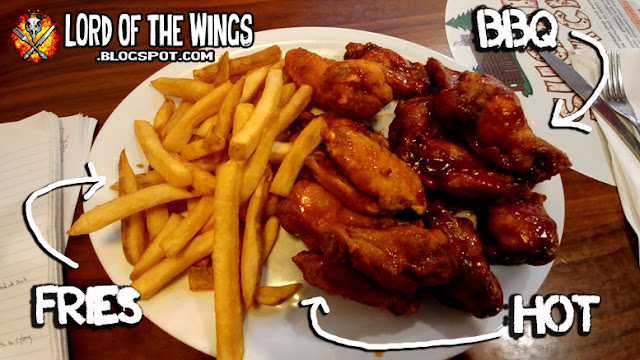 I asked to have my flavours for the wings split; one pound hot and one pound BBQ. 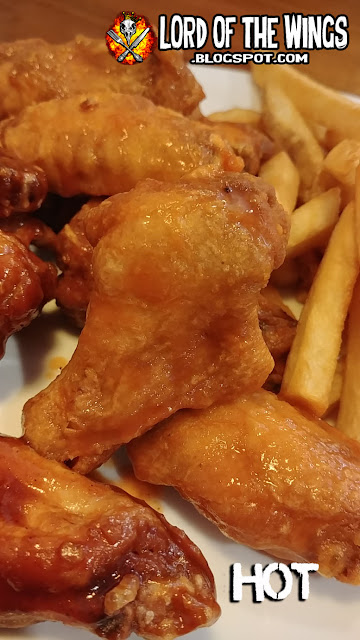 Hot is simple Frank's Red Hot. Nothing wrong with that, but nothing special either. 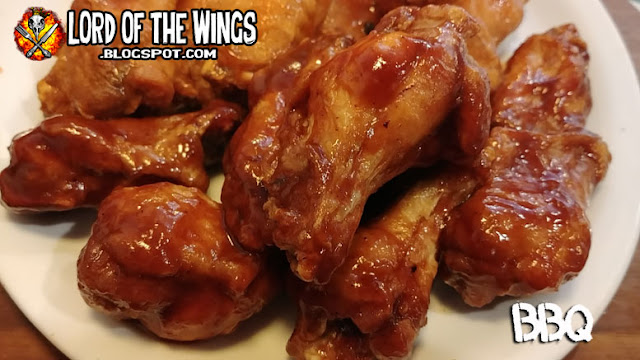 BBQ was a nice, smokey sauce that was thick and gooey. I like my BBQ sauce to really stick on there, not wash off easily, and these did the trick. By far my favourite of the two flavours I tried. 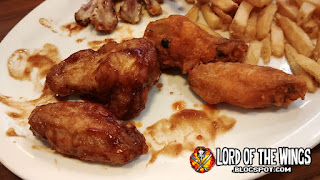 I really wanted to like these wings and be able to promote this small business, but this experience just made that difficult. The wings were not crispy, and while the meat was tender, several of the wings were not cooked enough. The visual look of the wings themselves with the sauce looked off. The fries, easily passable.

But this is a pancake house. It's not a wing joint and they do the breakfast food here really well. If I was to get wings here again, I would get sauce on the side and ask for them to be fried extra crispy. I'll be back to Flapjack's for sure, but next time probably not for the wings. 7.5/15 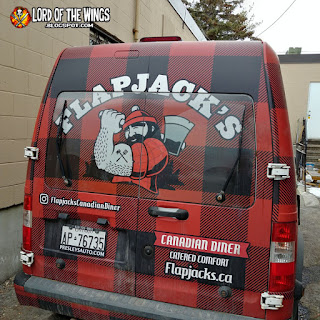 Flapjacks Canadian Diner
354a Preston Street, Ottawa ON
flapjacks.ca
Posted by Lord of the Wings at 3:01 pm