I love me a Whopper from Burger King, or even recently The Angry King burger. But I have to say I am a fan of the chicken products at BK. 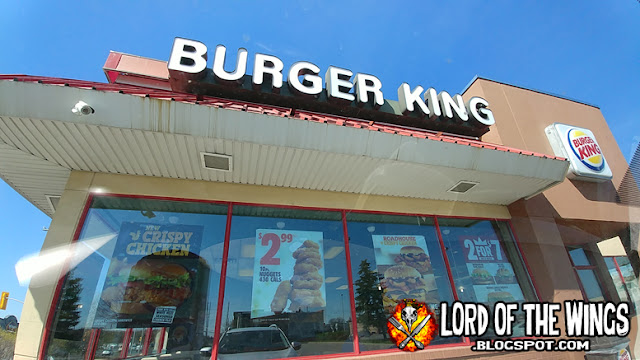 I love the original and the spicy chicken sandwiches. Chicken fries are pretty cool too. I am curious about their new Crispy Chicken sandwich too. But when I'm just looking for a snack, BK chicken nuggets are a good way to go. 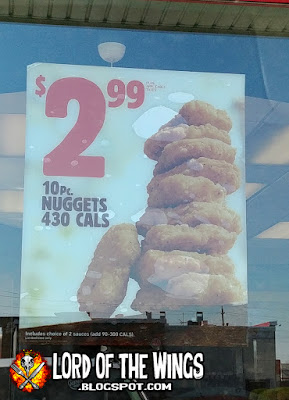 In an unsaleable paper bag comes 10 crispy nuggets of goodness. Now as far as fast food chicken nuggets go, McDonald's is and will probably always be my favourite - it something about that batter on it. But BK nuggets are a close second. 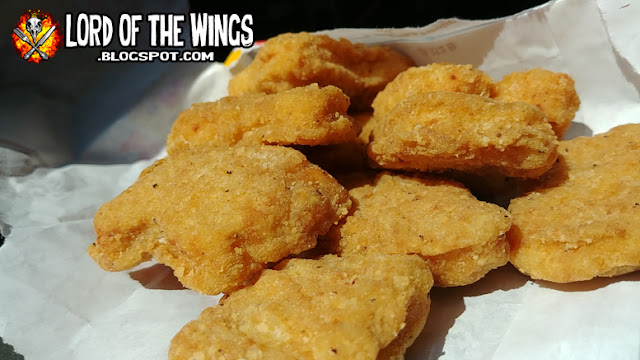 Unlike the Golden Arch's with their 4 premade shapes, BK's are pretty unique to each one. They all look close to each other, but just slightly different. 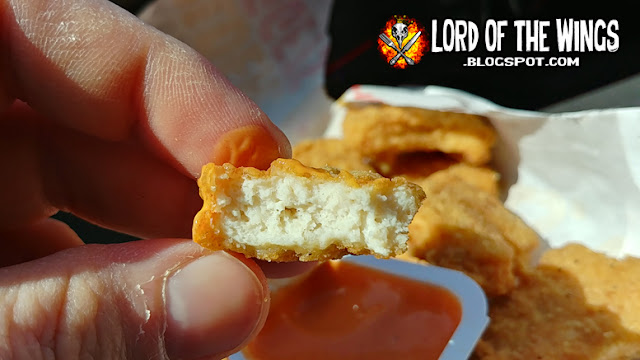 The meat is all white meat, generally breast meat, that's clearly been processed and formed. They are then coated in a "home-style" breading and fried. Each bite is a bit crispy, with the tender formed meat. They are pretty good on their own, but often these things are just excuses to have sauces. 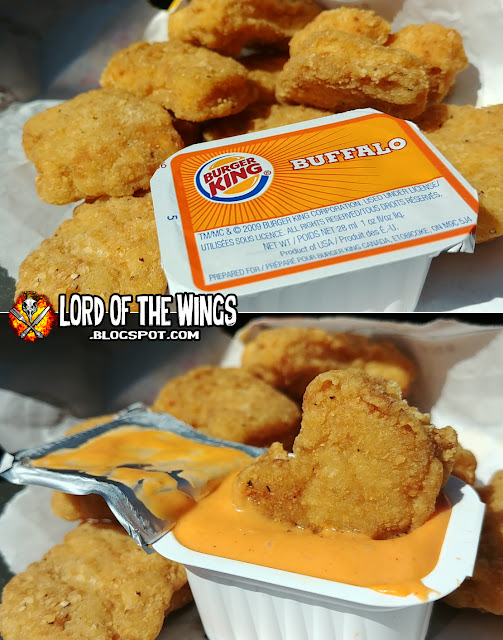 I was a little off-put by the date on the container: 2009. I'm pretty sure that's a copyright date, but still that seems old in 2018. Also, you'd think Buffalo sauce would be pretty simple. I mean its normally just butter, cayenne hot sauce and vinegar. Not this:


Wow, that's a crazy cocktail. I mean there is Cayenne Pepper Sauce, butter oil, and heck even some chipotle peppers. But there's a lot of stuff in there I have no idea how to pronounce. 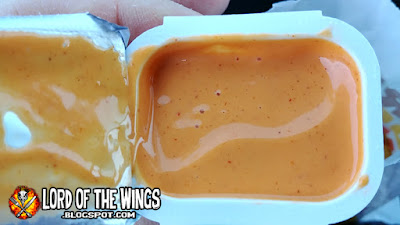 The sauce is a bright neon orange typical of bottled Buffalo sauces, but not necessarily the real thing. There are flecks of pepper or spice throughout. The sauce is very thick and very creamy. When you smell it, it does have a kind of chemical butter/hot sauce smell. The sauce itself is zingy - not real heat but just enough to let you know this is a hot dipping sauce. 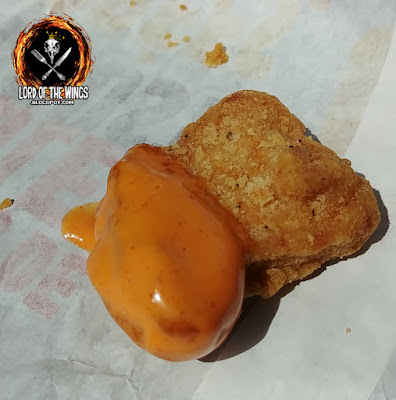 Of all the BK dipping sauces the Buffalo is my favourite for the nuggets. It coats each bite just right and pairs well with the seasoned breading. For fast food, this is a decent 'boneless wing'. The crunchy nugget, the creamy-zingy Buffalo sauce work so well together. I would recommend if this is the kind of thing you are craving. 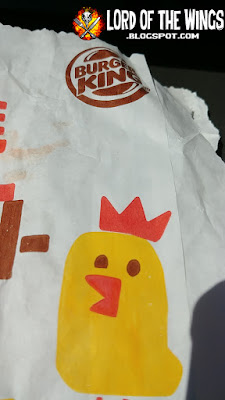 Burger King
527 Hunt Club Road West, Ottawa ON
Burgerking.ca
burgerking.ca/offers
burgerking.ca/content/chicken-nuggets-0
Posted by Lord of the Wings at 11:58 am