Most people would not even try a pizza joint in a gas station. I'm not most people.

Maybe I should be. 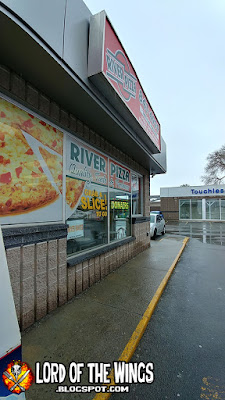 In Orleans Ontario at a local gas station is a pizzeria called River Pizza. There is another location, and the 'chain' has been serving pizza since 1984 and bill themselves Ottawa's Best Pizza. Coming from a gas station*, that's a pretty bold claim. 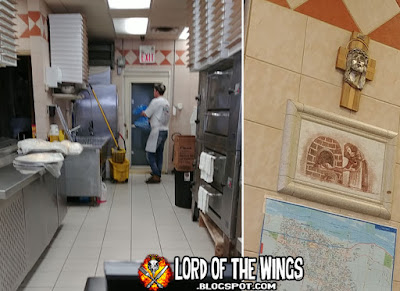 This is mainly a take-out joint, but there were a few stools to sit at if you wanted. It's a Christian run business I say because they have a crucifix and other religious iconography stashed around. I always find it strange for folks to put religious items up in a place of business, but to each their own.

I was there for lunch, and the place was dead - no one in to take-out, no one calling for orders. The pizza dude was busy cleaning and moving around. He didn't seem to want to be there, and didn't seem to really want to take my order. I mean he did and he was efficient, but his friendliness was at a stark zero. Not rude or unfriendly mind you, but I didn't feel that welcome. 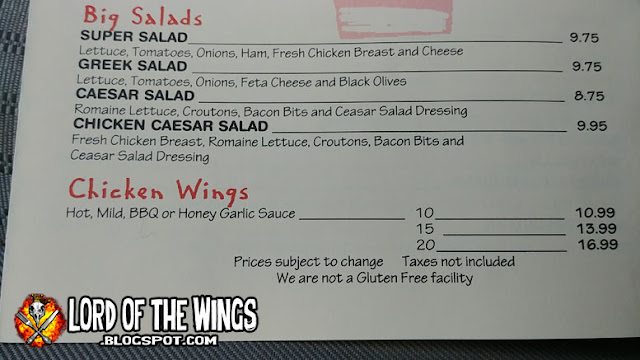 They have wings on the menu, but not much in the way of sauces. I got an order of Hot, and asked if they had any slices of pizza (because I didn't see any from the counter). They did, so I went with Pepperoni. 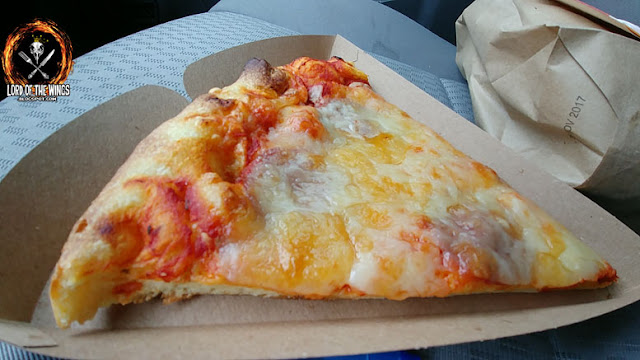 This is the slice of pepperoni. You might think it was just a cheese pizza, because you know, you can't see any pepperoni. It's there, it's just under the cheese. See in Ottawa area, 90% of the pizza places make pizza so that the ingredients go under the cheese. I don't care for this style. And this was bottom of the bin pizza. Blah canned sauce, cardboard crust, and un-crispy pepperoni. It wasn't a big slice either which is good, because I didn't feel like finishing it. 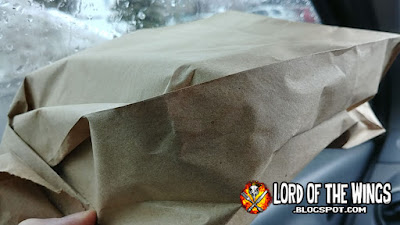 The wings came in a paper bag inside a Styrofoam container. I wasn't impressed with the pizza, but maybe the wings would turn things around. 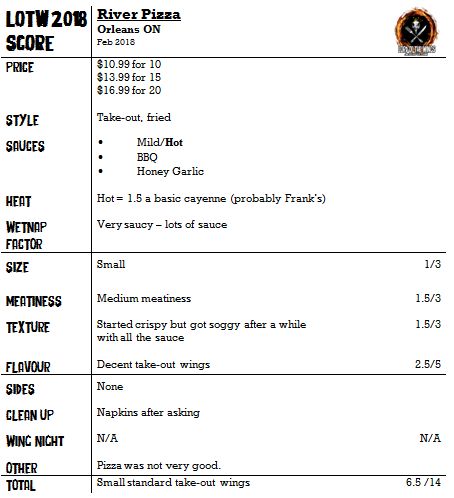 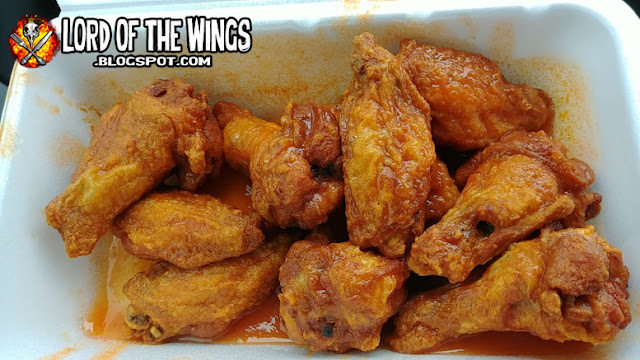 At River Pizza, the wings come in orders of 10. They keep it pretty simple. The wings themselves are small, but are relatively meaty. They are deep fried and the wings started off crispy, but then got soggier as the meal went on. The good news though is that there is a lot of sauce; these are very wet wings. 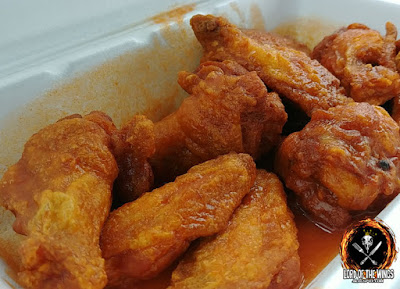 There are only 4 sauces for the wings, and I went with Hot. Hot is a simple cayenne based hot sauce, probably Frank's. It was decent but nothing special.

These were ok wings. Nothing great or terrible about them. Well, actually, things went downhill as I ate - I stopped enjoying eating these wings part way through, and by the end I was having major acid reflux from them and a coughing fit. Not related to the restaurant, but I also spilled sauce on my pants and coat and stained my fingers from the sauce. #1stwingproblems 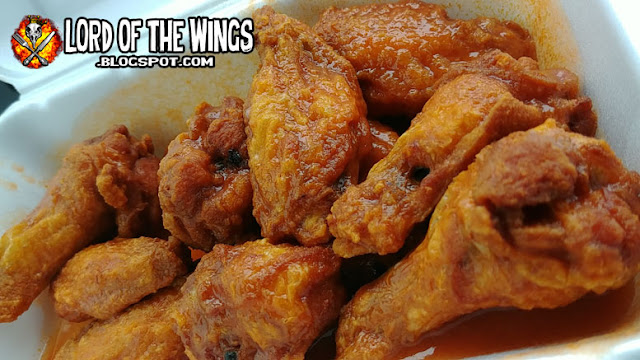 The pizza sux. There, I said it. Did not enjoy. The wings were meh. Sauced nicely, but small and nothing special. I want special. But I should not expect special from gas station pizza. 6.5/14 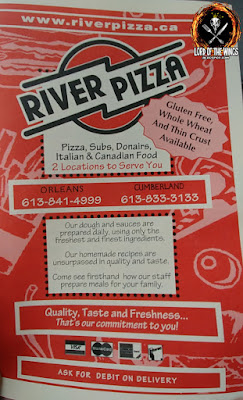 River Pizza
4042 Innes Road, Orleans ON
riverpizza.ca
Posted by Lord of the Wings at 1:27 pm