Can you BBQ "fry" chicken wings? 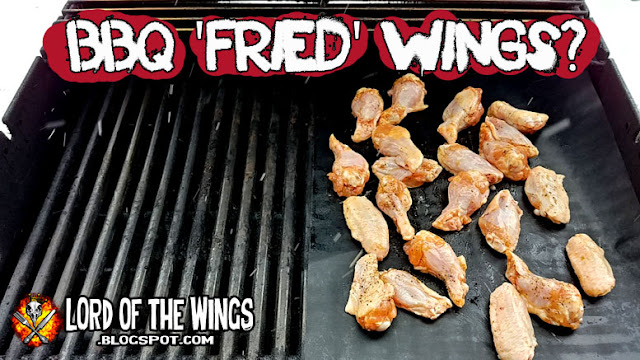 That's the question I was asking myself not long ago. See I was house-sitting for friends of ours and one of the benefits was that they have a propane grill. I love food cooked on the grill, including wings. There are 2 problems with grilling wings 1) They can dry out (this can be solved by brining)
and 2) non-crispy skinned wings.

There are different techniques to try and combat this, and I pondered tinkering with many, but then out of laziness I stumbled upon another possibility - using a BBQ Mat to fry the wings. 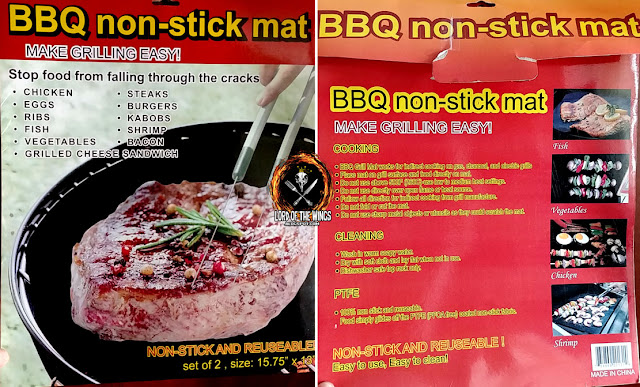 Last year my folks, who spend their winters in Florida, brought me back a "BBQ Non-stick Mat." I thought this might be a gimmick product, but it actually works really well. Like, really well. It's completely non-stick (melted cheese just slides off!), it transfers heat like crazy, so you still get grill marks on your meats, and it's easy to clean so the grill stays debris free. This was the main reason I chose the mat in the first place so I didn't have to scrub wing skin off the metal. The frying part ended up being a pleasant surprise. 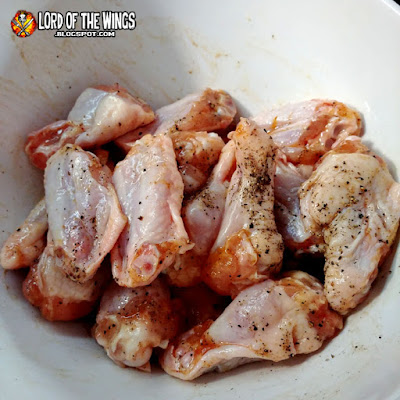 I was going simple on the wings because I was going to be using them in a sauce review. All I did was some salt and pepper, some Frank's Red Hot dry seasoning, and some olive oil.

It marinated in the fridge while I got the grill ready. I turned all the burners up to high and walked away. When the BBQ was nice and hot, I turned off half of the grill to create an indirect heat cooking method. Then I put the mat down. Then it was time to add the wings. 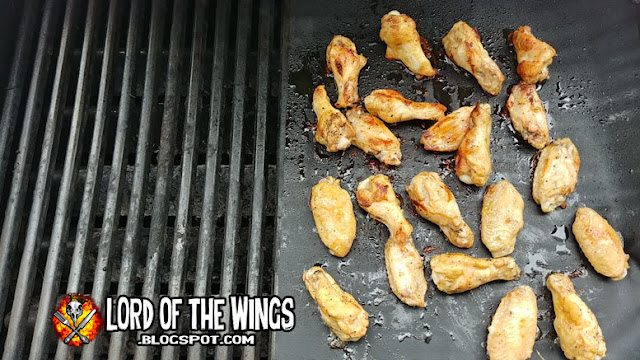 Then it happened . . . the wings started to sizzle. Like when you put bacon in a hot frying pan - you know that sizzle. I was shocked. The mat was on there mere seconds and already the heat was more than enough for the wings. Were these wings . . . frying???  I was excited, but closed the lid and walked away for about 10 minutes to see what would happen. 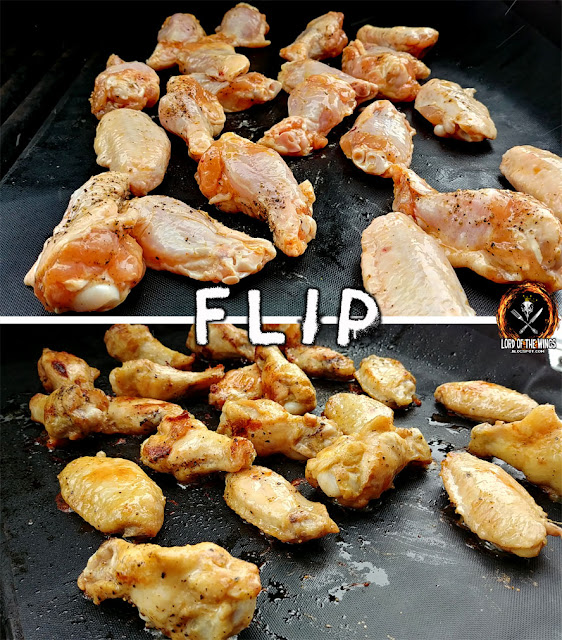 I came back and flipped the wings - I couldn't believe it. They were turning golden brown from the frying! 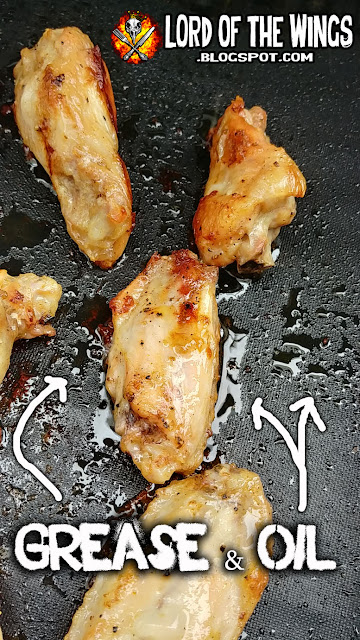 I was surprised at the amount of grease/fat from the wings was on the mat. There was some oil that I had tossed the wings in, but really it was mostly chicken grease. 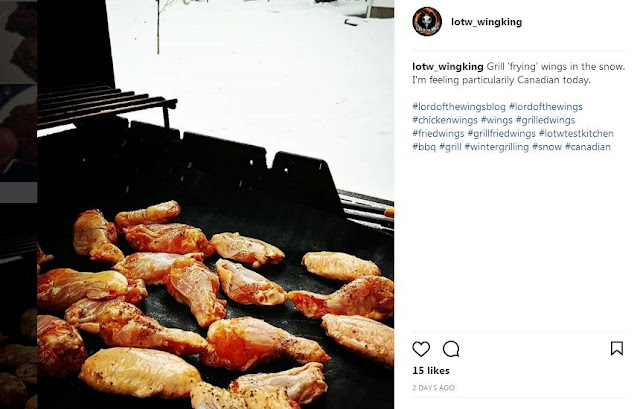 Oh and a little bit of snow because it's March in Canada and of course I'm grilling outside. 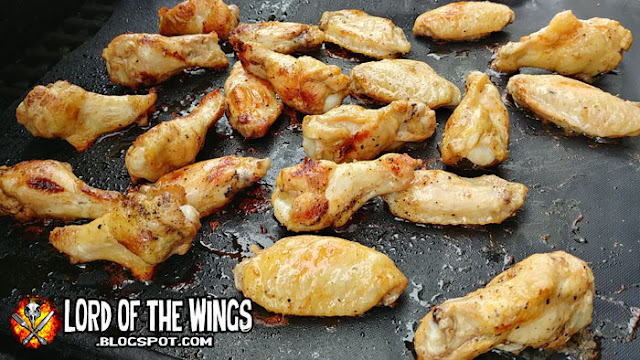 I closed the lid and let the wings cook for about another 10 minutes. After coming back I flipped the wings again and the skins were again golden and they looked crispy. I picked one up - it was hot - but its true the skin was actually crispy. 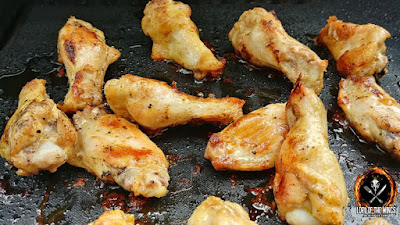 I mean not deep-fried crispy, but like pan-fried crispy. Some of the wings even had grill marks from through the mat. Amazing. 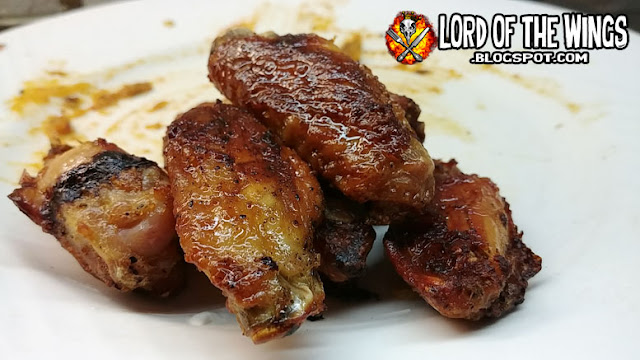 These wings turned out so well, I ate a bunch just on their own. And then I made them like this another day. If I had a grill I would totally use this mat and technique more often. The next best part after the crispy skin was that the wings had that slightly smokey grilled taste too. So simple and yet so much flavour. 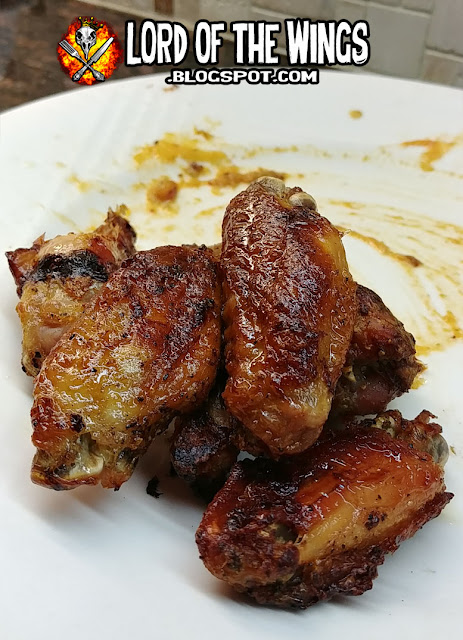 So using the BBQ Mat on the grill had so many pro's:


I was very happy with the result. Next time I can do this, I would try saucing the wings while they fry. So check it out for yourself; this was a great accident!
Posted by Lord of the Wings at 9:16 pm