When I was living in Toronto, a funky place opened up on Queen street where get this, everything on the menu was $5. Whaaat? To add to the funkiness, the name of the place was called El Furniture Warehouse. Anytime I went to go, there was a crazy line up. Then they opened up several locations, including one in Ottawa. 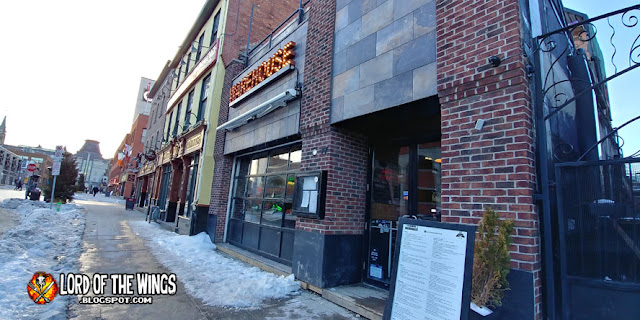 Now that I was back living in Ottawa, I figured I'd try their Warehouse location. But like Toronto, the few times I tried to go, there was a lineup to get in. Well one fateful afternoon I was in the Byward Market, after lunch but before dinner; there was no lineup, so I took the opportunity to scope them out. 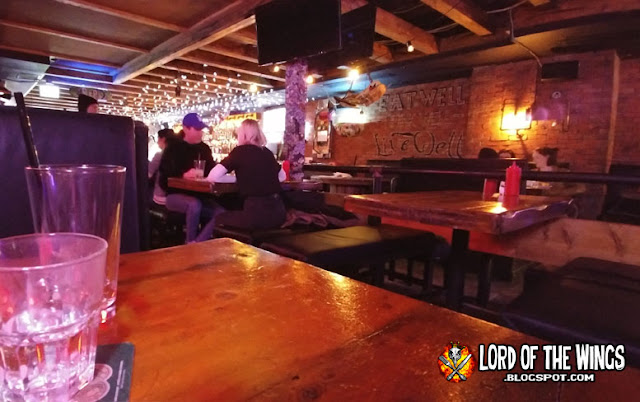 The Warehouse is a cool, student friendly watering hole. I say student friendly because it was definitely a young crowd. The atmosphere was loud music and a slight hipster vibe. My server was Victoria and she was friendly and efficient. 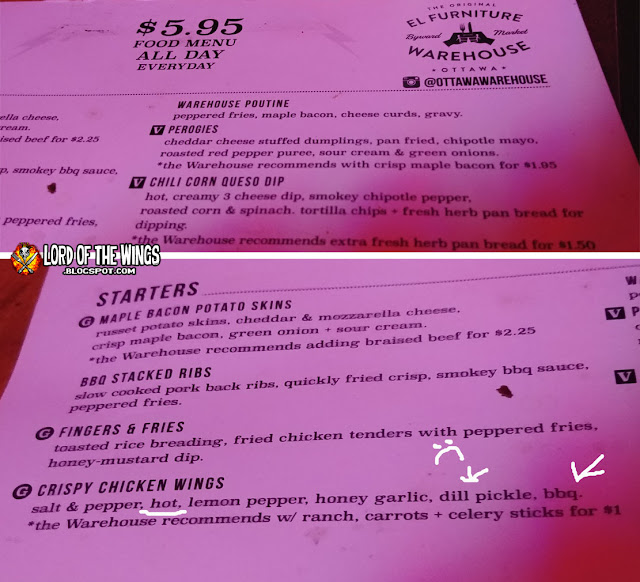 Now times have changed, the minimum wage has gone up, so the menu is no longer $4.95 but now $5.95. That totally seems reasonable to me. It's really crazy that you can get actual full sized food for this price. I'm guessing they make their return in alcohol; I'm not going to be good for business. 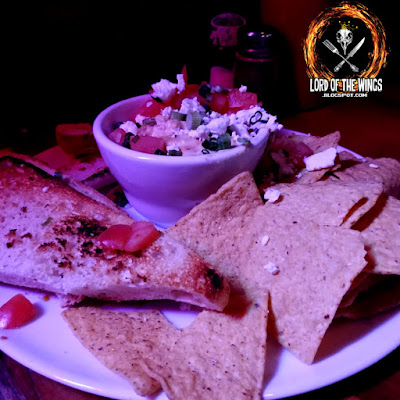 I decided to not just get wings and got a side of the Chili Con Queso dip. It came with tortilla chips and toast for dipping. The Queso was thick and creamy and was topped with what was like a bruscetta topping. It wasn't spicy or that smokey (they say it has chipotle pepper) but it was a good dip. 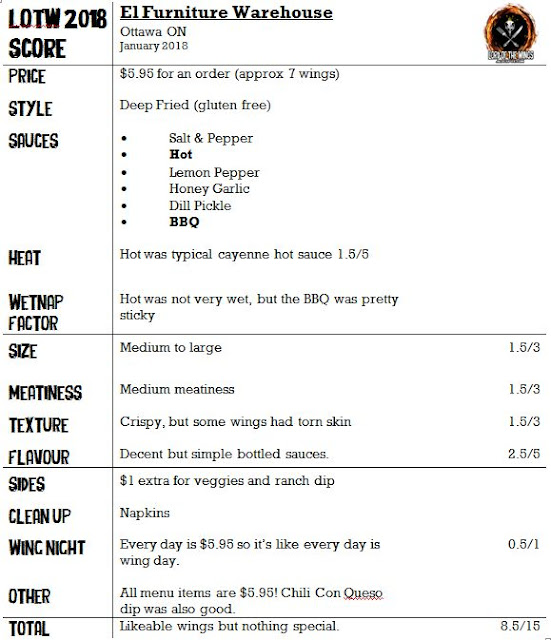 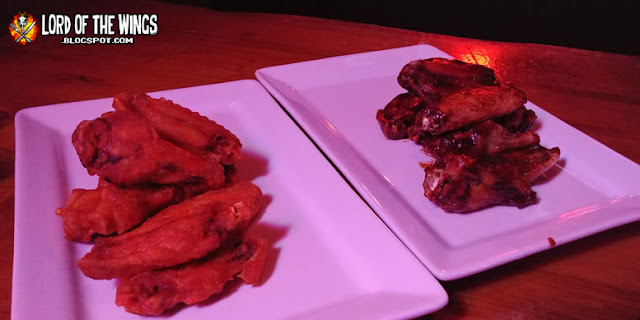 For $5.95 you get about 7 wings in an order. I went with 2 orders. I went with Hot, and I was going to get dill, but my server before I could ask said that they were out of dill. Bummer :(  So I went with BBQ. 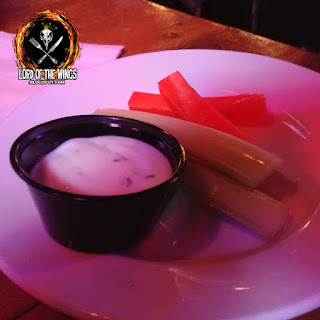 Veggies & Dip don't come with an order automatically, but for $1 you can get celery and carrots with ranch dip. It came with 4 veggies in total, which is kind of sad, and the ranch was kind of poor. My guess is just Kraft ranch. No thanks. 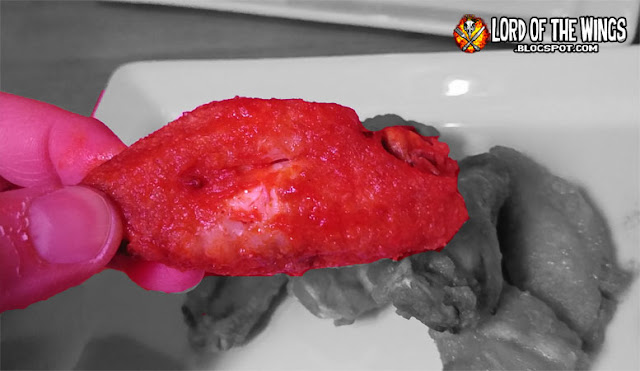 The wings were kind of a medium-almost-a-large wing in length and a medium meatiness. I was really surprised because I expected tiny pigeon wings, but these were a decent size.

The wings were relatively crispy - but many of the wings had torn skin (see above near the middle-bottom) or some that the deep frying made the wings brittle. 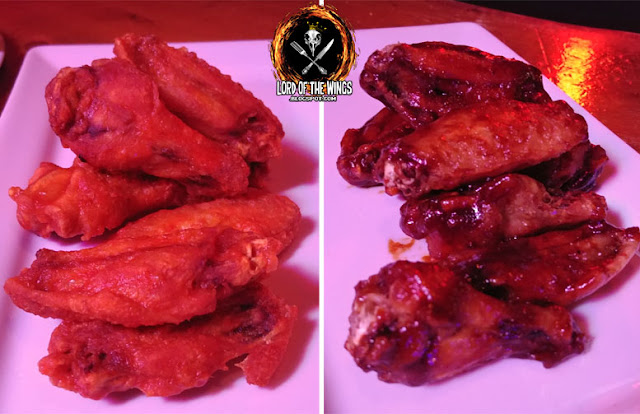 There wasn't a lot of sauce on the wings. The BBQ was for sure more saucy (and very sticky), but I'd definitely like my wings more wet. 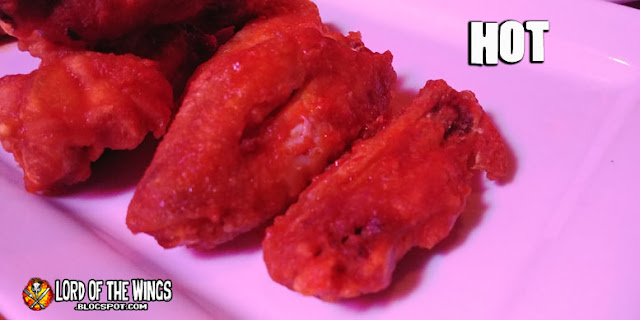 Simple cayenne based hot sauce - probably Frank's. Nothing wrong with that, but nothing standout either. 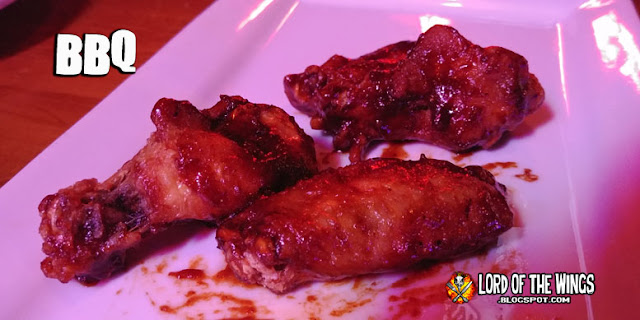 This was a sticky, dark flavoured BBQ sauce. A bit smokey, and more savory than sweet. I liked it, but it's clear its straight from a bottle. 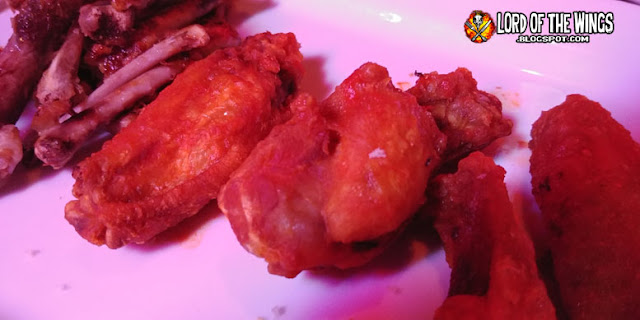 Simple chicken wings. Hot sauce, BBQ sauce; very basic. For $6 it's not a bad deal. I would go back, and maybe next time I can try the dill. I'd definitely ask for extra sauce. The food is cheap but good, and the place was a fun joint.  8.5/15 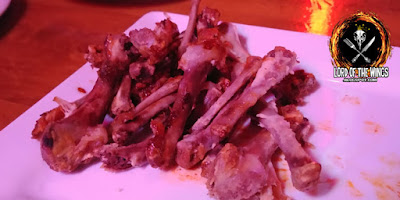 El Furniture Warehouse
77 Clarence Street, Ottawa (and other locations)
warehousegroup.ca
Posted by Lord of the Wings at 8:20 pm