Return to BROADWAYS - Ottawa ON

I've been re-exploring Ottawa since having moved back just over a year ago, and part of that is revisiting some places I checked out back in the day, because some places have revamped what they do, some have gone downhill, and some have just stayed the same. Back in 2010 I reviewed Broadway's Bar & Grill and it being a Tuesday and wing day, it was time to return for a re-review. 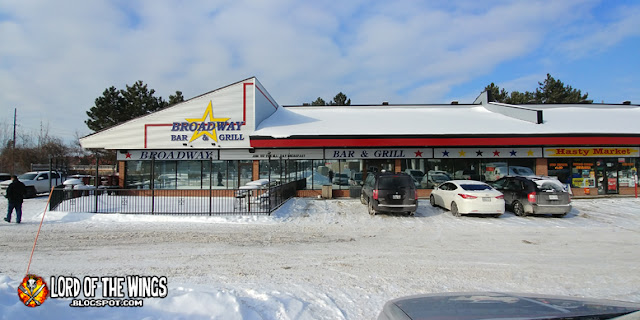 I came at lunch time and the parking lot was full. Now there was a lot of snow and parking was at a premium due to lost spaces. Some idiot in a jacked up pick-up truck tore out of that space in the photo above and nearly smashed into all the cars and me coming into the lot as he swerved and nearly lost control. Idiot. 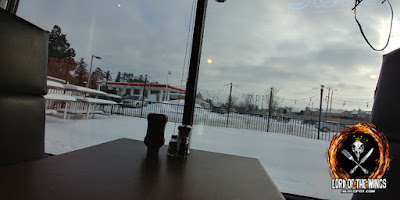 I went in and I was solo and although the place was busy, got a window-view booth to myself. My server was Lacey and she was super - very friendly, happy to explain things and running around taking care of business. 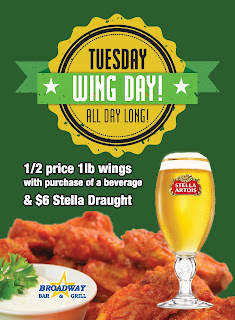 What brought me on this particular day was that Broadways has 1/2 price wing 'night' all day long on Tuesdays - that's pretty awesome. I don't know why places have time limits on their wing nights. 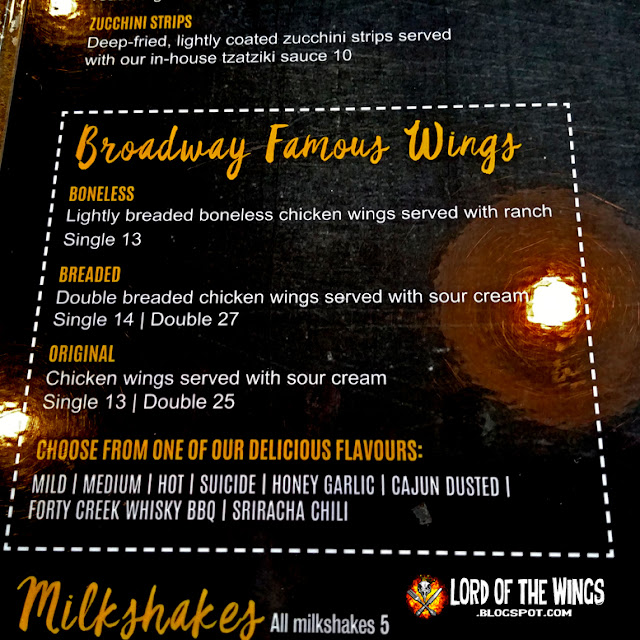 Scanning over the menu a few things I noticed had changed since I was there 8 years ago: They now had Boneless, Breaded and Original Wings. The price had jumped $4 more (but wing night stayed the same). They also had changed their sauces up (no longer advertising Frank's, switching up their Guiness BBQ for 40 Creek, adding in some Sriracha Chili sauce). They still serve them with sour cream I saw though. 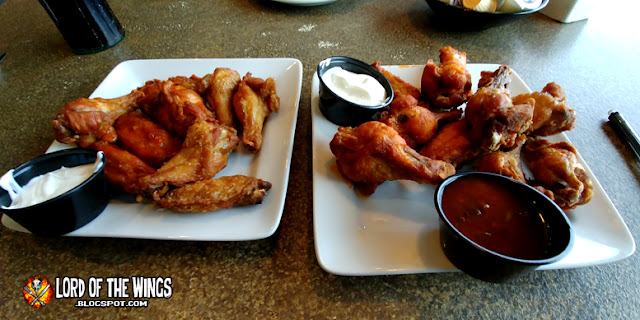 I ordered up my wings, but the kitchen had some confusion ... 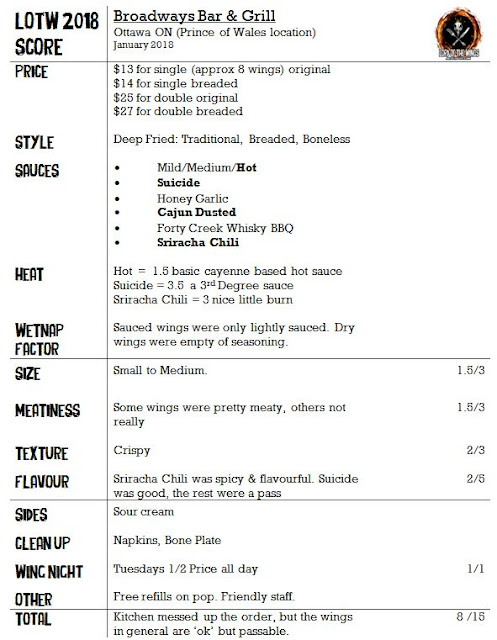 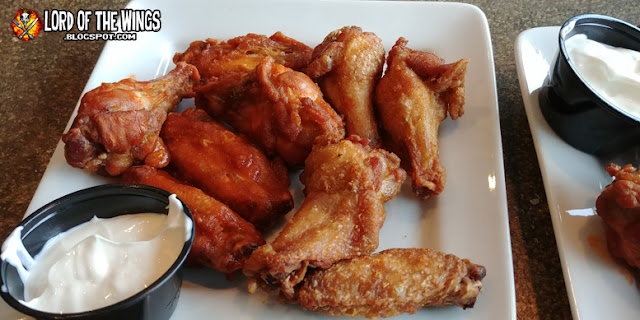 I went with 2 orders of wings with some sauce samplings. A single order of wings came with about 9 wings. Sauce wise they were pretty non-wet. Enough to get some on your fingers, but they was no extra sauce for sopping up. A little disappointing.

The wings were not big. Yes I got 9 in an order, but they were small to a barely medium in length. Some were meaty; others not. At $13 regular price, I don't think they are worth it.

The wings can be breaded or not - I was going to get breaded, but wasn't given a choice and I forgot. They cost extra, but I think breading would have helped. These were deep fried and the good thing is that they were crispy. 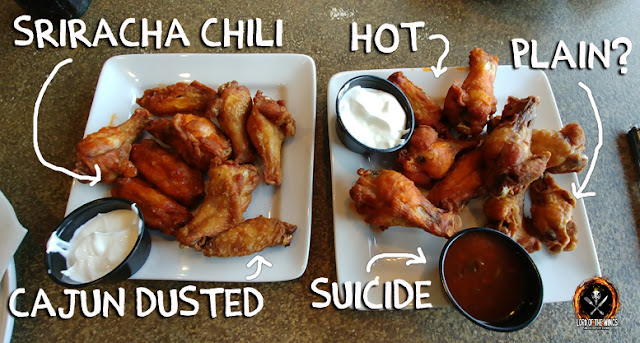 Lacey brought my wings back, but explained the kitchen had kinda messed up the order and if that was ok? See I ordered 1 single order of Hot, with a side of suicide, and an order of Cajun dusted, with Sriracha Chili on the side. What came was 1 order that was half hot, half plain (or maybe it was Cajun too) and a half order of Sriracha Chili and half Cajun Dusted. I saw a bunch of wings and I didn't think they should go to waste so I said no problem. 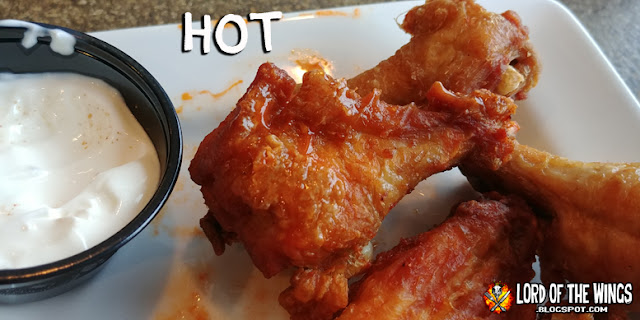 This was classic cayenne hot sauce. It was good, but I wished they had put on more sauce . . . 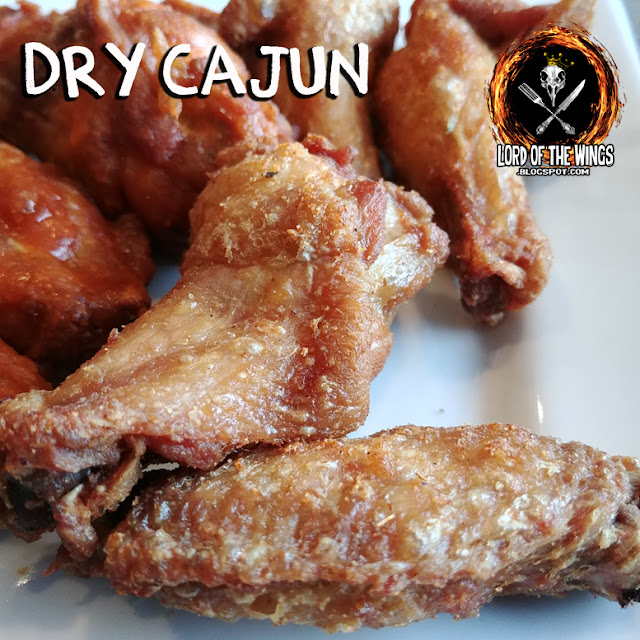 Um, I can almost see some seasoning. But this was super disappointing. If you hav to zoom in on a pic to see some form of spice, you aren't doing it right. 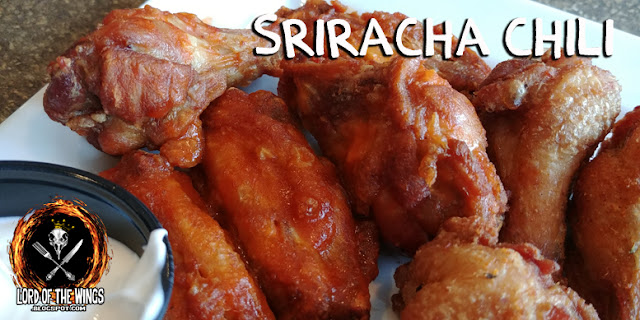 Now these were a wing I really enjoyed. They were a bit more saucy, and the flavour was definitely there. There was that spicy slightly sweet sriracha flavour that was thick and tasty. 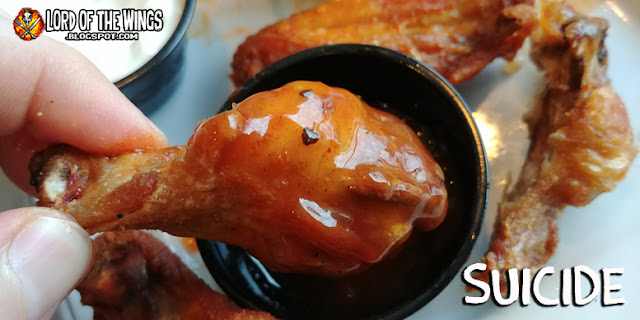 This was classic 3rd Degree, but they did some slight modifications - added pepper and chili into the sauce. It was good, no complaints.

Things have changed in 8 years at Broadways - they have some new sauces and some wing options, but the wings are still just ok. I wouldn't bother with the wings here unless it was on a Tuesday wing day. If I go back, I'm definitely asking for extra sauce. 8/15 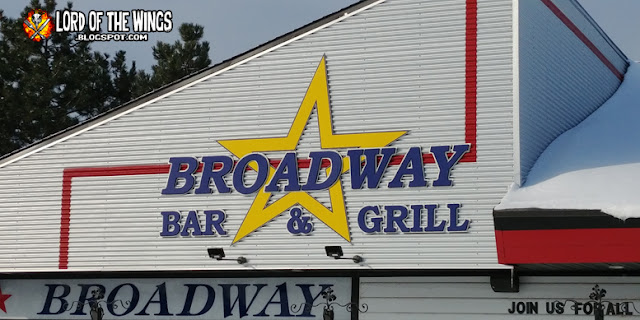 Broadways Bar & Grill
1896 Prince of Wales Drive, Ottawa ON (and other locations)
broadwaybarandgrill.ca