THE KING EDDY ~ Ottawa ON

It was early November and LJ & I were meeting up with her cousin Amanda. We decided to go to the Byward market and try The King Eddy. 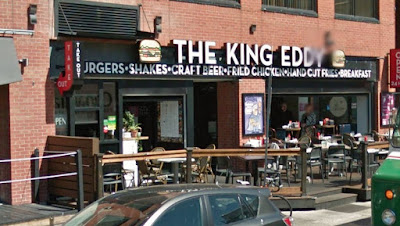 The King Eddy is what I would call a 'hipster' diner - its open 24 hours and serves diner-type food, but fully embraces an off-retro nostalgia and social media culture. 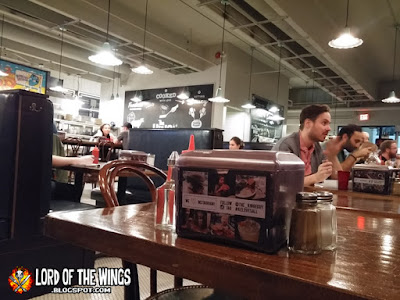 We were there on a Friday night and it was boppin. The crowd was super mixed: parents with kids or babies, business suits, seniors, youthful hipsters ... it was an eclectic crowd for sure. 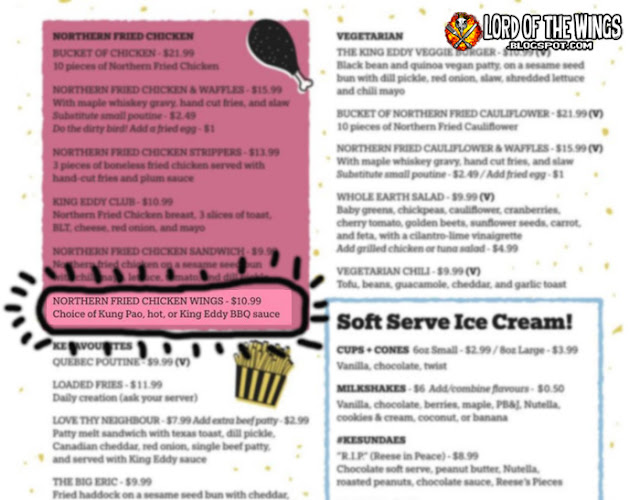 The menu was also pretty eclectic. You've got your burger and all day breakfasts, but they also have a lot of options geared to vegetarians. I found lots of things I would be up for trying, but I also found wings. 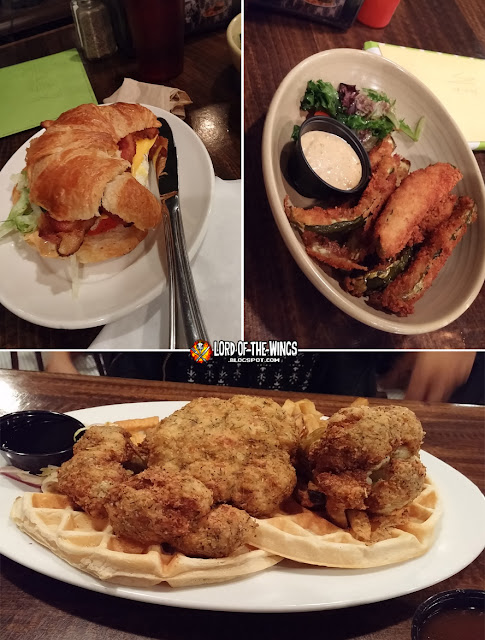 LJ got the Notorious BLT&E (Bacon/Lettuce/Tomato & Egg) minus the egg and the deep fried pickles. She thought the sandwich was ok but nothing special and that the fried pickles were good. Amanda went with the Northern Fried Cauliflower, which was basically a whole head of breaded and fried cauliflower. She liked the waffles and said the cauliflower was good, but didn't eat a lot of it. 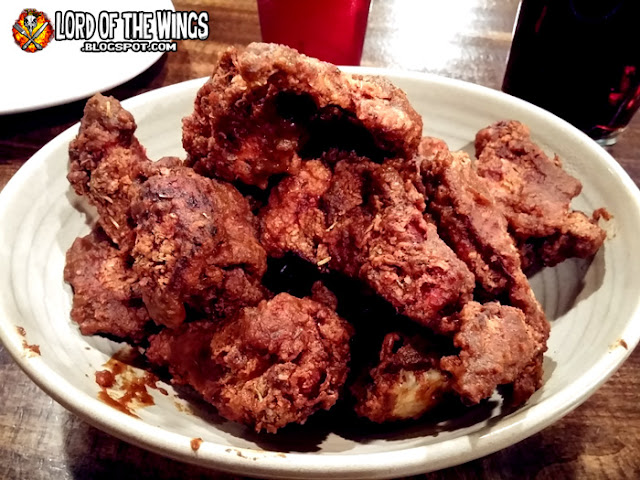 I  was going to go for the Friday night wing special, a Beau's Beer & Wings for $12.99, but the waitress warned me that it only came with 4 wings (despite what the menu on the website says), so I just went for a regular order. I was not expecting what came out. 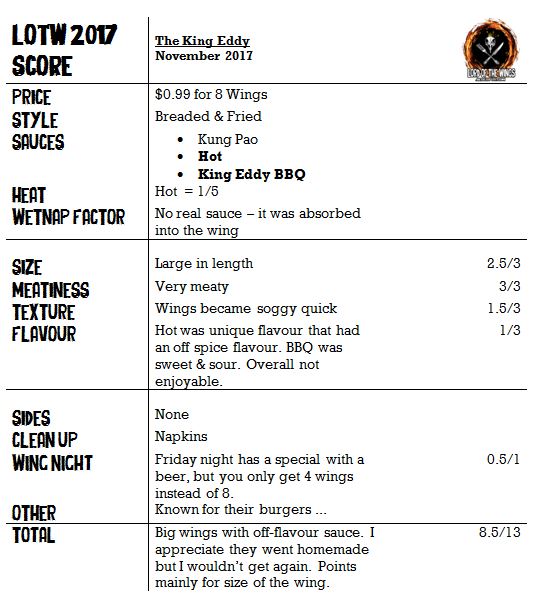 
"is coated in a mix of matzo meal and flour, which gives it a crust that is worlds away from your typical fried chicken. It's lighter and crisp in a way that brings to mind a cornmeal crust. Using egg whites to adhere the coating to the chicken ensures that the crust stays put, even if your chicken sticks to the bottom of the frying pan. The last bit of atypical preparation is sprinkling the hot chicken with the Bromberg's Fried Chicken Seasoning once it comes out of the fryer. Since the coating isn't seasoned at all, this post-fry application of the Old Bay-like spice mix is where the majority of the flavor comes from.

So, there you have it: Northern Fried Chicken thought up by two French trained Jewish boys from New Jersey."    from Serious Eats

This is something I only just learned writing this post, not known going into eating the chicken.

At some point I think the King Eddy must have changed their chicken wing suppliers. Their website menu says that the wings come in an order of 12, but now it's an order of 8. I suspect that the wings are much larger than they used to be - they are large and very meaty. I'll give these wings one major point, they are big. 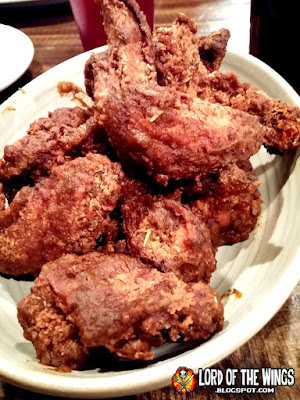 I'm just going to come out and say it - I didn't find the wings hot and I didn't like the taste that much. Now I'm not sure how much came from the Hot sauce or from the Northern Fried part. There was not much sauce, and what there was was absorbed into the skin (which quickly became soggy). So I couldn't really tell where the sauce flavour came in and the seasoned wing did.

There were spices in here that to me, do not go with chicken wings. Like an anise or nutmeg type flavour that was herb-y and not to my liking.

I got a their BBQ sauce on the side. It was sweet and a bit sour and I liked it better than the Hot sauce on the wings, but I don't think I could have eaten an full order of just the BBQ sauce. 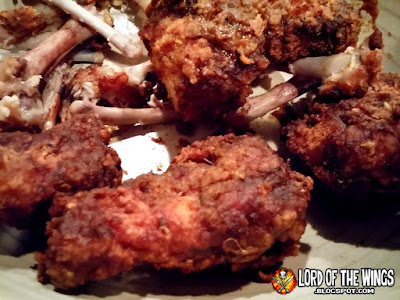 I was really excited to try these wings but I ended up being a little let down. The chicken was not crispy, the breading or the hot sauce (I couldn't tell because there wasn't much sauce). The others felt ok with their food. I won't lie, I wouldn't get wings here again. They were big (that's where most of the points come from) and I really appreciate that this was a in-house venture, but after seeing people's burgers, that's what I'd have again. 8.5/10