What's in a name? With a restaurant it can mean everything. And when a place is called 'Crispy's' they had better be crispy.

Back in the summer of 2016 before I had moved back to Ottawa, I had heard about a new fried chicken place in the city called Crispy`s. I had stopped in, the place was packed and there were only 2 employees (cashier & cook). I stared at the menu and while I went for wings, I was also really drawn into their Philly cheese-steak and got both. 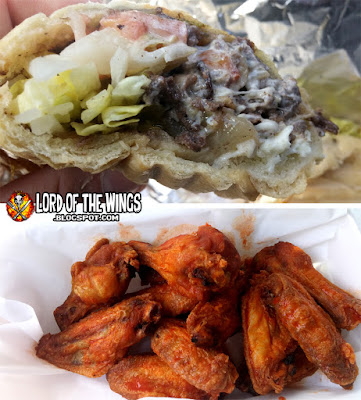 The cheese-steak was good but not traditional. The meat was cooked well and tasted great, but the sandwich had mushrooms (no thank you) which really ruined things for me. It also came with lettuce and tomato which warmed up and did not go well with the whole thing. I would get it again, just with some revisions. The wings on the other hand, were just ok. I mean it was just simple wings tossed in Frank`s hot sauce. They weren't even that crispy. The part that had killed me was that I saw others having their fried chicken which looked EXTRA crispy and tasty. How could these wings be so hum drum? 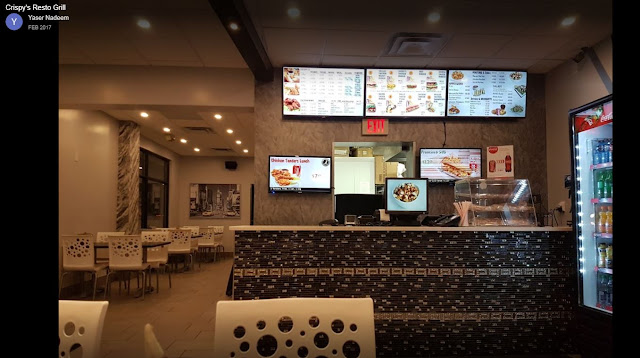 Flash forward to over a year later, and I decided to give them a second chance. Maybe I would just get some fried chicken and add hot sauce? It was lunch and the place was empty except for one other customer. There was only one guy working and he had to do everything - cash & cooking. Crispy's is a mix of take-out joint with a flashy sit down area. Its clean, its nice, but kind of a weird feel - like the owners were trying to make the best of the location. 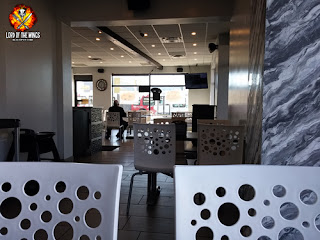 The menu is a screen over the ordering desk, and I scanned the menu and low and behold, the wings had changed! Below is the old menu still listed on their website. 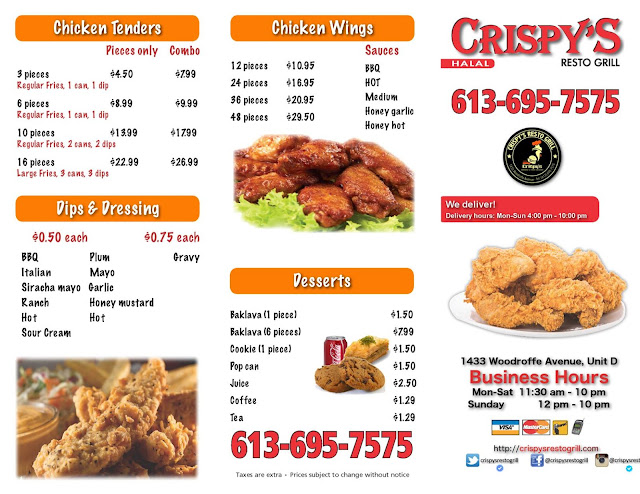 What was different? Well they now have a 'crispy' breaded option for their wings, which is about $1 something more (I didn't get a photo because it was super awkward and I forgot quickly). I had a vision of their crispy fried chicken in wing form, so that's what I ordered. When asked how I wanted them sauced, I asked for hot, but asked what their hottest sauce was ... but was told Frank's is the hottest they had. Oh well, Frank's is tasty. 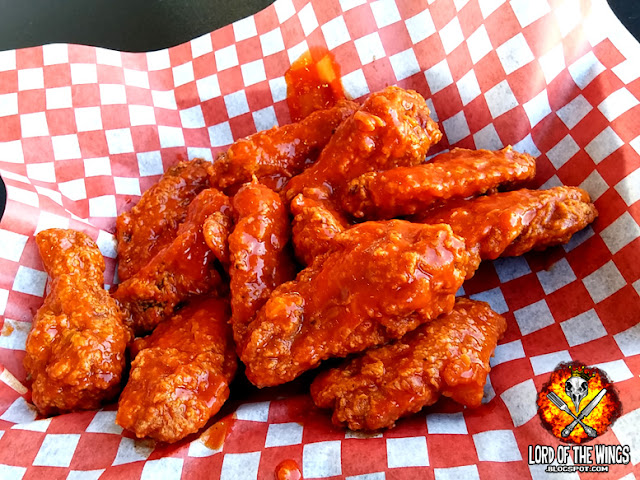 I had to wait about 10 minutes for my wings to be freshly fried, and before long, my order was up. I went up to the counter and was pretty stoked to see this pile of wings. 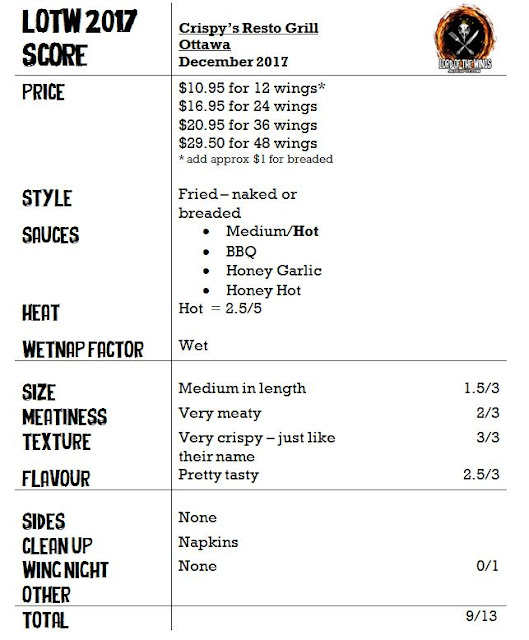 I went with their smallest order, which is 12 wings. The wings are deep fried, and in my case they are breaded in a crunchy coating. This meant the skin was extra crispy, but also let each wing grab onto the sauce. 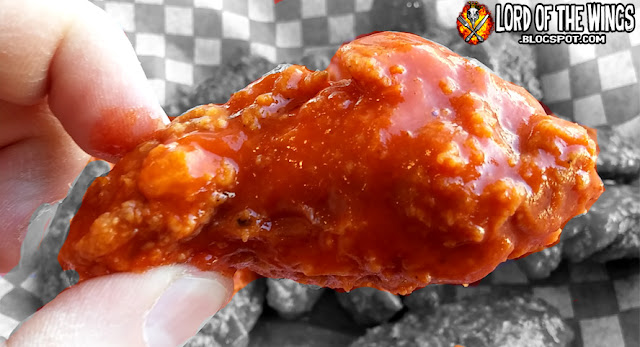 The wings weren't big in the length department, but they weren't small either. They were pretty meaty for their size, and were cooked just right. The hot chicken meat was tender, and the meat came off the bone pretty easily. 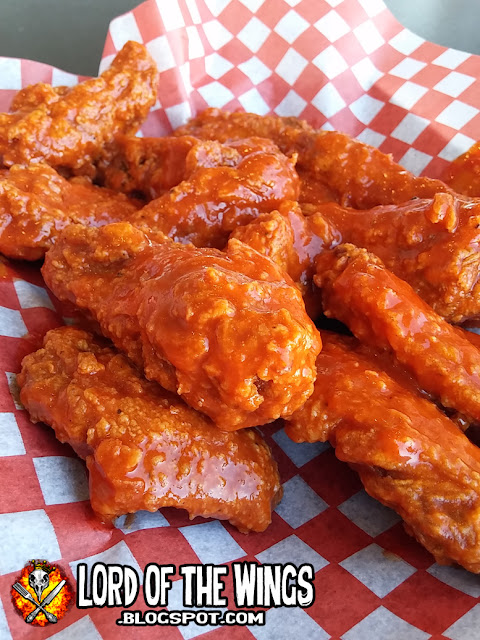 Sauce wise we were dealing with just straight up Frank's Red Hot. I'm not going to lie, that was more than just ok. First, the wings looked RIGHTEOUS. There was a perfect amount of sauce to coat the wings. The heat, well I actually found some of them spicy. I mean, what? Frank's is like, baseline. Maybe I was tricking myself psychologically. Either way, these wings were just delicious. 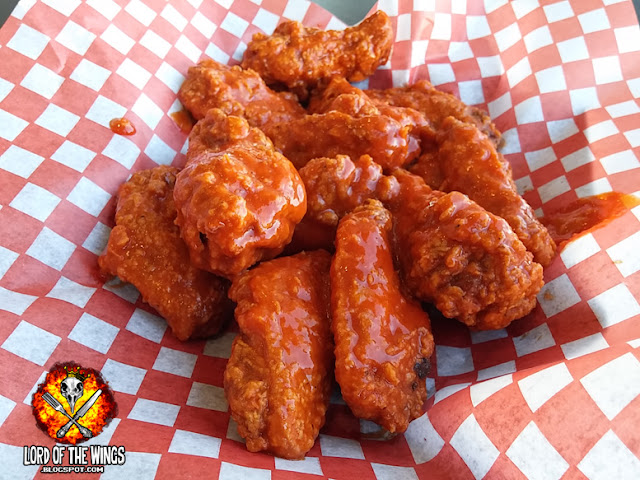 If you are looking for some great wings, Crispy's is doing them right. Just make sure you go with the crispy breaded option - plain is nothing special. These wings are cooked just right, sauced correctly and taste like a proper wing should. I waited a year, but I guarantee I will be back sooner for these righteous wings. 9/13