A few weeks ago I posted a meme about eating wings with ketchup : 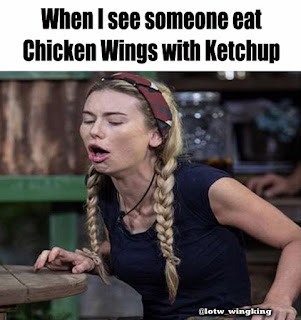 A few people wrote me and either couldn't believe that someone would put ketchup on their chicken wings. It happens. It's wrong, but it happens. And then I saw this: 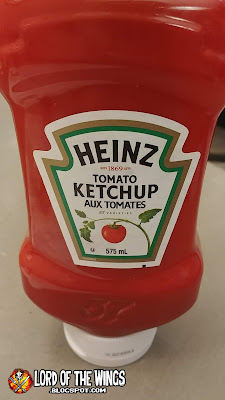 I was at a diner the other day and was looking at the Heinz ketchup bottle on the table. Then I flipped it over: 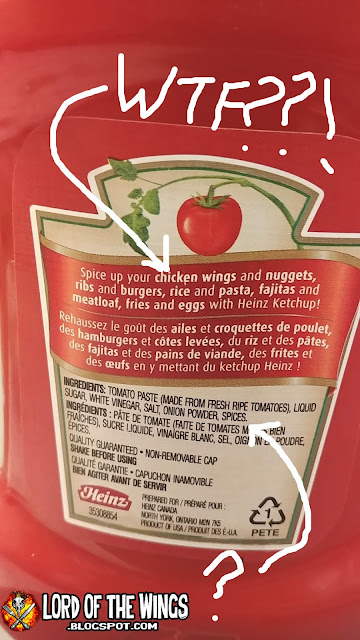 This is not right. First off, Ketchup is not spicy. If anything it's sweet. In fact, 'spices' is the last ingredient on the bottle, and I think they might just mean black pepper. To say you are going to spice up chicken wings with ketchup is just a plain lie.

Second, ketchup does not belong on nuggets, ribs, rice, pasta, or fajitas. Who puts ketchup on rice? I get burgers or fries or meatloaf. I could even let ribs slip if ketchup was in the BBQ sauce, but fajitas? C'mon.

So recap, ketchup has it's place in the world, but not chicken wings.