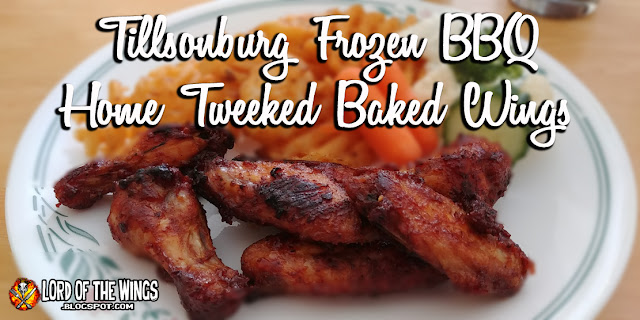 We had just arrived back from our trip to Cuba, and my father-in-law's fridge was pretty bare.my wife and I hit up the nearby Freshco grocery store to get supplies when  one display caught my eye: 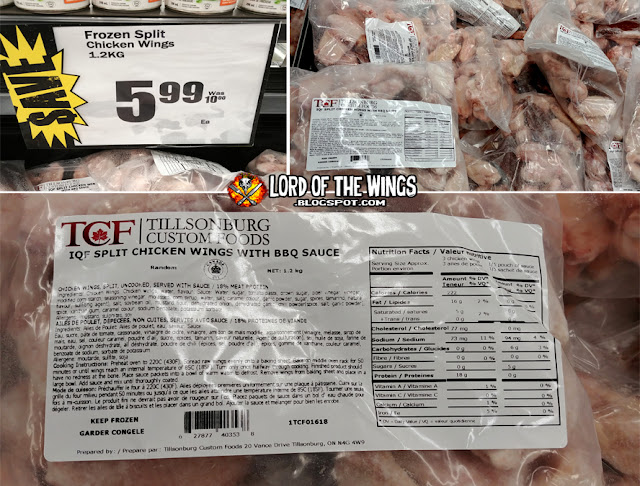 1.2 Kilos of wings (about 25) with $5 off! Then I looked a little closer ... these wings are from Tillsonburg. I grew up in Tillsonburg! Growing up there I when I was younger there was nothing special about wings and the town, but I believe that Tillsonburg Custom Foods is a big processed food developer now. We got some of the wings and decided to try them for dinner. 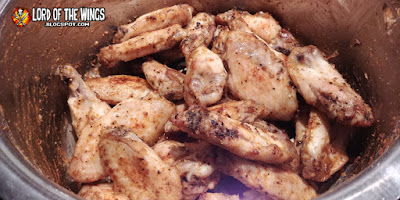 The wings were a good size, but they looked kind of funny. They also looked really plain, so I tossed them in a pepper, garlic, chili powder mix then into the oven on parchment paper for about an hour. 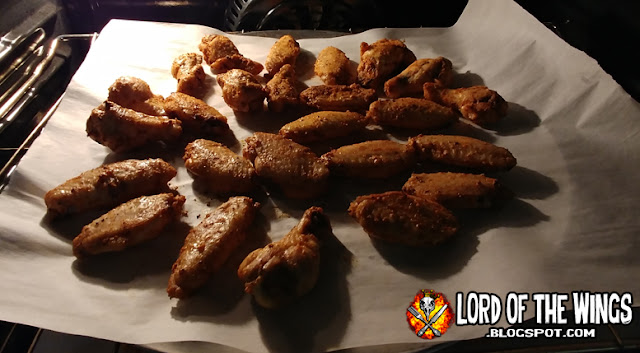 After roasting for a while they did not look too bad. 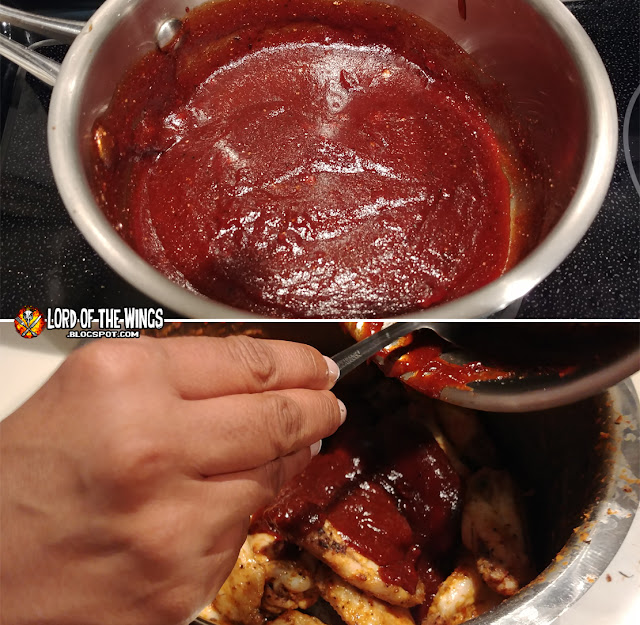 I didn't look at the package too closely when I bought them, so I didn't realize they came with BBQ sauce. I didn't have much confidence in this generic packed frozen sauce, so I doctored that up as well. With the 2 packets I added stuff I found around the kitchen that wasn't mine: 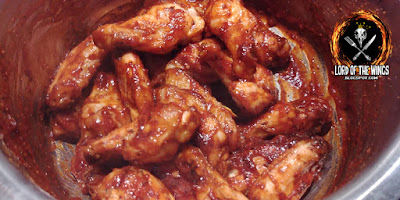 The sauce was thick and when the wings were done baking, I tossed them in a bowl with the sauce. 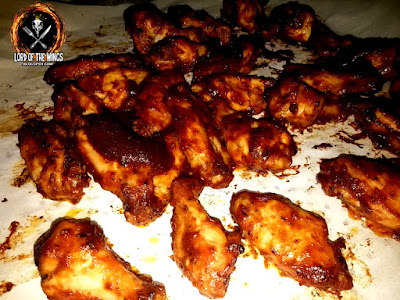 After saucing them, I put them back in the oven to bake for about another 10 minutes. 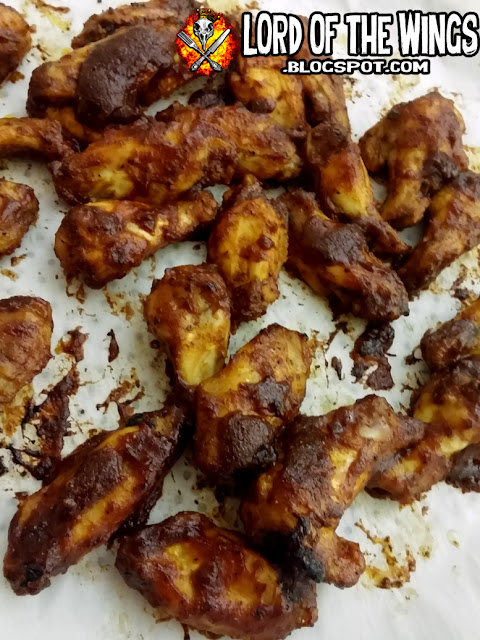 I. I am not sure if these look good or not. At the time they look good, but now I'm not so sure. 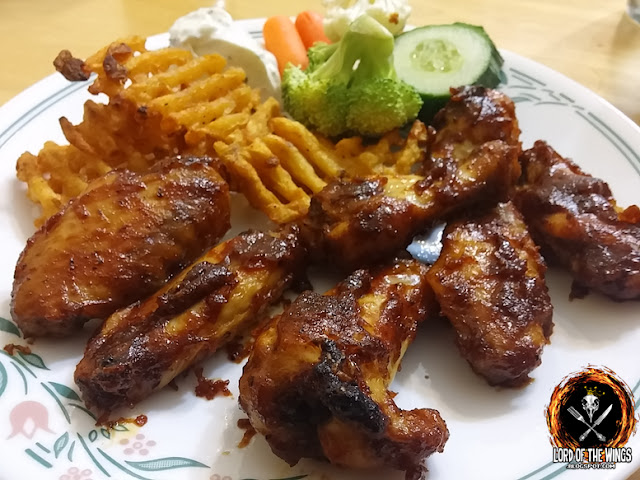 So after about an hour and a half, the wing dinner was ready to be served. We had them with some waffle cut fries and a veggie platter with some dip. Not a bad combo eh? 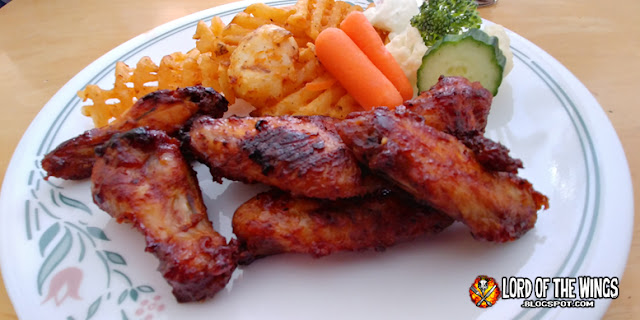 I have to say I wasn't super impressed with these frozen wings. I'm not a big fan of frozen wings all around. These were ok - the chicken meat was a medium tenderness; not tender enough, but not tough either. The skin wasn't that crispy, which yes is party from the problem from baking, but also from chicken that is cooked straight from thawed. Fresh is always best, but fresh isn't as always convenient..

That being said, I think I was able to transform these wings enough to make them not too bad. If I had just followed instructions on the package, I would be left with unseasoned wings with generic sauce. By seasoning the wings before saucing, I gave them a flavour base that was slightly spicy and garlicky. Then the sauce I elevated to make it more savoury and spicy. The result was a garlic, spiced chicken wing with some sweetness. 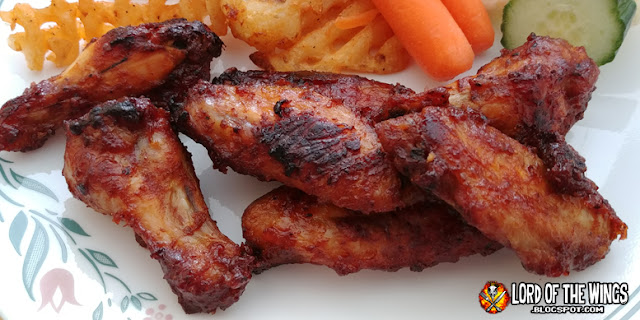 We ended up buying two bags but I'm not sure I would buy them again. With the remaining bag, I will either thaw, brine and bbq grill up these wings and apply sauce to them to give them a smokey, grilled taste. That, or thaw and deep fry and hope that we could get a crispy skin. But I think the bbq route would be better since you are probably not going to get a crsipy skin either way, so might as well put them on the 'que.