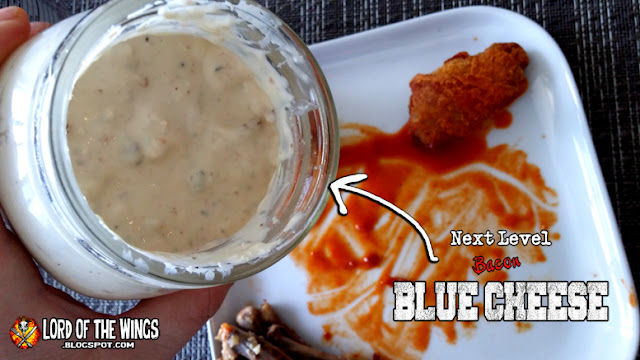 When you have Buffalo Wings, you have to have dip, and that dip better be blue cheese. But if you are having a Super Bowl party and you want each aspect to impress the fans, you have to take that blue cheese to the NEXT LEVEL. I do that with bacon, and a bunch of other stuff. 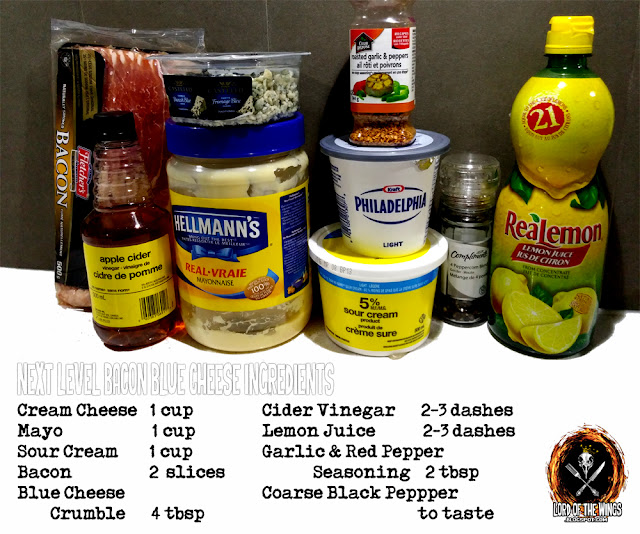 Yes this is a lot of ingredients for blue cheese dressing, but we aren't holding any punches. We also have to balance this dressing out. 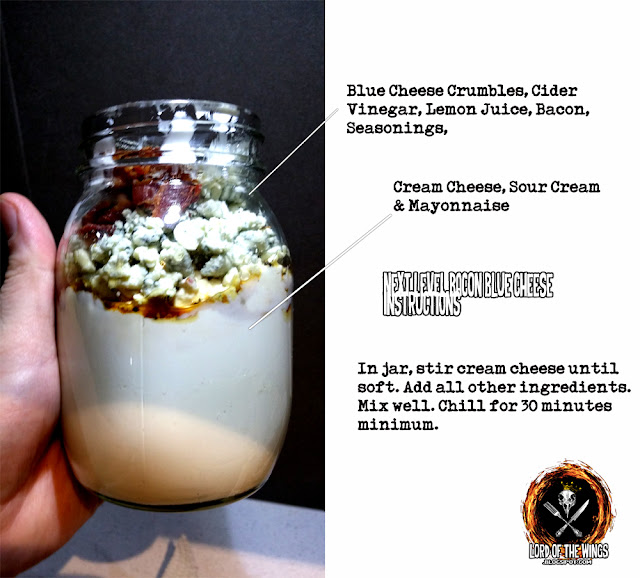 Assembling this drip is easy. Having done it in a mason jar was not. I was thinking about the presentation, not the practicality. Mix this in a bowl folks, then transfer to a jar if you want.

The only real work is cooking the bacon and chopping it. The other part is softening the cream cheese to make it spread and mixable.After that, you just add it all and mix. Then chill. 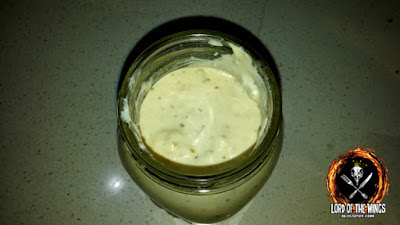 There are a lot of layers of flavour and textures to this dressing. The cream cheese makes it thick and creamy. The lemon juice and cider vinegar give a bright zing to the sour, pungent blue cheese.  Then you have garlic and pepper seasoning. Oh and bacon, crispy chunks of salty bacon. This batch  did not last long.

This may be too thick as say a  salad dressing, but to dip stuff in, it's aces. Dip wings in there, celery and carrot sticks, add it to the Chex mix - add it to whatever you want to add some seasoned, salty, creamy goodness. Usually blue cheese is just used as relief from spicy food, but people will be finding anything to use as a vessel as an excuse to eat this dressing. 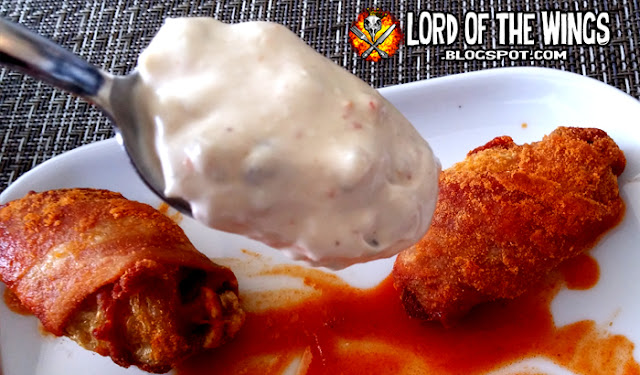