This is part of my #lotwsummercatchup from back in June.

Part of that summer catch up isn't just being late on reviews, but continues my trend of returning to places I reviewed like 10 years ago. In this case, I was going back to the Royal Oak, a pub chain you can find all over the city. The last time I had wings at a Royal Oak was back in 2008, and I was not impressed. But a few months ago, fellow wingstagrammer @ottawawings posted about the Royal Oak, and I was surprised there had been some upgrades since I was there over 10 years ago. Ever since I have been tempted to go back. 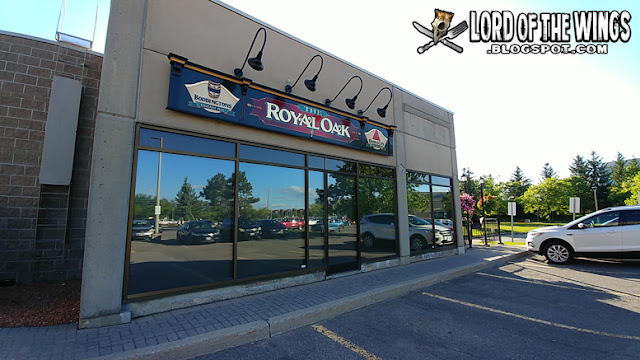 So I did, but not to the Westboro location. I checked out the Centrepointe location. The place looked familiar, and then I realized, this was formerly Marshy's - an old sports bar that had AYCE wings. I went in, and it looked exactly the same as I remembered it. Well almost. 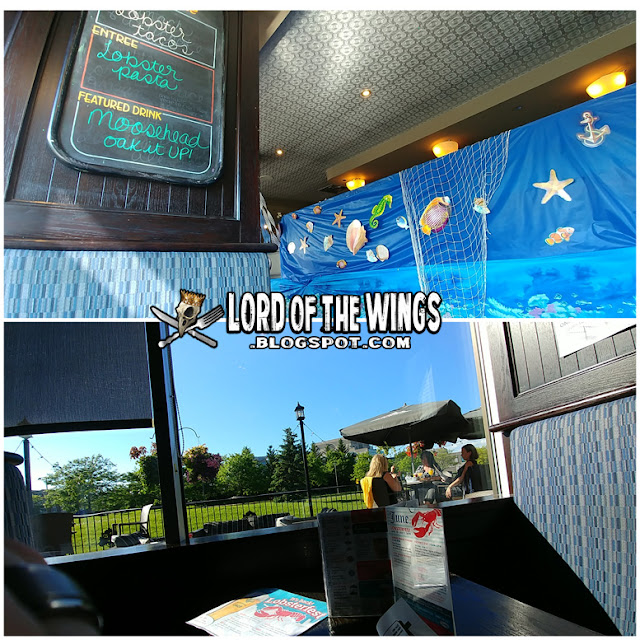 At the time, they were having a Lobsterfest event on and they had decorated an under the sea theme to the place. It was a beautiful start to summer, so the patio was packed. I went inside and the bar area was busy, but the pack portion of the pub was empty. My server was the bartender, and he was busy but told me to grab a seat where I wanted. I took a booth with a nice view. 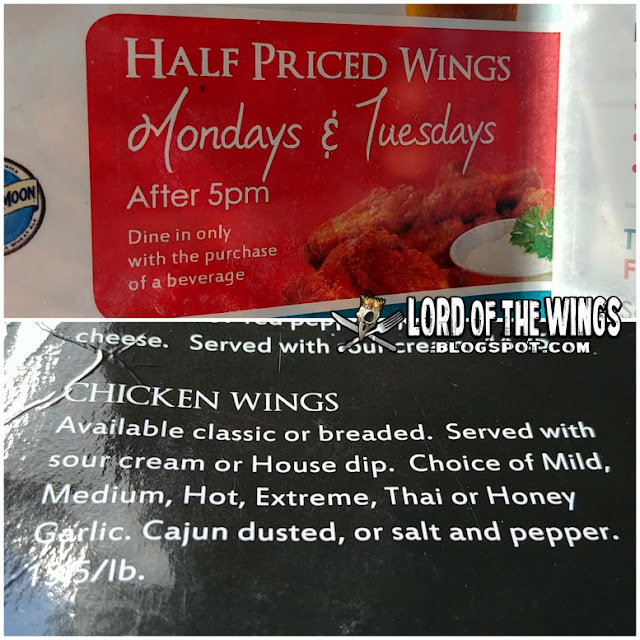 I had done some research and knew that on this day it was wing night. and I was happy to see it reinforced on a card at my table. But the bartender, who was always in a hurry, didn't mention it. He went through the Lobsterfest spiel and drinks specials, but nothing about the wings. He took my drink order and then he was gone for a while.

When he came back finally,  I asked to confirm about wing night and he said yes. He asked if I wanted breaded or not. I asked for an order of Hot, and he tried to go. I then said I also wanted an order of Cajun, and he tried to leave. I finally got in the side of Extreme, but he left before I could ask for House dip instead of sour cream. Oh well. 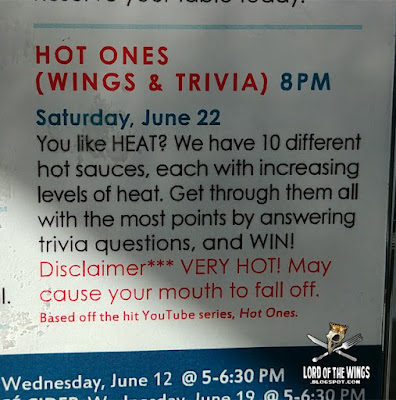 I was also excited to see advertisement for Hot Ones wings and trivia. It seemed like a cool event; I only wish I could have gone. I wasn't there long when another server brought me my wing fest and I could get started. 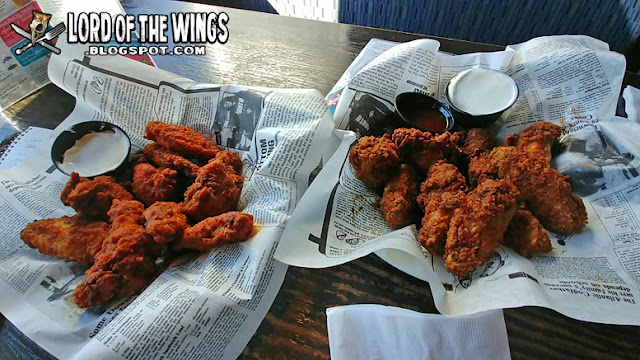 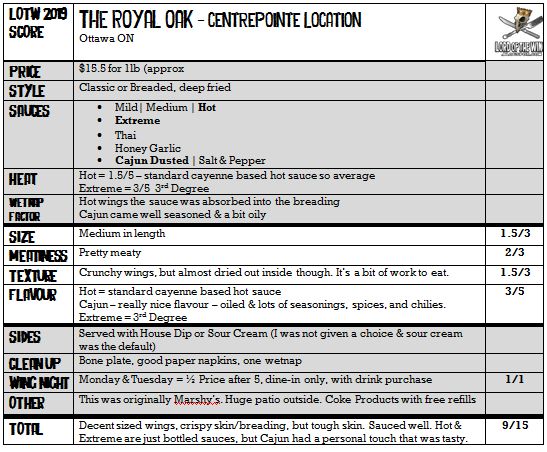 When I had Royal Oak wings back in 2008, they were small, scrawny, and not great. I was pleasantly surprised to see things had improved. 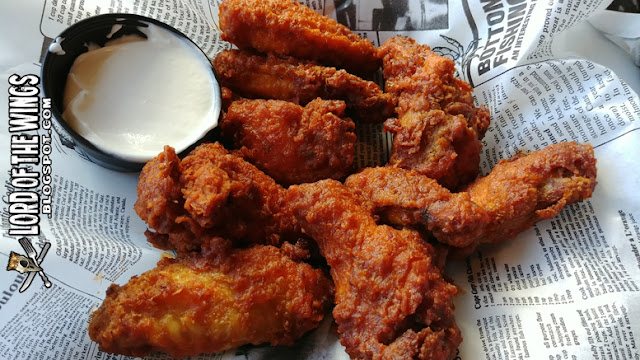 Wings come in orders by the pound, with there being about 9 wings in an order. There is a fairly equal split between flats and drums. No veggies or sides came with the wings, but there was dip. As mentioned above, I didn't get a chance to ask for my own choice, so they brought out the sour cream. I'm very curious what the House dip would have been. 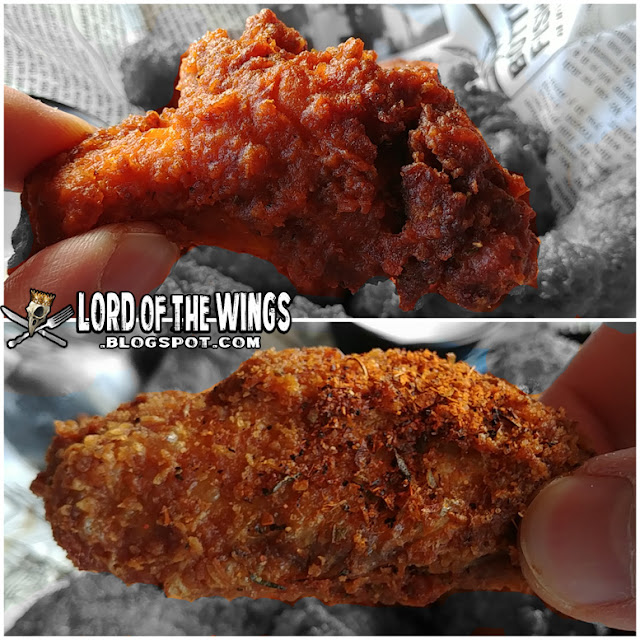 The wings had definitely been upgraded since 2008. These wings were breaded and deep fried, giving them a very crunchy coating. They were a medium in length, a nice size, and were relatively meaty to their size. 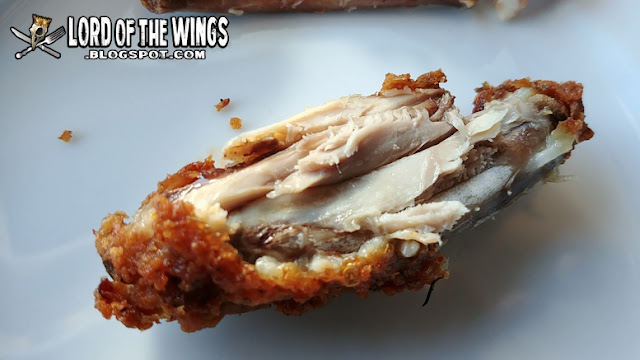 The skin was nice and crispy, but the meat was a bit dried out unfortunately. They were a bit of work to eat, and to tear apart the bones. 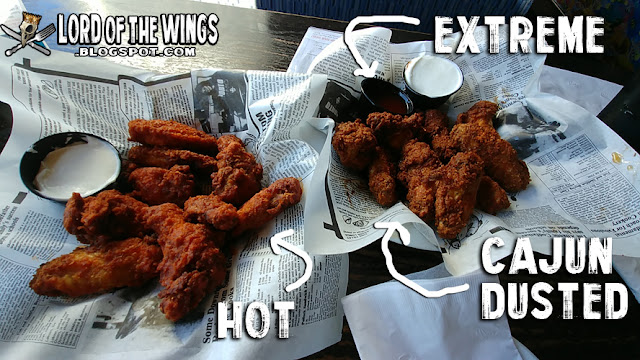 I went with my go-to double order, Hot, Cajun Dusted, side of Suicide (or in this case, Extreme). The hot wings were clearly tossed in sauce, but it was partially absorbed into the breading and didn't leave any excess wetness, but the Cajun was dusted well. 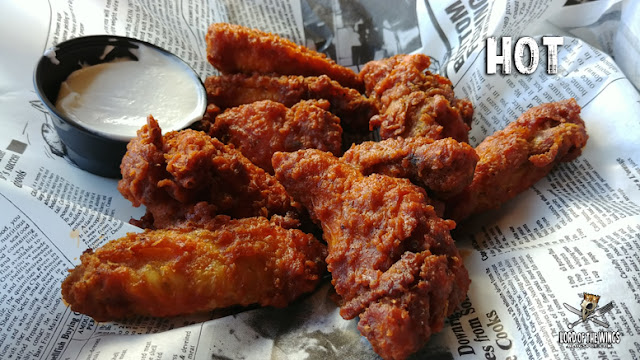 This wasn't a wet wing or a dry wing. You could tell there was a simple hot sauce in there, but it wasn't bold or anything exciting. Decent hot wings. I would ask for extra sauce next time. 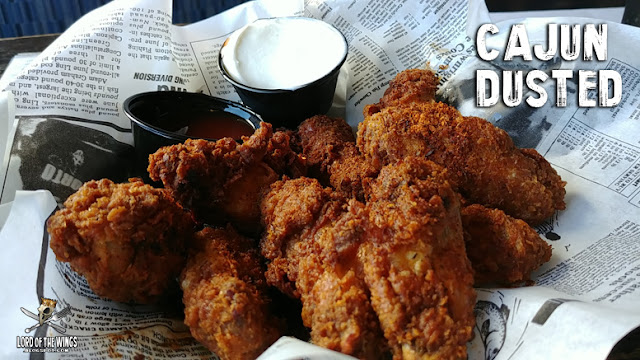 These were seasoned very well, and they weren't just using a commercial Cajun mix. This rub was full of chilis, spices, garlic etc. 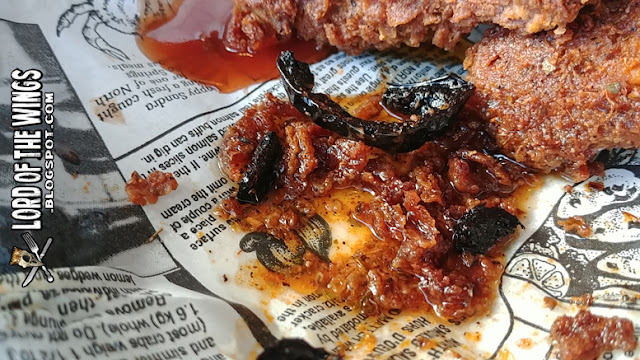 They must have been tossed in a bit of oil with the spices which was great. I like that extra love. These were tasty, spice flavoured, and garlicky. It was good, but wouldn't want just an order of these on their own without side sauce or dip. I would dip them in the Extreme, and then into the sour cream, which wasn't a bad combo. 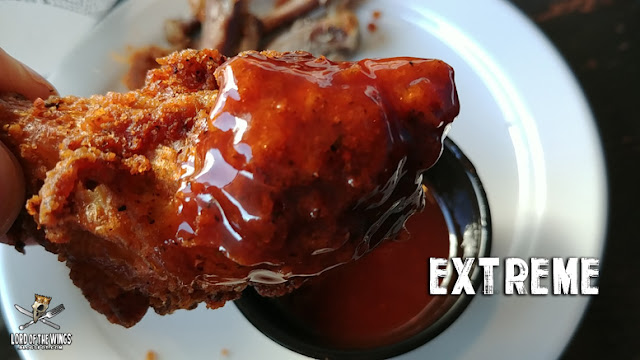 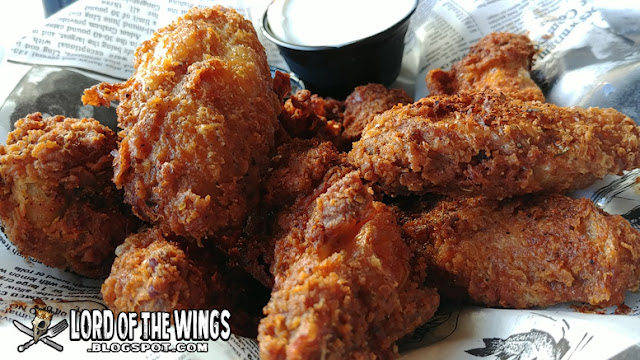 Well, the Royal Oak has certainly upped their wing game over the years. There's a bit more love, but it's not all love. The wings are bigger, breaded, and there's some interesting flavours here. The wings were on the verge of being too tough, but I still had a good meal. Everything is overpriced on the menu, including the wings, but with two wing nights, it makes up for it. 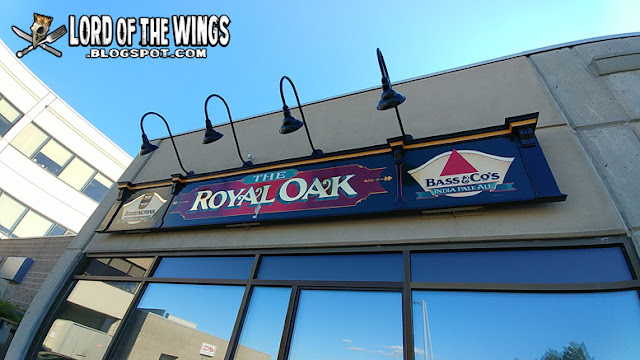 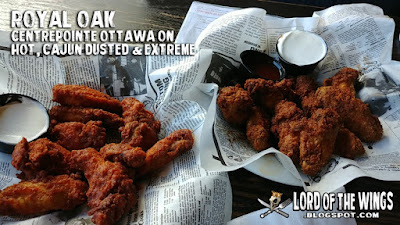