I don't know. I just assumed it was a made up name for an Irish pub. There's no info on their website (there's almost NO information on their website). I did a little bit of web research and there is a guy named Liam Maguire in Ottawa. He's an NHL historian, writer, and radio broadcaster. So maybe he is the owner? No, but based on an interview with the Ottawa Sun several years ago, "He’s not the owner but he says he has a "business relationship" with the pub." I don't know what that means exactly. Who is this place named after?!?! 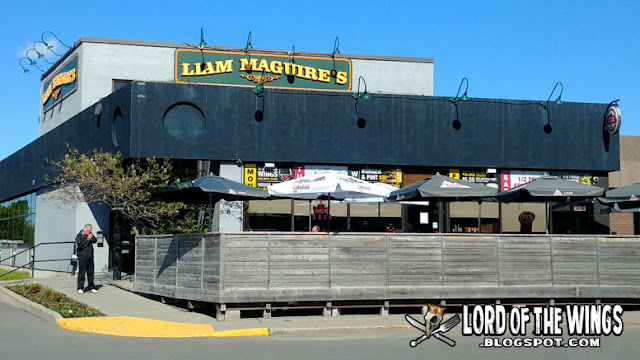 This has been a pub in Ottawa that I've seen around for a long time, but never checked out. Never heard anything great about the pub, so never went out of my way to check it out. But back in May, I decided, hey, it's wing night, I'm on my own for dinner, let's go and see what's what. 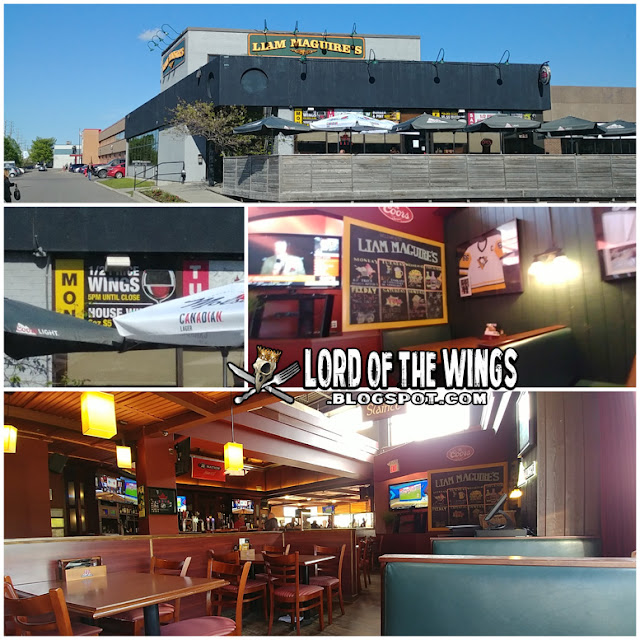 When I went, I didn't know much about the pub or it's history. Now I know at one point it was a Hooter's, but I'm not sure when one closed and the other opened. I've driven past this place many times, but it wasn't until I actually decided to go that I noticed they have a good size patio at the front. I also saw a specials banner that mentioned 1/2 price wings, so I was glad to confirm it was wing night.

Inside, the place looks pretty big, and pretty dated. The crowd was mostly seniors, but there were a lot of them, and most seemed like regulars there. The patio and the inside was busy, so it's definitely doing well for a Monday. My waitress, Vera (the name on my bill anyway), was friendly, told me up front about their wing nights (Monday and Sunday), and answered all my wing questions. 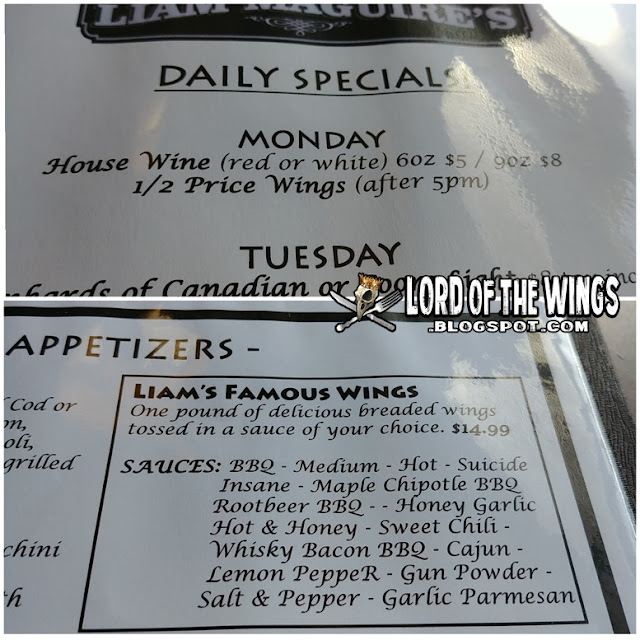 After looking over the menu, the wing sauce section was full of interesting names, so I asked Vera about what some of those sauces were and here's what she said:

Wow, it's nice to see some variety and some homemade mixes on a menu. I made my choices of doing Hot, Whisky Bacon BBQ, and a side of Insane. 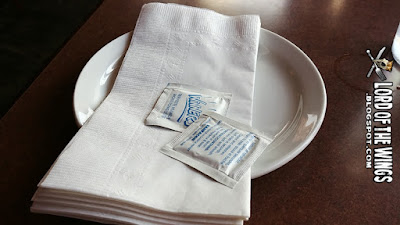 Shortly Vera brought me a bone plate with some nice napkins and two wetnaps. She also brought me me my Diet Pepsi; it didn't taste like Diet Pepsi, more like a generic cola. It's free refills but I didn't bother. I also didn't bother to complain, so that's on me. 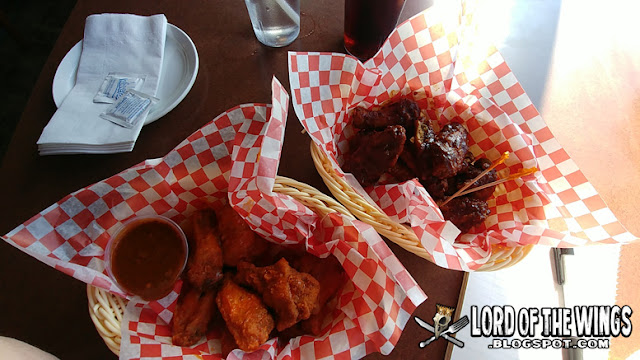 Not long later I was ready for my wing feast! 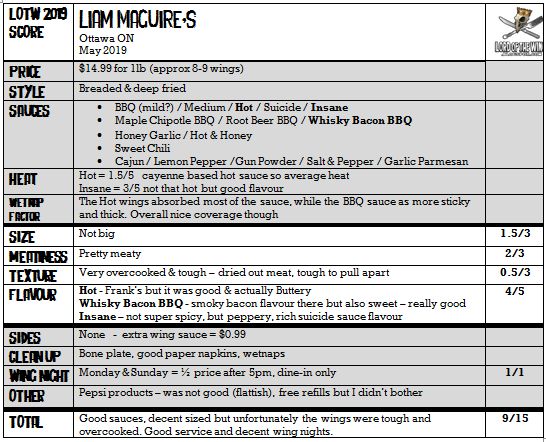 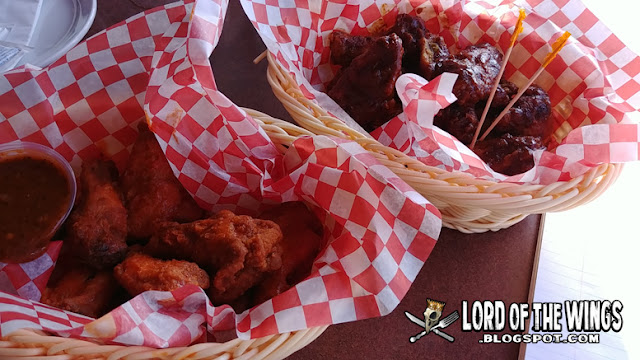 Wings are served by the pound, at $14.99 an order. You get about 8 or 9 wings in that order, and it's an equal mix of flats and drums. There are no veggies and no dips on the side. 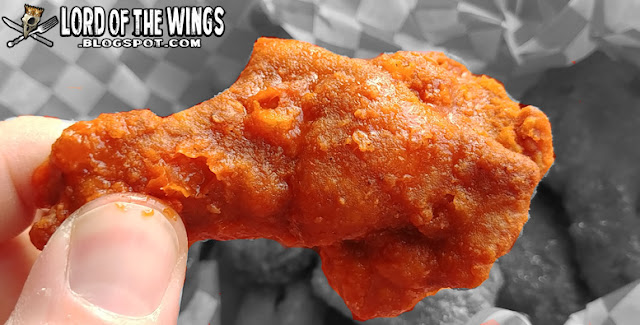 The wings are not big - maybe a medium - in both length and width. They are kind of meaty for their size though. They are dusted and deep fried. 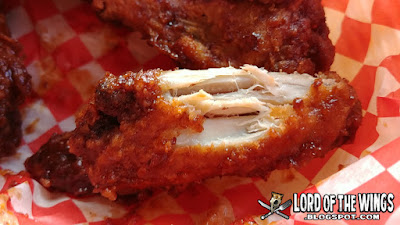 These wings were kind of crispy, but they were very overcooked. Very tough. Dried out very much. There was an old lady behind me who was not having a good experience; first she couldn't get wifi to work, then she got wings too and when Vera checked in on her, she said she did not like the wings. Vera asked if it was the sauce and the lady said no they were too tough. Vera asked if she wanted them replaced but the lady said no. Ya they were tough. 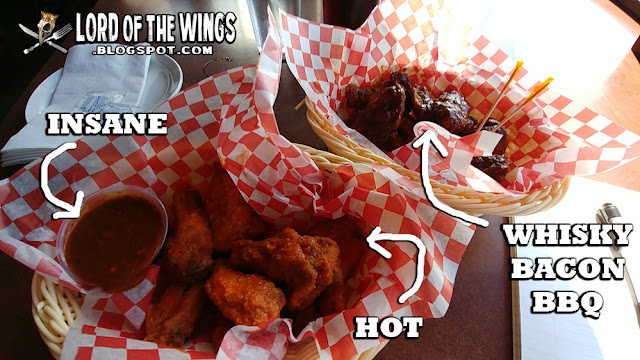 The wings may have been dried out, but they were sauced pretty well. All the wings had good sauce coverage. As I mentioned, I went with one order of Hot, with a side of Insane, and another order of the Whisky Bacon BBQ based on Vera's suggestions. 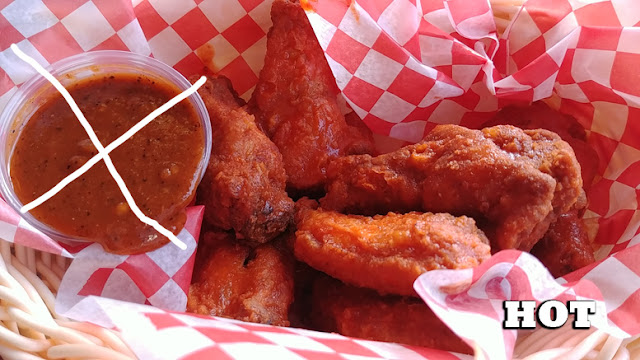 This was just classic Frank's Red Hot, but it actually tasted a little buttery and rich. So it was good, but nothing special. 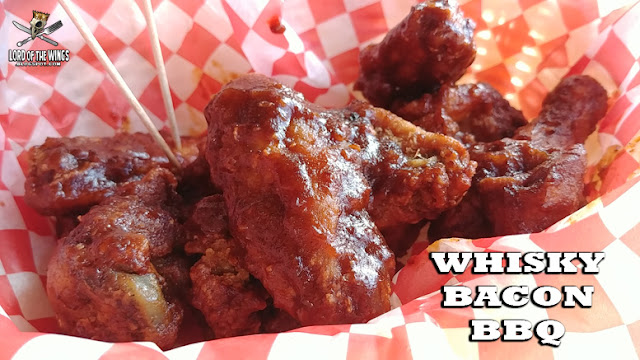 From my notes:  "... was good because it had this bacon taste, that smokey bacon flavour that's there, but then you've also got this like rich BBQ sauce that's not that sweet in my opinion, but it is a bit sweet ... it's a nice sauce, I liked it a lot!"  It was also thick and clung to the wings the way a good BBQ sauce should. 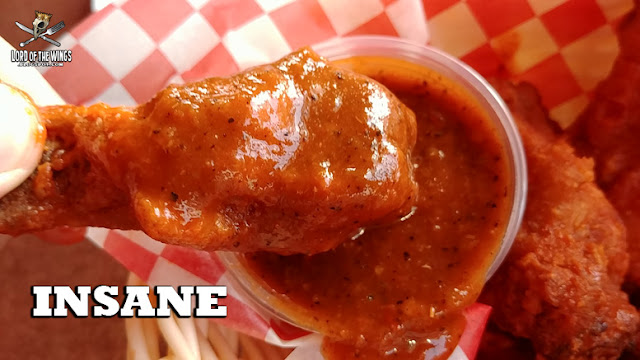 Now you hear 'Insane' and you know there's already a Suicide on the menu, you should be in for something that kicks your ass a little. This did not. Actually I was a little surprised how not killer it was. It did have a nice peppery kick, a good flavour that I didn't love, but I did like. I wouldn't want a whole order of just this for my wings, but on the side it's a nice accompaniment for sure. 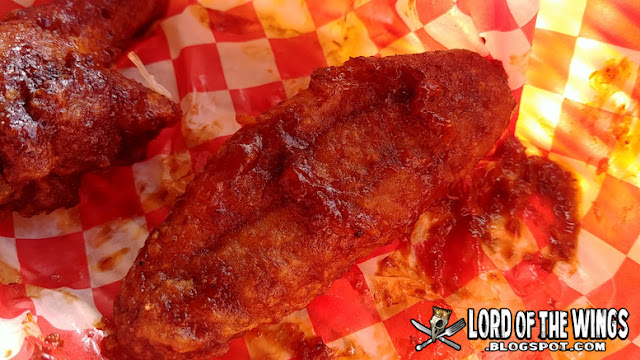 So Liam Maguires was ok. The atmosphere didn't really do anything for me. My waitress Vera on the other hand was great. I was sad about the wings because there was a lot of potential here. The wings may not have been big, but the sauces were good, the saucing was good, and the dusting should have made for a crispy wing, but they were so dried out and overcooked they were not that enjoyable. I don't know if this is just a wing night problem or an everyday issue, but it put a damper on my wing experience. I'd go back to see, but only on wing night though because of the price. 9/15 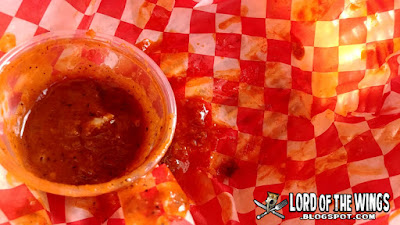 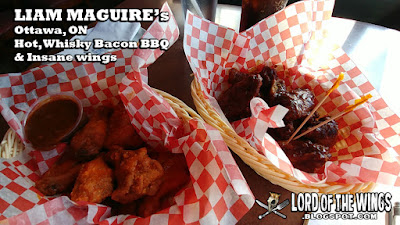