Sometimes you just need a good burger, and independent burger joints can be the best. 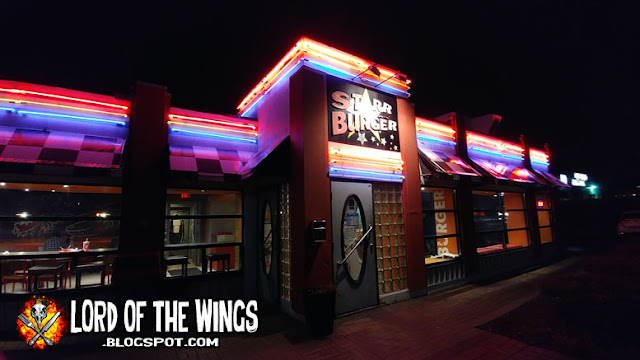 My wife is from Whitby and for years I've been going but we don't often eat out when we go. I've always seen this burger place called Starr Burger and wanted to try it out. It really stands out with its catchy kitschy name, and it's 50's diner neon.

A few weeks ago my father-in-law wanted to take out his brother and family but wanted something different but affordable. I mentioned Starr Burger off hand but never thought they would go. They did, they liked it, so on our last visit we decided to go too. Yeah! 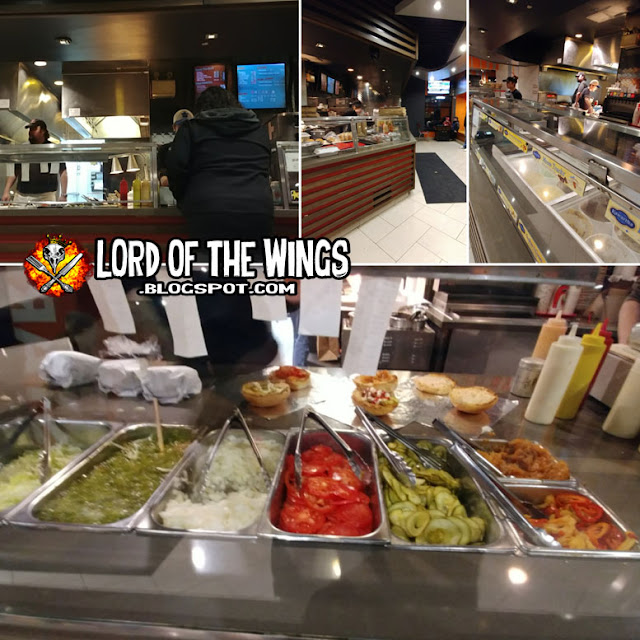 Starr Burger has been around since 1974, but they certainly don't look that old. They must have done a reno in the recent times. We were there on a Saturday evening for dinner and the take-out side was packed. The dining room wasn't empty either.

There's a big counter with Kawartha Dairy ice cream (my fave) on the right, the toppings on the left, and the cash in the middle. You can see right into the kitchen and watch them flame grill the burgers which is exciting. The menu was really hard to see - its only on the wall and is quite small - if you don't know what you are doing it can be a little daunting.

The burger building is similar to Harvey's, with their have-it-your-way condiment tray in full view for you to pick out what veggies and sauces you want. Beyond your usual toppings, there's also caramelized onions, garlic mayo, and spicy mayo.

When ordering burgers, they advertise Regular or Starr burger. I had to ask and the guy at the cash explained that the Regular is a frozen, smaller patty, while the Starr patty was hand formed and larger. My wife & father-in-law had already ordered Regulars before finding this out, but I wanted the Starr. You can see the difference in the photo above. 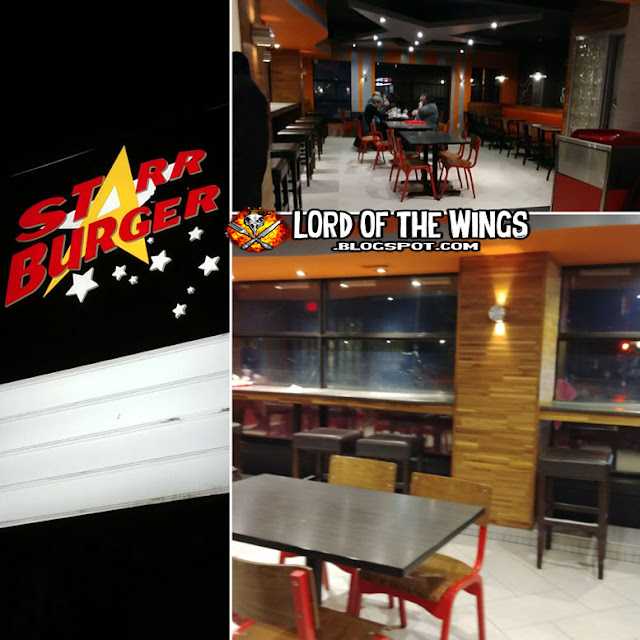 The dining room is clean and modern looking. It's comfortable and spacious; I find a lot of independent burger joints are cramped with cheap seating but this was really nice. For some reason I didn't take a photo, but there are big chalk murals on the walls. Another little detail that I didn't notice until looking back at these photos is if you look at the top right photo above, the lights on the ceiling is a giant star. Huh! 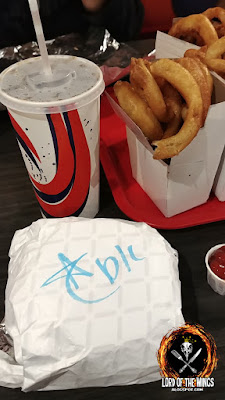 We all got their combo but we all upgraded to cheese, onion rings, and I upgraded to the Starr patty and added bacon. 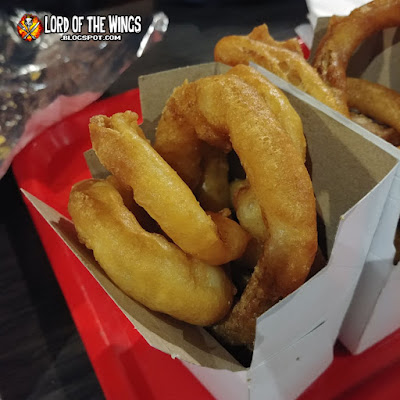 The onion rings here are homemade, which is great.  They are battered and deep fried and they are pretty huge. They are puffy and a little bit crispy, but they were pretty oily. When you bit into one, juice ran out that was partly from the onions, but partly from the oil too. They were good, but after eating this sizeable portion the oil did get to each of us.

When I unwrapped my burger, I was a little underwhelmed. The burger just looked small - the bun seemed to hide everything except a few toppings peeking out. But once I opened the bun, I saw what was going to be a very messy experience. 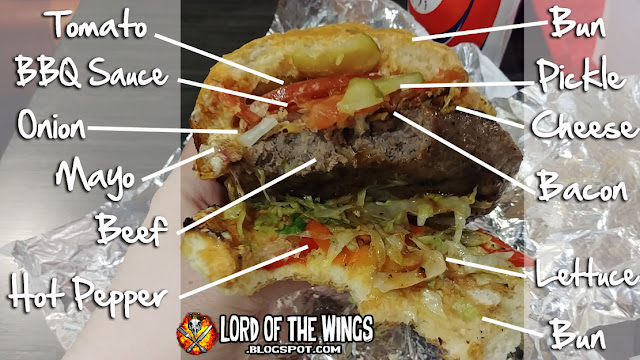 This was my burger. All the toppings were fresh and tasty. The bun was super soft. The bacon and cheese were kind of lost with all the other fresh flavours - I'd probably just skip it next time.

The burger was tasty and had that flame grilled flavour. The patty is hand formed, but it is mixed with some sort of binder/filler so its not pure beef. I am totally on board for the Starr burger option over the Regular - but the Regular is perfect for my wife who prefers a thin burger to a thick one. 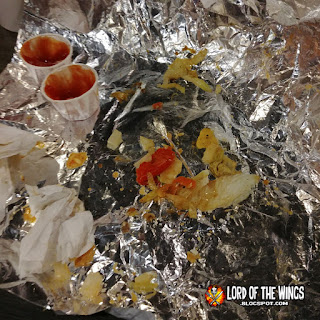 We all really enjoyed our food. The highlights were the flame-kissed burger and for me that beefy taste with the fresh toppings. Nice crispy hand made onion rings. Will definitely go back in the future. 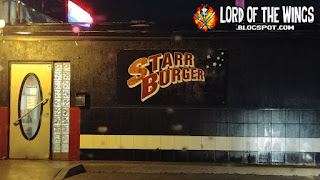 Starr Burger
900 Brock Street North, Whitby ON
facebook.com/starrburger/
Posted by Lord of the Wings at 8:25 pm