Yes, World Wide Web Wacky Wing Wednesday. WWWWWW. This is where I will surf the Web, and find other people talking about chicken wings. The world is full of chicken wing stories, wacky and otherwise. Recipes, restaurant reviews, eating contests or whatever. Today's Blog relating to wings in some shape or form:


Wings & Beer: A Comedy of Errors

I came across this film directed and written by Khaldoun Aldhalie on IMDB. The description:

"Sam is a shy, single guy, who meets a girl on a dating website. He is pressured by his two best friends to sleep with her on the first date. A comedy of errors back at his apartment leads to someone being injured and cops being involved. He soon discovers that no matter how perfect you plan a date disaster is only one minute away, and fate has its own plan for him. " 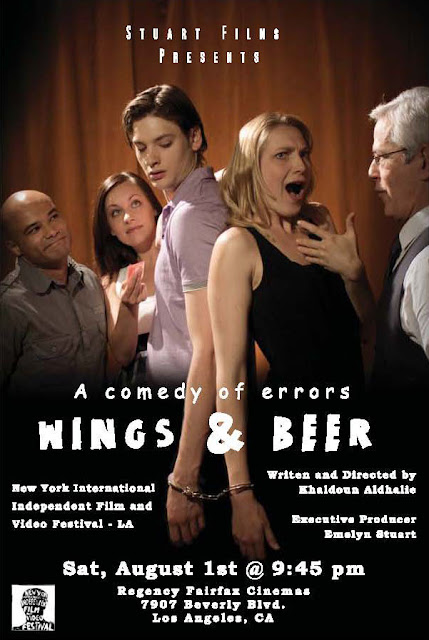 Their website is no longer up, but I did check out the trailer (which I can't embed here - sorry). I won't comment on the acting or lighting or writing. What I will comment on is the clear lack of chicken wings in the entire trailer. Seriously, where are the wings? Batman had a bat-man in it. Jurassic Park had a dino-park in it. Mary Poppins had a Mary Poppins. Where's the wings?!

But another movie called Wings and Beer came out in 2010. Maybe it has more to do with wings. Doubtful though,
Posted by Lord of the Wings at 11:13 am

The problem was that "wings" were demanding union pay scale for the movie so they substituted "chicken finger" body doubles and a soft focus.....

(what? that was funny)