After 2 years, Dude is finally home in Canada! Teaching English in China and eating Chinese chicken wings, we decided that it was time to reacquaint him with Canadian wing fare. Dude came to Ottawa for a week long visit, and LJ was occupied this night and unable to join us, so a boys night out it was. For a long time people in Ottawa have asked/told me to go to the Clocktower Brew Pub, and it was wing night, so it was a good time to try it. 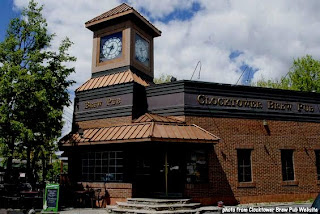 The place was busy. Our waitress Laurie stated that it wasn't as bad as most Tuesdays, where a line up out the door usually exists. We were fortunate to get a table, but it was near the door to go to the patio/basement/bathroom/pool room and a cold breeze came upon us often. The good thing was that the waitress computer station was also right behind us, so it meant we were going to have access to Laurie whether she wanted to see us or not. 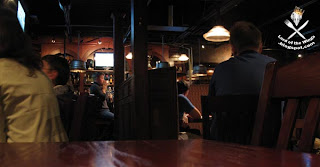 As we sat, we caught up on old times, new times, and took in the very mixed crowd: young urban professionals, uni & college students, eavesdropping families (our discussions of Chinese politics and culture must have been interesting because we heard them discussing us) etc. The decor of the places is wood and brick, and we, well I had a great view of the brewing vats of their homemade beer. I also noticed everyone was having wings. 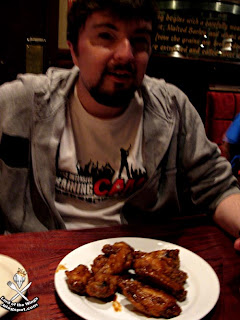 When in Rome, right? So we got wings too. Despite the crowds, Laurie served us up our orders in a decent amount of time. 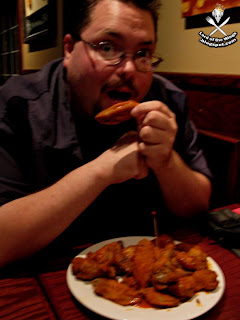 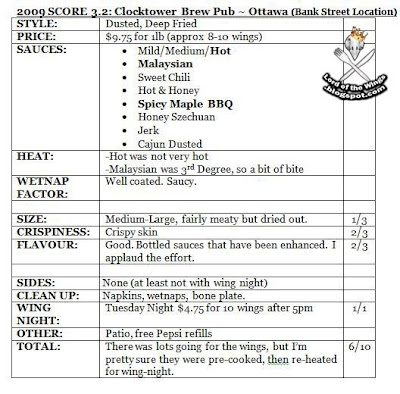 There's nothing I like more than having a big old plate of wings put in front of me. 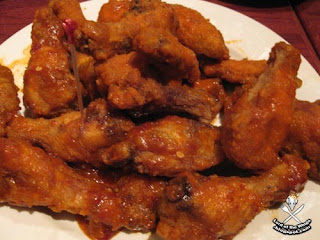 The Clocktower have a wide variety of flavours compared to most pubs, and I was in a sampling mood, so I got an order of Hot, an order of Malaysian and a side of Hot & Honey. Dude went with Spicy Maple BBQ. 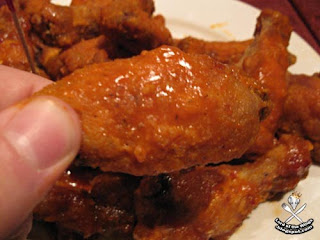 The wings were about a medium to large in size, dusted, then deep fried. The skin was crunchy, tossed in generous amounts of sauce. My big complaint about the wings was the chicken itself. They were tough and labour-us to chew. My theory is that the wings were cooked up earlier in the day and are flash fried/reheated just before serving. 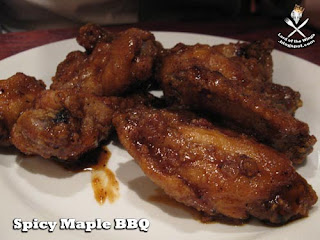 SPICY MAPLE BBQ
Dude's wings. They were very unique - but they didn't really taste like BBQ, nor did they taste like maple. Actually there was no maple at all. They did taste like an Asian sweet sauce with a hint of BBQ. Very unique and while I wouldn't eat a whole order of it, I would sample it from a wing platter. 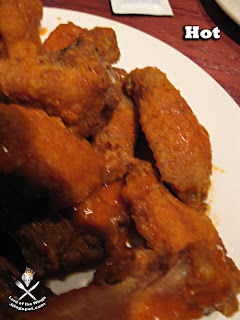 Hot was a classic pepper hot sauce with butter. It wasn't what I would describe as hot, but I'm sure there are those that couldn't eat what I would say is medium. Dude and I swapped several wings and hot seemed to be his fave. 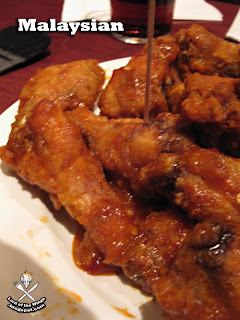 One reader of the blog Matt C, recommended the Clocktower a while back, and suggested the Honey Szechuan and the Sweet Chili, but he also recommended the Malaysian for its heat. I asked Laurie about it and she said it was their version of suicide (next time I'll have to try his other suggestions). "Is it just a spicier version of hot or is it a completely different sauce?" I asked. "Different sauce" she replied. Malaysian it was.
I was intrigued and couldn't wait to try them; one bite and I was back with an old friend - 3rd Degree sauce. But not just simple 3rd Degree, no this sauce had some Asian flavours in there which gave this a really unique flavour. I liked it, but 3rd Degree can have a slight chemical/additive taste. As Dude said, "It tastes like hospital, and you can quote me on that." 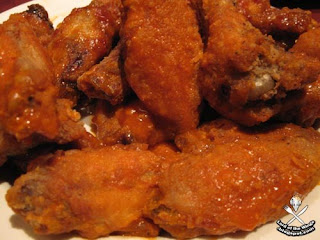 I also asked for the Hot and Honey on the side, but it never came, and with all the flavours at our table, I didn't need it. 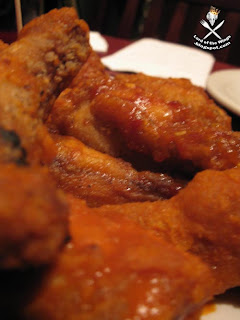 FINAL SCORE: The wings had a lot of potential. Our chicken was tough and I'm pretty sure was just reheated - I hope it was just a flaw in our order and not a regular thing. But the crispy skin and variety of jazzed up sauces were good. I wanted to give them more points, but I've had bigger and better quality chicken. But the place was packed with wing lovers and people line up, so either ours were a blip, or the people don't mind. I guess I'll just have to go back to find out. 6/10. 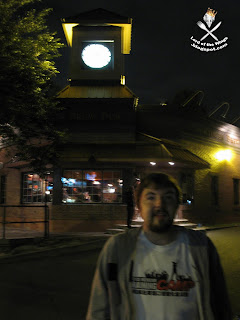 Welcome Home Champ
Clocktower Brew Pub
575 Bank Street, Ottawa (and 2 other locations)
clocktower.ca
Posted by Lord of the Wings at 12:32 am

Gord's in Ottawa next weekend ... and he loves brew pubs! So I just mentioned it to him.

Hope you dobn't mind but I linked this post to my Blog. Teena pointed it out to me as I was heading to Ottawa to fence.
I read your review and had to go, only my interest was more about the beer. I wanted to try the wings, but was too hungry. next visit I will.
Enjoy your Blog

Swordsman - I don't mind at all. Thanks for checking me out and say hi to Teena. Awesome fencing by the way, I hear it was tough competition!

I was there on Monday night.

The wings, as you know, were so-so.

The beer, though, was yummy!