This past weekend, I caught the tail end of Rocky IV. I'm assuming it was on because Creed 2 comes out this week where it seems Apollo Creed's son Adonis avenges his fathers death by fighting Viktor Drago who's father Ivan Drago killed Apollo in the ring. Make sense? 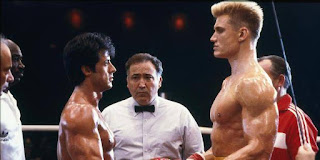 I love the Rocky movies, and my favourite is Rocky IV, mainly because I love the Soviet angle and the villain, Ivan Drago. As it turns out, Drago only has 9 lines in the whole movie - each could be applied to a wing meme (go here and think chicken wings after each quote). But here are my top 3 Ivan Drago wing memes. 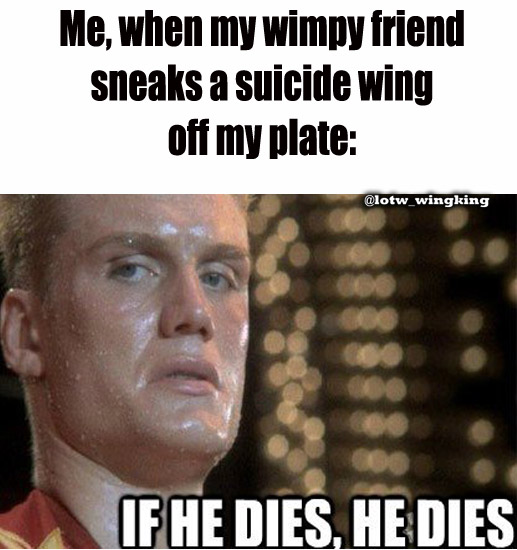 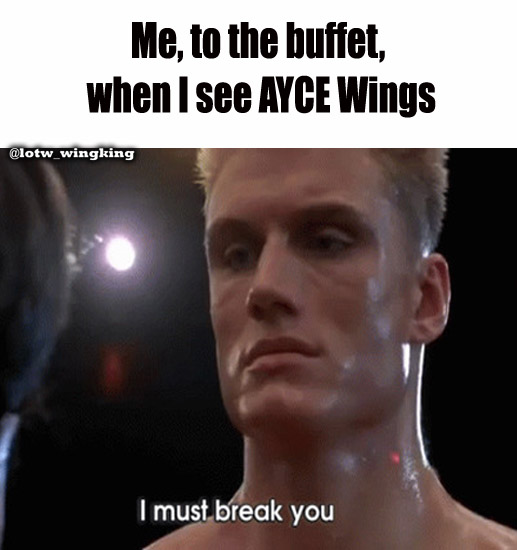 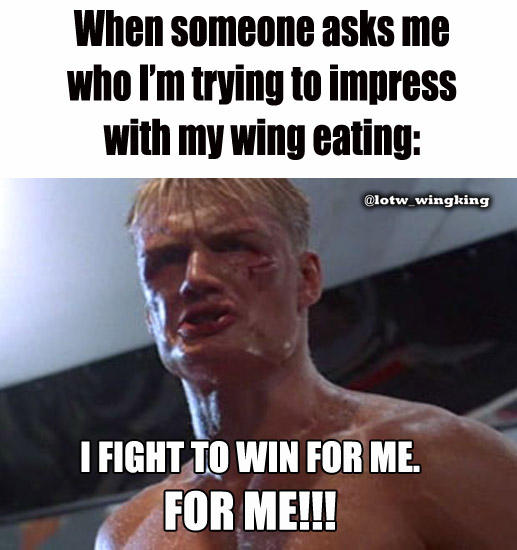 Are you going to see Creed 2? I probably won't - I didn't see Creed yet. For me, it's just the first 5 Rocky movies, and then Rocky Balboa. Which is your fave?
Posted by Lord of the Wings at 1:58 pm