The search continued for great wings in Ottawa.

I have a small list of places to try based on recommendations I've read or on descriptions of menus on websites . . . and as the list grows shorter, I was afraid that there was just nothing left out here in the capital. I did come across an article on the net from the Ottawa Citizen that talked about a pub that brought in 'celebrity' chef David Adjey (from Restaurant Makeover fame) for a 'menu makeover'. What was relevant to me was that the restaurant was very keen on producing fresh, homemade food that David only tweaked as he too was impressed. Now nowhere was wings mentioned even once, but I took the chance that this Pub might just take their philosophy of fresh and tasty to their wings. 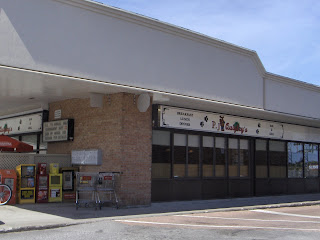 First off, PJ's is nothing to look at outside. Stuck in a strip mall, with a less than exciting sign, this place is visually easy to miss. When I had gone to their website, I got a warm, pubish feel for the place (which it is inside), but the outside almost looks like a pet shop with a fenced in patio. The sign has paw prints and a dog, which I assume is a holdover from before they renovated the restaurant.

I was in for an early lunch, and the place had just opened up. No one else was there, and I took my choice of seat out on the patio because the weather was wonderful. There's nothing to look at on the patio, because it just faces a parking lot and more mall, but it was nice just to be outside. 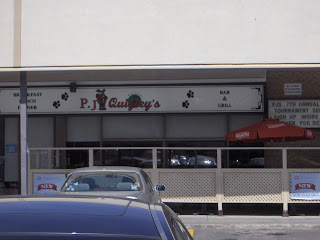 My waitress Ashley was very friendly and was perfect in attentiveness. Being the only patron, some waitress's can have the tendency to dote on you too much, or not at all. But she was very helpful, especially with some of the questions I had (see below in sauce section)

The menu didn't seem to be anything special when I looked at it. In fact, I was kind of like, "what was the big deal with the 'menu makeover'" as there wasn't anything I hadn't seen before. I thought the menu was kind of small actually. Then I re-read the article and realized that Adjey had cut down the menu and focused on solid food. 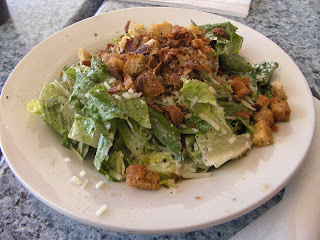 I wanted to be a little healthy, so I ordered a small Caesar salad. Ok, so a Caesar salad is not really healthy. But I see green, and that means healthy right? Anyways, it came out and it was a pretty big salad for a small. It was piled high, and tasted super fresh. Yes super fresh. The croutons could not not have been homemade, there was real bacon on top, and the lettuce was crisp. My only complaint is that the dressing was not strong enough. I grew up on my fathers homemade Caesar dressing that has a killer garlic taste to it, and this one the sauce was pretty thin. 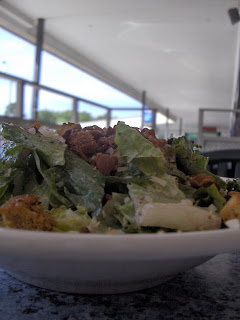 Fortunately I wasn't here for Lord of the Salad. 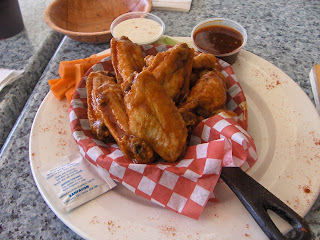 My eyes grew really big when the wings came. First, I loved the presentation (it really does make a difference). The cast iron pan it was served in, on a plate sprinkled with paprika, the wings piled up . . . it just looked exciting. I love cast iron! And the larger plate allowed me to balance the veggies, dip and the side of suicide sauce without putting it on the table or get it all goeyed up with my wings in the pan. 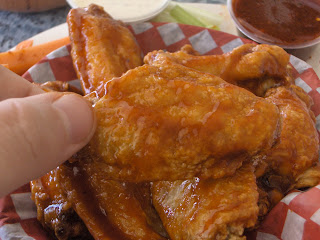 The size of the wings were great. Large, meaty and dusted in flour. It looked crispy and crunchy just looking at it, without being soggy from the sauce. They were hot out of the deep fryer and the meat was nice and tender inside. 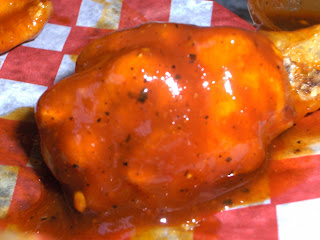 As usual I ordered hot with a side of suicide. It seems like a place will do a decent hot and crappy suicide, or a great suicide and a crappy hot. But PJ's did both right. Well, they could have both been hotter, but they tasted good. They came out sauced well, and adding the suicide just added to the mess. I couldn't decide which sauce to eat my wings with. 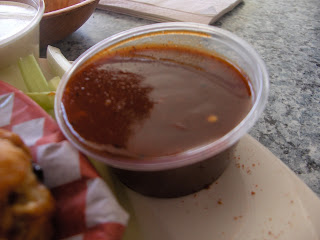 The suicide sauce was dark, bold with a nice kick. There was a lot going on and I didn't know what exactly. I asked Ashley is she knew what was in the suicide and she said she would check with the kitchen. She came back and told me there was over 10 things on the ingredient list, but some of them were Frank's, some other hot sauce, chili flakes, and well, several other things. I don't expect the whole recipe . . . a place has gotta keep some secrets, but there were some tasty things in there that I would like to know what they were! But the homemade quality really showed itself in this sauce. 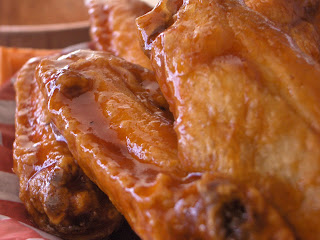 They are also all about the customer. Not only do they have their weekly specials, they also have a Rewards membership that gives points to things like free food and other stuff. 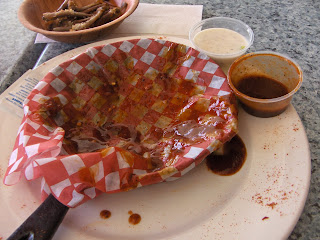 FINAL SCORE: Maybe its adaptation theory, but I liked these wings. What's adaptation theory? That's where you adapt to your surroundings and accept something lesser because there is nothing better available. Ok maybe not, but really, they did do a great job on these wings. I wish they weren't located so far out there in the South/West end. 17/20 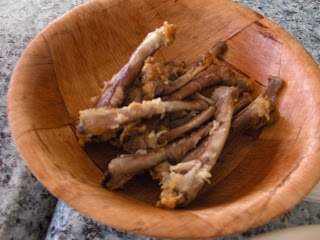