The DEVIL Went Down To DUFF's ~ THE WALL OF PAIN

"The devil went down to Georgia, he was looking for a soul to steal.
He was in a bind 'cos he was way behind: he was willin' to make a deal.
When he came across this young man sawin' on a fiddle and playin' it hot.
And the devil jumped upon a hickory stump and said: "Boy let me tell you what:"
I bet you didn't know it, but I'm a fiddle player too. "
And if you'd care to take a dare, I'll make a bet with you."
Now you play a pretty good fiddle, boy, but give the devil his due:
"I bet a fiddle of gold against your soul, 'cos I think I'm better than you."
The boy said: "My name's Johnny and it might be a sin,"
But I'll take your bet, your gonna regret, 'cos I'm the best that's ever been." 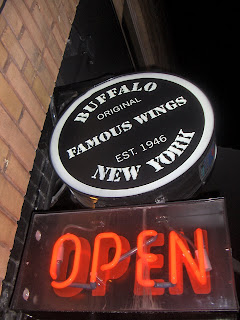 The first wings of 2008!!!! I was psyched when Julianna had suggested last year coming to Duff's for what was supposed to be my last Tuesday in Toronto for a potentially long while. And Tuesday at Duff's can only mean one thing . . . 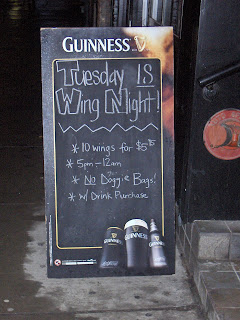 . . . long line-ups because it was wing night. And this wasn't going to be just any wing night; oh no I had plans. I had plans to correct an injustice that has plagued me for months. Yes, ladies and gentlemen, I was again attempting,

THE WALL OF PAIN

Way back in April I made an attempt, that left me hugging the curb. Rick was good support, but I just wasn't prepared for my Marathon of Pain. This time I had a new cheer crew: Julianna, Mitch and Erin. I also had the occasional waiter supporting, and threatening me to victory. It was clear that I would be Dueling with the Devil to make this happen, but I was ready. 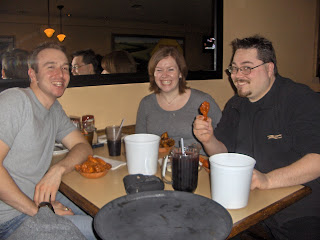 Our waiter came (and he recognized me, which is nice) and when I told him what I was doing, he tried to talk me out of it. I explained I had been on the board but had long been booted off. He accepted and looked to the others. Juliana went for the honey garlic wings (I don't know why, but hey, some people are into crazy things). Mitch went for the medium-hot, enjoying the flavour and a bit of heat. I, on the other hand, had to eat 32 Death Wings just to get on the board. I had spent the day preparing, reading up on wing eating competitions, eating little but not too much to starve, stomach exercises and more. 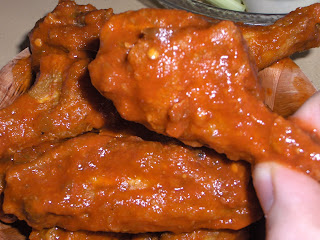 Julianna also added a helpful hint throughout the event: 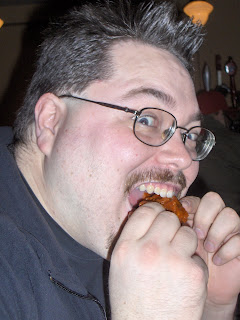 The first 10 Deathwings came, and my cheer squad could immediately smell them. After the physical heat died down, I tore into the first batch. I was on the attack, no mercy, ravaging the first 10 in no time at all. I passed the first test, I didn't go blind. Before long I was ordering another 10. 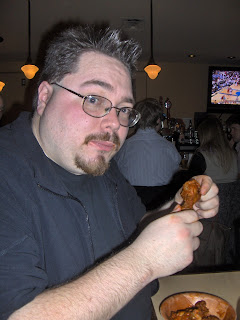 Order #2 came out, meeting the same fate as the first. Destroyed. I had eaten 20 and I was feeling good. Not full, not sweating from heat. I was ready for more. By that point, Erin arrived and continued to support my effort. 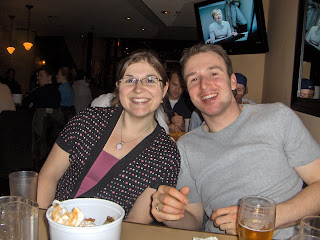 Wings 20-30 had no chance, no chance at all. Not with this crew cheering me on.

When I got to my third order of wings, things slowed down. I was getting full for sure, and worst of all, the sauce was making me nauseous. At #33 it happened. My tummy rumbled. I stopped. This was it, I was sure. Another rumble and a feeling in my throat. Think quick, because I can't throw up now and be disqualified. Think. Think think think. Too late. A rush of chicken cud came up, enough for the spice to scorch the inside of my nose. I swallowed again and it all went back. I was safe, and for some odd reason, I wasn't as full as before. 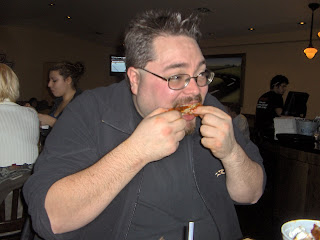 By this point, several waiters had come by. Our waiter kept checking in, restocking napkins and waiting for my next order. Another came by and asked how many I had eaten. "33". "Good, good. Keep it up. You can't quit now. You can't. You came this far, you have to keep eating". Wow, what encouragement. Another staff member came by and told us he did the graphic for the board and whether I was going to make it worth his while (in a joking manner). I wasn't sure at this point.

I had reached the 32 mark, beating the #5 on the list. That's when our waiter said that the board was not up to date and the cut off was now 36 or 38. It was clear that just getting on the board wasn't going to be enough anymore. 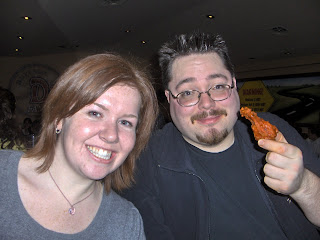 Each wing was becoming a challenge. In my head I was like "its just a few more wings, really, come on." But seriously each wing was now an accomplishment. 1 Deathwing was taking me at least 5 minutes to just chew and swallow. This wasn't fun anymore. This was war. 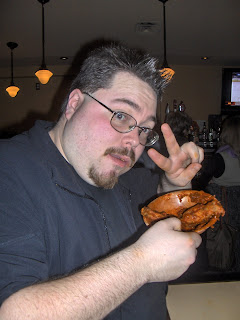 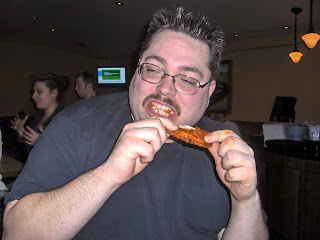 "The Devil pulled up his napkin and said: "I'll start this show."
And fire flew from his fingertips as he ate down to the bone.
And he pulled that wing across his teeth and it made an evil hiss.
As he sucked down the hottest suicide a man's lips could ever kiss.
When the Devil finished, Wing King said: "Well you're pretty good ol' son."
But if you'll sit down in that chair, right there, and let me show you how its done."


"The Devil bowed his head because he knew that he'd been beat.
He laid that Wall of Pain sign on the ground at Wing King's feet.
Wing King said: "Devil just come on back if you ever want to try again."
I told you once, you son of a bitch, I'm the best that's ever been." 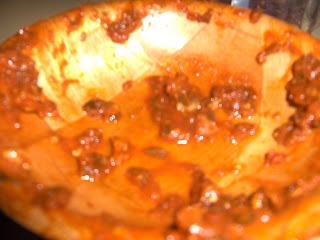 I ate those 40 wings that day, my stomach feelin full
But I felt mighty proud and loud about this stunt that I did pull
I got up on the Wall of Pain, like so very few ever can
With my friends there by my side, I could do it all again
(But I won't, and my stomach thanks me for that) 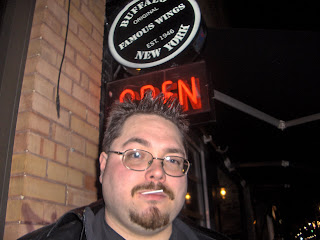 Thanks team for all your love and support. I couldn't have done it without ya! 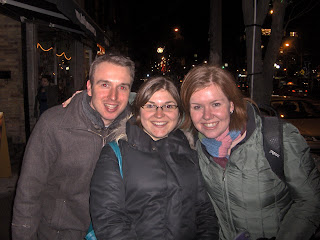