FAQ for the LORD OF THE WINGS

I am on the search for THE BEST chicken wing. Chicken wings are the closest I’m going to come to a religious experience, and I’ve devoted myself to finding the ultimate chicken wing: super hot, super flavourful. Crispy, meaty, big. I don’t know if I will ever find it, but I’m searching. Ontario – Canada – The world. If you have a chicken wing, and no one else can eat it, maybe you can call . . . THE WING KING.

LOTW is a blog about chicken wings. Reviews, Recipes, News on all things wings and a few things that are not. It’s updated relatively frequently. I’m based out of Ontario, Canada but my reviews and news are global. If you are looking for information on Honey Garlic, I’m sorry, but that’s not a chicken wing and you won’t find anything here on them except scorn.

The Primary Goal of this Blog is to review Pubs, bars, restaurants, recipes etc about Chicken Wings - looking for the best chicken wing out there. Along the way, I will look at other menu items at various places, news about wings, and other food related topics, such as suggestions for non-wing lovers and/or vegetarians out there.

FAQ for the
LORD of the WINGS
(in 3 parts: PERSONAL, BLOG, WINGS)
PERSONAL
So who are you and where do you live?
I am the Wing King. I am the Lord of the Wings. As for where I live, well I’ve been all over Ontario, Canada. Right this moment (Summer 2009), I’m residing in Ottawa Ontario.

What do you do?
I eat chicken wings and write about it. Outside of that, I work in education, media and other freelance endeavours.

Are you a professional critic? Chef?
Nope.

So what makes you think you know what your talking about?
I write about what I know. In my cooking, I make mistakes, and everything is a work in process. As for my reviews, I knows whats I like.

Lord of the Wings – is that a Lord of the Rings reference? Are you a huge fan?
It is a reference . . . I enjoyed the book and the movie, but really, the name was just catchy, that’s where the connection ends. There's also a Dr Strangelove Reference up there too.

Lord of the Wings, Wing King – did you get these titles because you can eat the most wings? Eat wings the fastest?
No, there are people who have been recorded as eating more and faster than me.

Then did you get the title because you can eat the hottest wings?
No – I can eat hotter wings than most people, but there are others that can eat hotter than me.


But don’t famous people like Drew “Wing King” Cerza already have those names?
When I started out, back before the blog really started, I didn’t know anyone doing what I was doing or titling themselves LOTW or WK. Now I know, and knowing is half the battle. Plus, there are only so many chicken wing monikers out there. I guess I’m the ‘Canadian’ Wing King.


Why Chicken Wings?
They have always been my favourite food. Since I was young, if we went out for dinner or I was on a trip, I wanted to try each places wings because they are different everywhere. And wings are an accomplishment food. Whether it’s eating ridiculous amount all at once, or eating the hottest wings on the menu, your meeting a challenge. There’s a sense of accomplishment. You can’t get that from hamburger.


Are you trying to become famous?
Would I say no to a book/tv/movie deal? No. But I’m more interested in finding the best wings out there.


Have you ever been recognized?
Yes, just last week I was getting some t-shirts made and the guy had read the blog. I’ve had a guy at a bar recognize me too. But I’ve never been recognized by a restaurant while doing a review. I was in a Chinese restaurant in Toronto and this guy from the States thought I was Silent Bob (Kevin Smith), but that doesn't count. 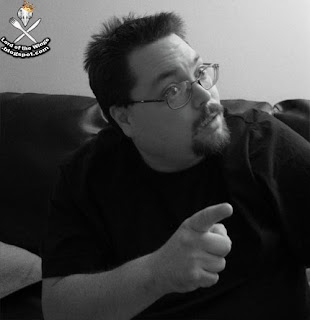 THE BLOG
Why a blog?
In the early part of the new millennium, I had planned on making a chicken wing website, but my web-building skills were pretty weak. Eventually, Blogger came along and everything was easy. Well almost, but everything evolved.


But WHY?
Really, this is just for me. I was sick of going to a place and not remembering whether they had good wings or not. Coming up with a score and photos, I had something to look back and could reflect on what was good and what wasn’t. Plus people would ask where to go, and now, they can just look to the blog.


Why do you do your reviews anonymously?
I want honest wings that haven’t been doctored up for some media coverage. Obviously some places are going to have an off-day, but you can generally tell when a place cares or not.


Do you make money off of your blog?
No. Lots of people say I should have advertisements or that I should tell restaurants to get free wings, but I feel that compromises my integrity. Not to say I haven’t accepted a freebie here and there, which I will note in the blog, but I would only ‘endorse’ something that I really stood behind.

I will review products or places when invited, with the clear understanding that I will be honest in my review. In general, I try to look for the positive in things, but that’s not always possible.
Do you do your own photography or does someone do it for you?
No it’s mine. It’s nothing special and I use a plain point-and-shoot camera. Sometimes my friends will take photos and I post them too, and I credit them where appropriate. I have/do steal the occasional image from the net, but I now try to credit my sources (like from a restaurant website), especially after I found someone not crediting one of my photos.


How long does it take to make a post?
A long time actually. An hour give or take for the meal itself and photos. Uploading the photos, picking the best photos, and photoshopping can take up to an hour or so. Then uploading to blogger. Then the writing, figuring out what the story or angle exists in the review, then actually writing. Then formatting with the photos and the text: all of that can be over an hour long. Then, actually editing (sometimes I skip this and do it the next day when I actually re-read what I wrote). So about 3 hours, give or take, to do one post. That’s why I can get behind pretty quick. 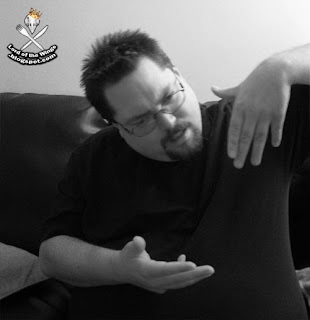 What is your favourite chicken wing?
I like a wing that is dusted, deep fried, and tossed in a Buffalo-style sauce that is hot enough to make ME cry. But it has to have a lot of flavour.

Where was your best wing? Worst?
There are many places I love wings, for different reasons. Duff's in Toronto On/Amherst NY for Buffalo Wings, Moose Winooski's in Brantford On for breaded jumbo 'campfire' wings to name two.

As for worst, 3 places come to mind. Sizzlers in Toronto, ON, where my wings were tiny and overcooked.
Fat Albert's in Ottawa On, for expensive wings that were tiny, and from a grocery freezer. And finally, Bruyere's in Cornwall On, which were shrivelled, tiny, and possibly boiled.


What is your biggest pet peeve concerning chicken wings?
MISINFORMATION! People baking a chicken wing, or breading a wing, and then calling it a Buffalo wing.

Also, people who half-eat a chicken wing: they eat down the centre, but leave meat on the ends or everywhere, and then complain that chicken wings don’t fill them up.

Also, people who refer to Honey Garlic as a chicken wing.

What’s the hottest wing you’ve eaten?
I’ve eaten wings that were rated as high as 300 000 Scoville units, but I’m pretty sure that’s very inflated rating from the restaurant.


How can you eat that spicy? WHY would you eat something that spicy?
Some people feel that when something is super spicy, they can’t taste anything. But once you build an immunity to the heat, then you will find other food becomes bland. The best wings I have had are super hot, causing me to cry, but still have a lot of flavour.

You can reduce heat by having some sort of milk beverage, or bread. But bear, pop and water will NOT help cut the pain.

As for why? Well, there is the accomplishment of doing something others can’t. When you eat spicy food, your body sends out endorphins, which act like a drug, and give you a natural high. That’s awesome too.


So do you just eat spicy wings?
No, I like BBQ sauced wings, dill wings, honey mustard wings, Cajun, tandoori, well, pretty much anything. Just no honey garlic. Not a wing.


What is the best beer to drink with chicken wings?
First off, I don’t drink, so I don’t know. For me, Cherry Coke is the perfect accompaniment. But beer is like wines, and different beers can be selected to match the type of wing to really bring out the flavours of the sauces.


Blue Cheese or Ranch with your carrots and celery?
I like both, but blue cheese would be my first choice. Actually a good dill dip is good too. Just don’t give me sour cream (Ottawa, I’m looking at you).

Welcome back Wing King!!!
I don't know where you went, but welcome back